Interest in Robert Mueller and the sprawling Russia investigation he oversaw for two years plummeted on MSNBC and CNN following his testimony last month, a Free Beacon analysis found. 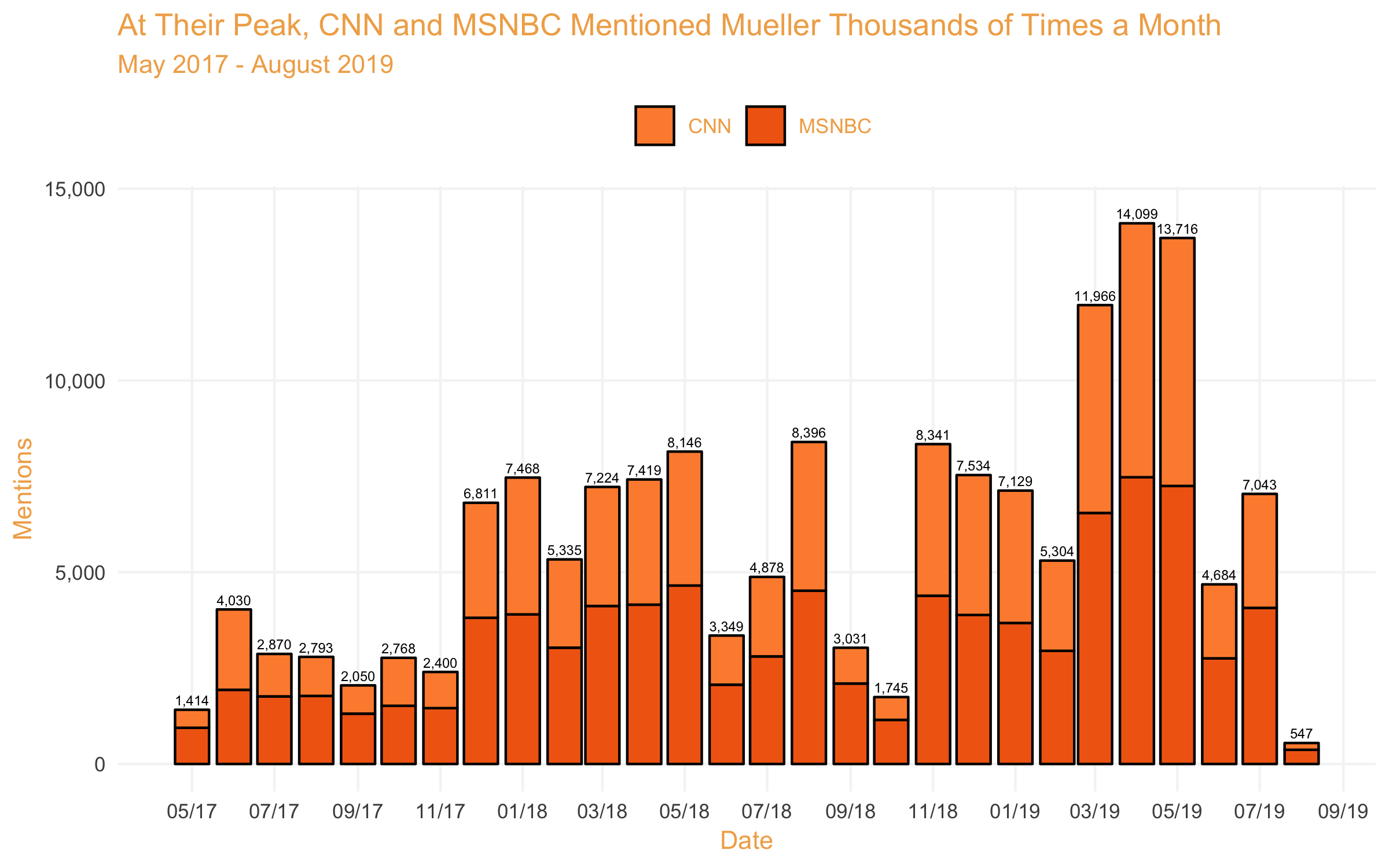 The number is a low estimate of how often Mueller was discussed on the two left-leaning cable outlets. IQ Media monitoring service will, at times, count a word mentioned twice in the same sentence as only one mention, and there were several days where no closed captioning was available for CNN. However, the count does include times non-media personalities discussed Mueller, for instance, President Donald Trump talking about the investigator at a press conference.

The period covers from the day Mueller was appointed special counsel to a week after his testimony about his report before Congress, which took place on July 24. Members of the media ripped his testimony as "boring," "uninspired," and a "disaster," with one MSNBC analyst saying he had "sucked the life" out of his own report.

However, Mueller concluded there was no conspiracy between Trump's campaign and Russia to meddle in the 2016 election—frequently referred to as "collusion" on cable—and did not come to a conclusion as to whether he obstructed justice.

The Free Beacon‘s analysis, which used the IQ Media monitoring service, did not include repeat airings of shows in its count. For instance, MSNBC and CNN re-air their primetime programming starting at midnight until their live morning programs begin. MSNBC airs repeats of several Friday daytime and primetime shows on Saturday evenings, and CNN re-airs Sunday shows State of the Union and Fareed Zakaria GPS.

On weekdays, CNN airs 20 hours of original programming, beginning with Early Start at 4 a.m. ET, through two hours of liberal host Don Lemon's show Tonight at 10 and 11 p.m. MSNBC airs 19 hours of original programming on weekdays, starting with First Look at 5 a.m. until Brian Williams's The Eleventh Hour at 11 p.m. It began airing First Look at 4 a.m. on Mondays earlier this year.

MSNBC's Morning Joe re-airs some of its 6 a.m. hour at 8 a.m., but the Free Beacon kept that hour in its analysis since there's still some live programming during that time.

Among them were Sept. 9-10, 2017, when the network was covering Hurricane Irma; Oct. 2, 2017, when it was covering the Las Vegas massacre; and Sept. 27, 2018, when Supreme Court nominee Brett Kavanaugh and Christine Blasey Ford, who accused him of sexually assaulting her, testified in front of the Senate Judiciary Committee.

CNN didn't mention Mueller on 32 days in the period under analysis.

A later Free Beacon story will compare the more conservative Fox News's coverage of the Mueller probe with that of its liberal counterparts.