Meena Harris, the controversial niece of Vice President Kamala Harris, promoted a racially charged attack on Sen. Joe Manchin (D., W. Va.) over the weekend as liberals assailed the senator as a "white supremacist" for refusing to back their partisan agenda.

Harris retweeted a Twitter tirade posted by Jemele Hill, the disgraced former ESPN anchor, who described Manchin as a "cowardly, power-hungry white dude" who was complicit in upholding "white supremacy." 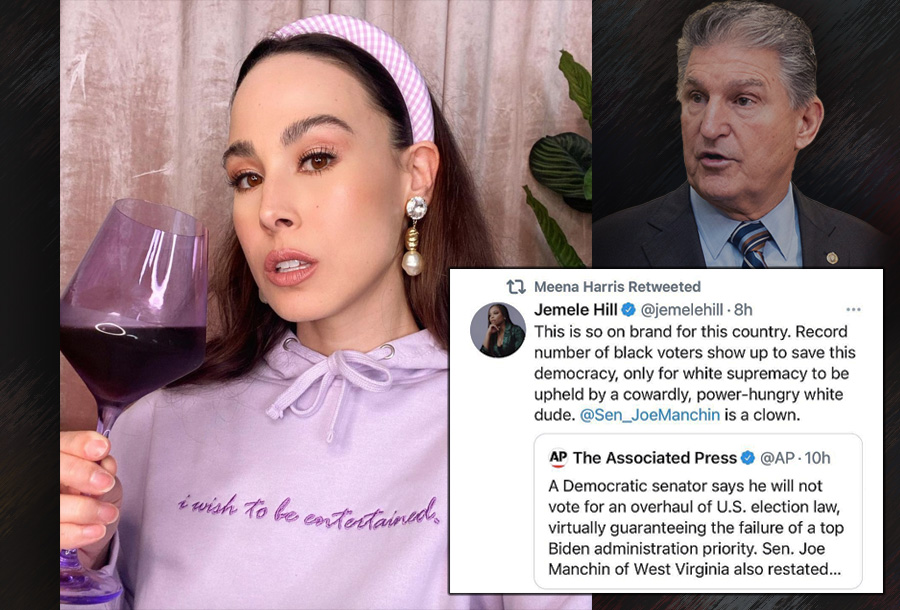 Harris and Hill were hardly the only libs to attack Manchin after the senator announced his opposition to the Democratic Party's radical election reform bill and reiterated his opposition to eliminating the filibuster in an op-ed published in the Charleston Gazette-Mail.

"Voting and election reform that is done in a partisan manner will all but ensure partisan divisions continue to deepen," Manchin wrote. "With that in mind, some Democrats have again proposed eliminating the Senate filibuster rule in order to pass the For the People Act with only Democratic support. They've attempted to demonize the filibuster and conveniently ignore how it has been critical to protecting the rights of Democrats in the past."

Meena Harris continues to be one of the most controversial members of the vice president's family. She is what most observers would describe as "extremely online," combining generic left-wing activism with non-political content, such as her recent Instagram post asking followers, "Is it cheugy to post bathroom selfies??" 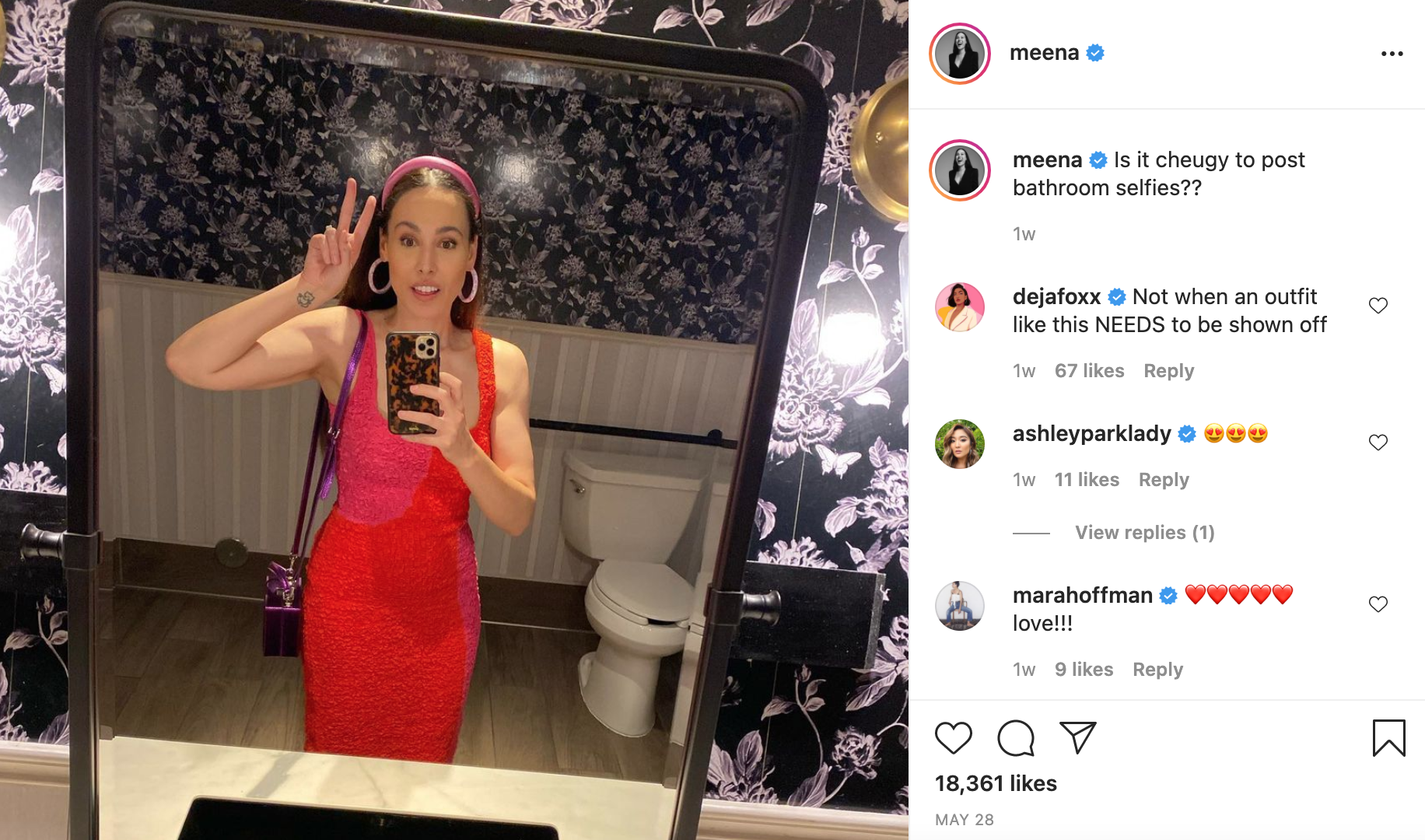 Harris, who left her job as an Uber executive to start a #Resistance-themed clothing company, posts constantly on social media and shares her Aunt Kamala's habit of rushing to judgment before the facts of a case have been revealed.

There are few issues on which Harris is unwilling to voice an opinion. In her most recent take on the Israeli-Palestinian conflict, for example, she argued that opposition to "Palestinian oppression" was inextricably linked to the cause of "LGBT & women's rights." She meant the "oppression" of Palestinians by Israel, not the oppression of Palestinian women and gay people by their own government.

Amnesty International reports that women in the West Bank and Gaza routinely face "discrimination and violence, including killings as a result of gender-based violence," and members of the LGBT community are "denied the freedom to exercise their rights," particularly in Gaza, where the penal code "criminalizes consensual same-sex sexual activity and makes it punishable by up to 10 years' imprisonment."