Everything You Need to Know About Kamala’s Niece, Resistance Grifter Meena Harris

No argument there. It's why Joe Biden's team was skeptical about choosing Kamala as a running mate, and it's why Meena's "woke" apparel company, Phenomenal, will print the word "ambitious" on a sweatshirt for $59.

Ambition isn't the only thing Kamala and Meena have in common. Both are also adored by professional journalists to an unhealthy degree. Meena, for example, was recently the subject of a New York Times profile that is indistinguishable from a professional public relations campaign.

The article's subhead reads: "Kamala Harris's niece is building her own empire with statement T-shirts. Just don't define her by her family." Which is an unusual thing to say about the author of a children's book "inspired by a true story from the childhood of the author's aunt, Kamala Harris, and mother, lawyer and policy expert Maya Harris." Her second book, Ambitious Girl, comes out next week.

Meena Harris is the embodiment of the modern Democratic Party. She's an Ivy League-educated lawyer who served as head of "strategy and leadership" at Uber. Her husband, Nik Ajagu, is the global head of technology partnerships at Facebook. They've made a lot of money working for reviled multinational corporations, but at least they care about the right things.

Harris quit her job earlier this year to focus on Phenomenal, which sells social justice and #Resistance-themed apparel to celebrities and other liberals in the market for physical proof of caring about the right things. You can also buy this Dr. Anthony Fauci mug for just $52 or this Sonia Sotomayor swimsuit for $55. Not all of the items for sale have an explicit social-justice theme, like this "Samosas / Mimosas" shirt. 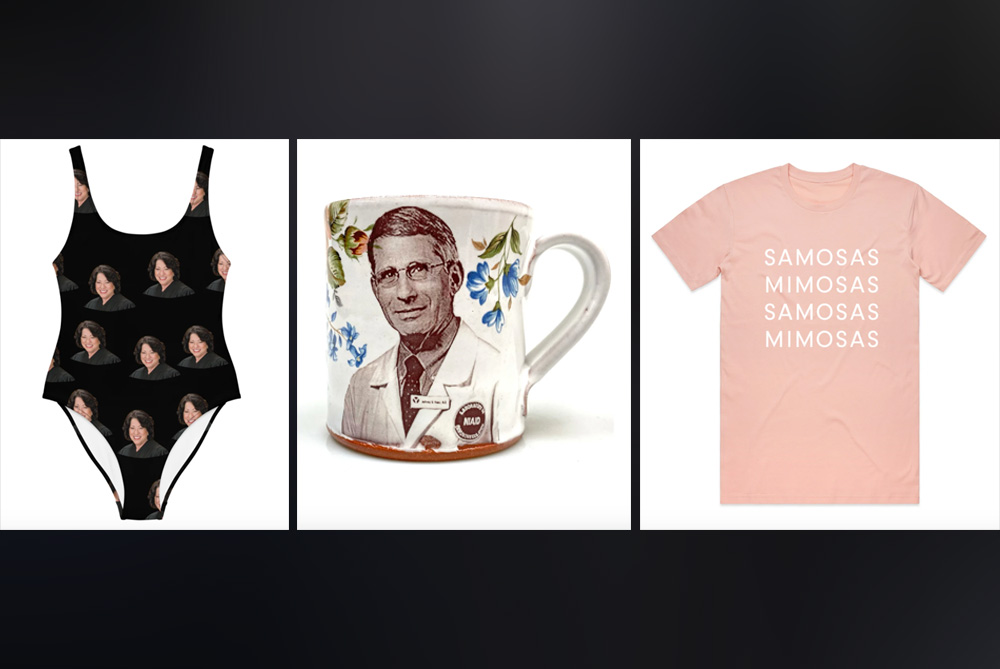 It's cool, though. A portion of Phenomenal's profits is donated to social-justice organizations.

Meena's stepfather, Tony West, served in the Obama administration as associate attorney general. Like most former Obama officials, he went on to work for a reviled multinational corporation. He is currently the chief legal officer at Uber, where he helped lobby for Proposition 22, the controversial ballot measure that would allow Uber to continue classifying its drivers as independent contractors, rather than as full-time employees entitled to benefits.

"Let me be super clear about this: I voted against Prop 22," Harris tweeted several weeks after the ballot measure was approved in November. "Carry on." She restricted the replies to the tweet in an effort to combat "bad-faith trolls." Meena, like her mother Maya Harris, is extremely online and spends an unhealthy amount of time rage-tweeting about Republicans.

Shut the fuck up Matt Gaetz

Shut the fuck up Lindsey Graham

Shut the fuck up Ben Sasse

Pence is a despicable coward

That's it. That's all you need to know.