'Gen. Powell, you disappoint us and you have harmed your legacy even further by defending what has clearly been the most feckless foreign policy in my lifetime'

After playing coy for much of this election cycle, the former Secretary of State Colin Powell endorsed President Barack Obama Thursday morning for reelection.

Powell famously endorsed Obama over his opponent Sen. John McCain in 2008 and campaigned with Obama—once even spasmodically dancing at an Obama rally with hip-hop mogul and .067 percent owner of the New Jersey Nets, Jay-Z.

As reported by The Hill, on the "Kilmeade and Friends" radio program today, host Brian Kilmeade asked the Senator about today’s Powell endorsement and McCain unleashed a scathing attack on the rapidly aging former Secretary, "Gen. Powell, you disappoint us and you have harmed your legacy even further by defending what is clearly the most feckless foreign policy in my lifetime," McCain said.

McCain was not the only former GOP presidential contender to react to the Powell endorsement today. Irrelevant former governor of Utah, Jon Huntsman also weighed in on Powell’s move, in hard-hitting interview conducted by his own daughter, Abby for the Huffington Post. In explaining the significance of the endorsement, Huntsman heaped praise upon the former general, stating "If his voice had been heard before we went into Iraq many years ago, I think history would have played out much differently."

Powell, of course, was the leading voice on behalf of the United States in making the nation’s case for removing Saddam Hussein from Iraq at the United Nations. 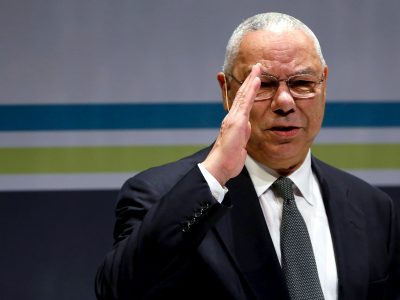 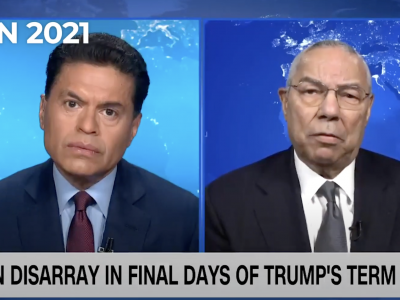