Feature: How I became a ghost on Twitter; plus: Pissed-off Newt Gingrich, why shoes shouldn’t be left out in thunderstorms, and vaccines

CLEVELAND, Ohio—This is the first of a series of dispatches from the Republican National Convention. If you are interested in reading the rest of them, please check back at this space: you will not be able to keep up with me on Twitter.

This is why: On Friday, in between Lauds and Prime, I logged into my account and re-tweeted Sam Kriss before hopping into an Uber to my office. When I tried to log in again around 11:00 a.m., I discovered that my account had been suspended. I received a bizarre message with an apology in the first paragraph saying the account had been labeled spam. After I hit "agree," I saw that all my followers had disappeared. Since then it has been impossible to follow me on Twitter; hundreds of people have reported clicking "follow," refreshing, and seeing the follow disappear. Many kind persons have appealed to the official Twitter support account on my behalf, for which, many thanks. It is very hard to work as a journalist when no one is allowed to follow your Twitter account. (In the meantime, I have created a ghost account.) 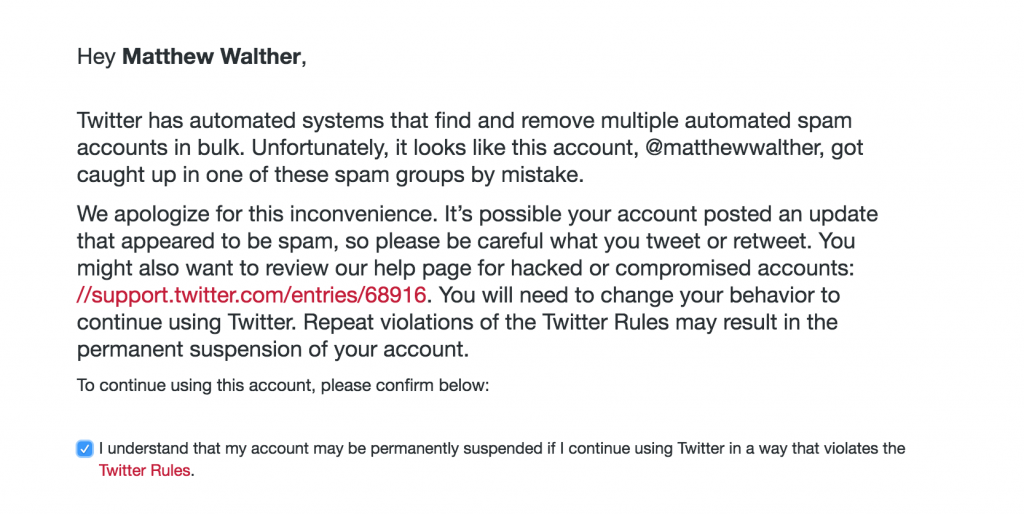 Now I am here. The boozing started before we left D.C. on Sunday. After Mass I met up with some trusted journalistic colleagues and a dog for brunch in Logan Circle, not a part of the District frequented by your correspondent. We sat outside for about an hour. I drank four mimosas at the restaurant and chugged a beer before getting in the car for Baltimore. On the plane, which we nearly missed, I was next to a very large man whose bulk made it impossible for me to read my P.D. James novel. Instead I pulled my hat over my head and slept. At our three-story modernist house in Tremont, west of the Cuyahoga, I drank two Bud Lights and took a cab into Cleveland proper.

The North Coast is a labyrinth this week. Only a highly decorated Special Forces officer with experience in urban combat could begin to make sense of the rent-a-gates, saw horses, steel platforms, and winding tracks closed to everyone except official cars and shuttles. I would describe the aesthetic as a cross between Blade Runner—albeit without any sign so far of acid rain—and Alfonso Cuarón’s Children of Men. If King Crimson were available on YouTube and I owned earphones I would have put on "In the Court of the Crimson King" to accentuate the atmosphere of shabby authoritarianism—ultra-modern, but with a distinct undertone of brutally atavistic menace. We were supposed to be on our way to a party, but we couldn’t find the right line. Was Newt Gingrich having the same problem? Exiting the secure area while I entered it again, he looked angrier than I have ever seen him.

We ended up at a bar called the Winking Lizard, where we were told that the wait for food would be a long one. One of my colleagues got his sandwich only five minutes after ordering it. We tried to explain to him that someone else’s sandwich must have been sent back. He didn’t care. Nor, after an hour of nothing but beer in the heat, did we when he invited us to finish his French fries. At one point an alternate delegate from Rhode Island asked to bum a cigarette. "Ah, the great state of Rhode Island!" I said. "Chafee country." She looked as if she hadn’t heard me.

Around 11:30 p.m. on Sunday another colleague texted to say he was at a bar somewhere near the lake smoking free cigars. "It’s f—ing incredible." We were at a Mexican restaurant downtown drinking beer and gin and commiserating with a convention staffer. How is work going? "It’s somewhere between a dumpster fire and the comet that killed the dinosaurs," she said. 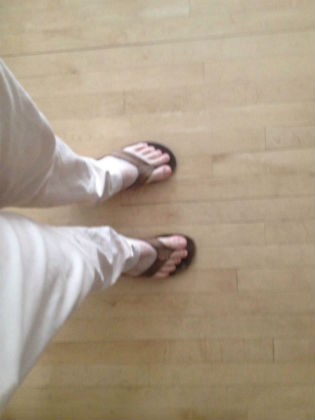 I arrived home just after midnight and had one last beer and three cigarettes on the deck. It was so relaxing I even kicked off my shoes. This turned out to be the biggest mistake I’ve made so far. Around three in the morning I was awoken by the sound of thunder. It was very pretty, and I dozed off again almost immediately. It did not occur to me to retrieve my shoes, which I discovered this morning, soaking wet and more or less ruined. A colleague was kind enough to loan me his flip-flops, which I wore inside the perimeter this morning. From there I set off for a Brooks Brothers on the lower level of a mall, which was almost impossible to access. The store’s manager had to find me on the street and lead me through the maze. The boat shoes I bought were $200. They are very nice.

After getting my shoes I chatted with a middle-aged woman carrying a sign denouncing "Vaccine Crimes Against Humanity." She would not tell me her name because she saw my press badge and insisted that I was "with the mainstream media," though she relaxed a little bit when she saw me light up a cigarette. She followed suit. "These monsters are putting chemicals in everyone’s bodies—in their bodies!" she said as she puffed away on her Marlboro Red 100. At 4:00 p.m. I will be watching a debate at a park. One of the worst bands of the ’90s is playing a benefit show tonight. The security is a pain, but at least everything is safe. The only explosion I have heard so far came from fireworks.

Between my new shoes and the fact that I was not even remotely hung-over this morning—I credit the Great Lakes air—things are looking up.