As part of a series of endorsements revealed Wednesday morning, the progressive PAC announced its endorsement of Betsy Sweet, a former candidate for governor in 2018. "Betsy has spent her entire life fighting for working families all across the state of Maine," the group wrote in a tweet. "It's clear that Susan Collins has to be replaced with a bold progressive champion."

Late last month, the DSCC endorsed Sara Gideon, the current speaker of the house in the Maine legislature who announced her run after Sweet jumped into the race.

Justice Democrats' endorsement will lead to a clash between the DSCC's preferred candidate and the group that helped propel progressive candidates like Alexandria Ocasio-Cortez (D., N.Y.) and Ilhan Omar (D., Minn.) to victory in 2018.

Huffington Post reporter Kevin Robillard pointed out on Twitter that Justice Democrats' endorsement in a major race marks a change from the group's past electoral priorities, which targeted Democratic candidates in safer Democratic districts.

If her 2018 gubernatorial candidacy is any indication, Sweet will run on major progressive priorities like single payer health care, a higher minimum wage, and stricter gun control. At her kickoff event, she also mentioned climate change and protecting pro-choice interests as campaign priorities. Prior to her run for governor, Sweet worked as a lobbyist.

The winner of the Democratic primary will take on Collins, who became a major Democratic target after casting her deciding vote to confirm Judge Brett Kavanaugh to the Supreme Court.

I’m running against Susan Collins for U.S. Senate because Mainers deserve a senator who will always put our state first. Let's build this campaign together. Will you join us? ➡️ https://t.co/mcihP9UtNE #MESen #MEpolitics pic.twitter.com/1SbV0MbMKM

Collins is facing a difficult battle for re-election, although she has weathered electoral challenges before. So far, at least three Democrats will vie for the nomination: Gideon, Sweet, and lawyer Bre Kidman. Derek Levasseur, a conservative writer, will attempt to primary Collins from her right.

Collins, a 22-year political veteran, won re-election in 2014 with more than 68 percent of the vote. She also enjoyed a personal best in fundraising the quarter after her Kavanaugh vote, although a large portion of the money came from out-of-state donors. By March of this year, she raised more than $4.4 million for her re-election campaign. 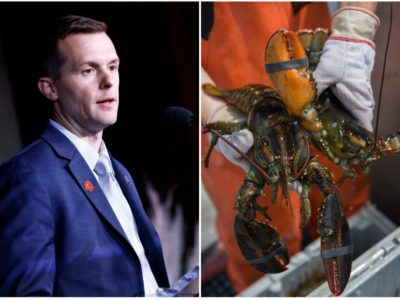