Judicial Watch called on Tuesday for the House of Representatives to conduct a "full investigation" into allegations that Rep. Ilhan Omar (D., Minn.) was married to her brother.

In a letter to the Office of Congressional Ethics the group points to "substantial, compelling and, to date, unrefuted evidence" suggesting Omar may have broken both state and federal laws.

"Substantial, compelling and, to date, unrefuted evidence has been uncovered that Rep. Ilhan Omar may have committed the following crimes in violation of both federal law and Minnesota state law: perjury, immigration fraud, marriage fraud, state and federal tax fraud, and federal student loan fraud," the letter states.

The marriage in question, in 2009 to a man named Ahmed Nur Said Elmi, lasted just two years, Omar has said, but the two weren't legally divorced until 2017. Omar in tax filings said she was married to her current husband, Ahmed Abdisalan Hirsi, while she was still legally married to Elmi. Official documents also reveal she was still living with Hirsi, the father of her children, in the years she says she was married to Elmi.

"The evidence is overwhelming Rep. Omar may have violated the law and House rules," Tom Fitton said, the group's president. "The House of Representatives must urgently investigate and resolve the serious allegations of wrongdoing by Rep. Omar."

Omar's congressional office has declined to cooperate with media outlets attempting to investigate the marriage.

The Squad Telegraphs Its Priorities 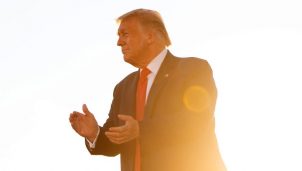