Payroll and benefits transactions to Clinton total $254,000 since April 2015

The Clinton campaign, which did not respond to multiple requests for comment before publication, contacted the Washington Free Beacon after the story was published and said the amounts listed were in-kind contributions to the campaign from Clinton.

"Those are in-kind donations from Hillary Clinton, not payments to her. Sorry for the slow response," said campaign spokesman Josh Schwerin.

The campaign of Democratic presidential frontrunner Hillary Clinton has made payments totaling six figures to Clinton this election cycle, according to a review of its expenditures.

Federal campaign finance records reviewed by the Washington Free Beacon found that starting in April 2015, the month that Clinton launched her campaign, thousands in payments began flowing to the candidate. Clinton has previously claimed that she and Bill Clinton were "dead broke" when he left the White House, but the two have since amassed millions of dollars in wealth.

The first transaction from Hillary for America to Hillary Rodham Clinton came on April 13, 2015 in the amount of $74,042. This transaction was filed under ‘Payroll & Benefits’ with a separate payment of $1,488 for ‘Employee Benefits’ that same day, according to FEC filings. On April 14, just one day later, $744 went to Clinton marked as employee benefits.

The next in a series of payments to Clinton did not occur until later in the year.

Moreover, some of these payments were shown to overlap with money given to Clinton Executive Services Corp., the private company set up by Hillary that oversaw the use of her private email server during her tenure as secretary of state.

No other candidate running for president recorded payments to themselves, FEC files show. Donald Trump reimbursed $410,000 to himself and other Trump entities for payroll expenses, rent, hotel, and restaurant bills in December, according to reports.

While it is legal for candidates to pay themselves from campaign funds, the rule was established and intended for candidates who are not well off and quit their jobs to run for political office.

Clinton’s campaign did not respond to a request for comment on the payments by press time. 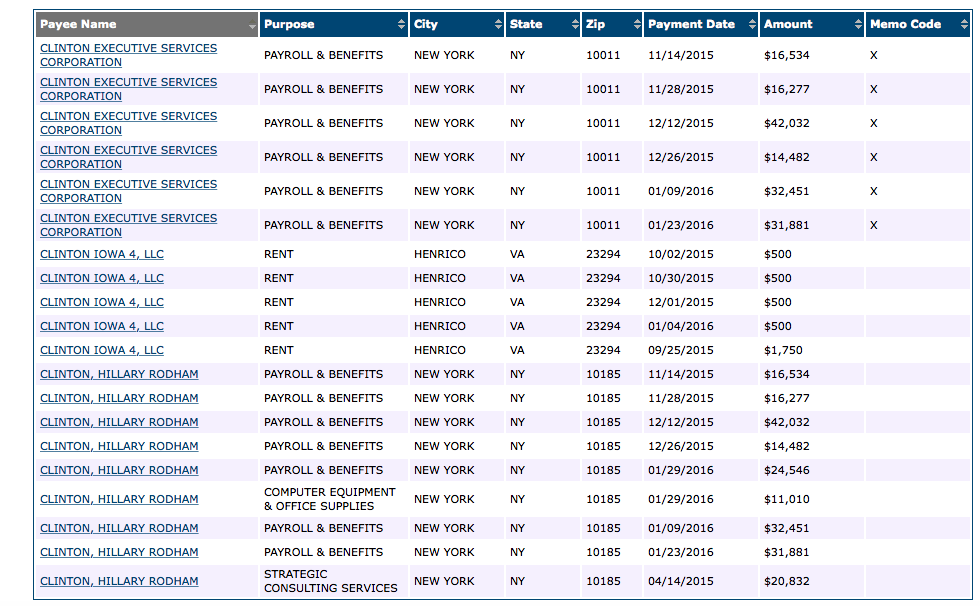 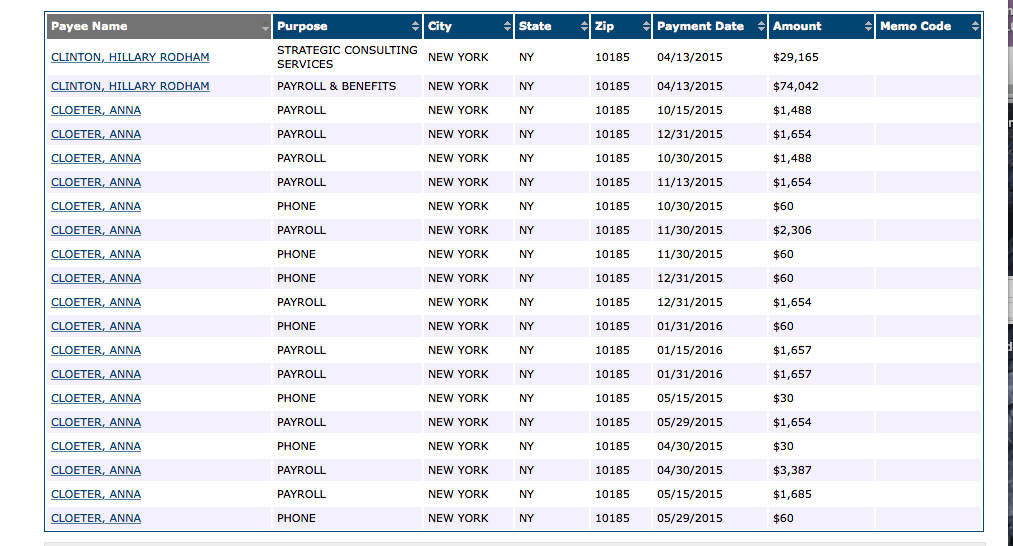 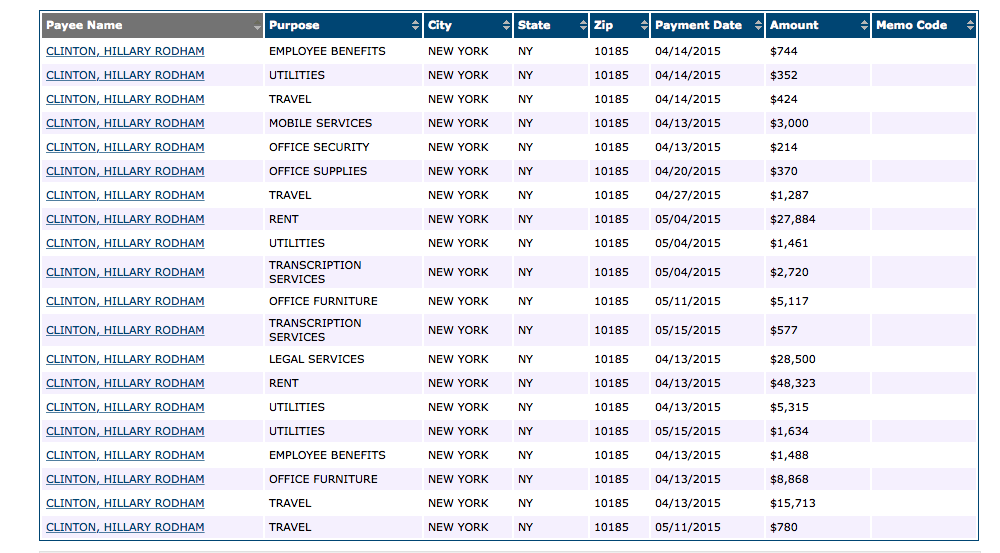