Democratic Sen. Kirsten Gillibrand (N.Y.) said Tuesday that corporations own Washington, D.C., and called for publicly-funded elections to take money out of politics.

"Is Washington owned by corporations, as we all cynically fear?" Colbert asked Gillibrand.

"Well, yeah," the senator responded. "I believe that—first of all, we have dark money in politics. We have unlimited corporate spending with no accountability, no transparency. So we have to get the money out of politics … It undermines our democracy."

Gillibrand, whose name has been floated as a potential 2020 presidential candidate, then touted her recent vow to stop accepting campaign donations from corporate political action committees. She joined Sens. Bernie Sanders (I., Vt.), Elizabeth Warren (D., Mass.), Maria Cantwell (D., Wash.), and Cory Booker (D., N.J.), all rumored to be mulling White House bids, in pledging to no longer accept such contributions.

Gillibrand's decision came after she accepted $4.9 million from business PACs from 2005-2018, the Washington Examiner noted.

"Money is not speech," she said. "I do not believe that the Supreme Court saying money is speech and corporations have the same free speech rights as Americans. That is not true."

Gillibrand then called for public financing of elections.

End Citizens United PAC endorsed Gillibrand after she announced her promise to no longer accept money from corporate PACs.

Report: Georgia Dem May Face Another Run-In With the Law 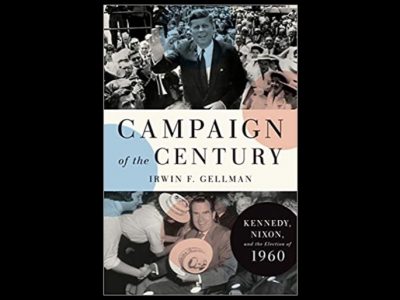