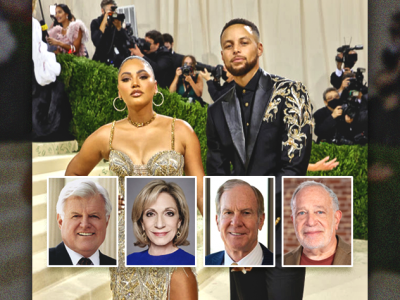 Trend Alert: Steph Curry Is Hardly the First Rich Lib to Oppose Liberal Policies in His Own Backyard 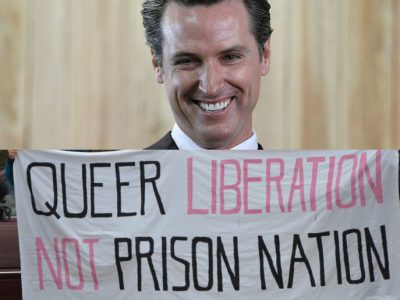 California's population fell by more than 182,000 in 2020, the state's first yearly population decline in recorded history, as thousands of residents fled the Democratic-controlled state.

The shocking exodus could be an issue for embattled governor Gavin Newsom (D., Calif.), who will face a recall election later this year. Earlier this week, the California secretary of state announced recall proponents had collected enough valid signatures to trigger a gubernatorial recall, the first of its kind in nearly two decades.

Rising crime and homelessness, unaffordable housing costs, exorbitant tax rates, and a botched response to the COVID-19 pandemic are among the factors fueling the effort to oust Newsom, who was busted on several occasions for flouting the state's pandemic-related restrictions on public gatherings.

Residents have been fleeing California on a consistent basis over the last decade. According to a census data analysis, 6.1 million people left California for others states between 2010 and 2020, compared with 4.9 million who moved to California from other states during that same period. Last year's population decline suggests residents are increasingly fed up with the Democratic Party's stranglehold on the state's political system and with elected politicians' inability to address the numerous crises facing the state.

Newsom is not the only Democrat in California to come under fire for failed leadership. Chesa Boudin, the radical left-wing district attorney of San Francisco, is facing two separate recall campaigns that have until Aug. 11 to collect the required amount of signatures. Boudin was recently the subject of a 60 Minutes profile that was largely sympathetic to his controversial efforts to reform the criminal justice system by refusing to charge and imprison violent criminals.

Boudin, the son of left-wing terrorists who were convicted for their role in an armed robbery that left two police officers and a security guard dead and several others severely wounded, worked as a translator for Venezuelan strongman Hugo Chávez before being elected district attorney in 2019.

Boudin's efforts to crack down on law enforcement have not been especially well-received, even in deep blue San Francisco. Several people were killed last year by repeat offenders who might have otherwise been in prison for past criminal acts. They were on the street because Boudin's office declined to file charges in the name of social justice.

In March, the radical district attorney dropped charges against a man who filmed a racially charged assault on an elderly Asian man and later uploaded a video of the violent attack on social media. The man was also suspected of violating his probation related to a battery charge.

Concerned citizens are fleeing the Newsom-Boudin axis of terror for good reasons. Those who stay are left with few viable options. One of them is to make history by electing Caitlyn Jenner the first trans governor in American history.

Trend Alert: Steph Curry Is Hardly the First Rich Lib to Oppose Liberal Policies in His Own Backyard