Joe Biden announced his presidential campaign on April 25, 2019. Since then, not a single boat parade has been held in his honor. For those keeping score at home, that's a whopping 480 days without a boat parade. When knowledgable pundits discuss the "enthusiasm gap" between Biden supporters and the MAGA faithful who can't wait to cast legitimate votes for President Donald J. Trump, this is precisely what they are talking about.

While Biden is approaching an unprecedented 500 days without a single boat parade in his honor, Trump supporters have been parading their boats in epic fashion and recently broke the world record for largest boat parade in history. Since Obama left office, the boaters can celebrate their patriotism without fearing arrest and imprisonment by government-backed "climate militias."

As usual, the mainstream media declined to cover the historic boating event, probably because their elitist worldview refuses to acknowledge the existence of any watercraft too small to be classified as a yacht. As usual, Trump was forced to subvert the media's corruption by releasing his own content.

"I appreciate the boaters for Trump," the president said in a video statement from the White House. "I just wish I had time. I'd get on one of those boats and I'd be carrying a flag also." Trump urged his boaters to keep up their enthusiasm until Election Day in November. "We can't let the Radical Left take over this country," he said of Biden and the Democratic Party. "These people are crazy, and we have to stop them." 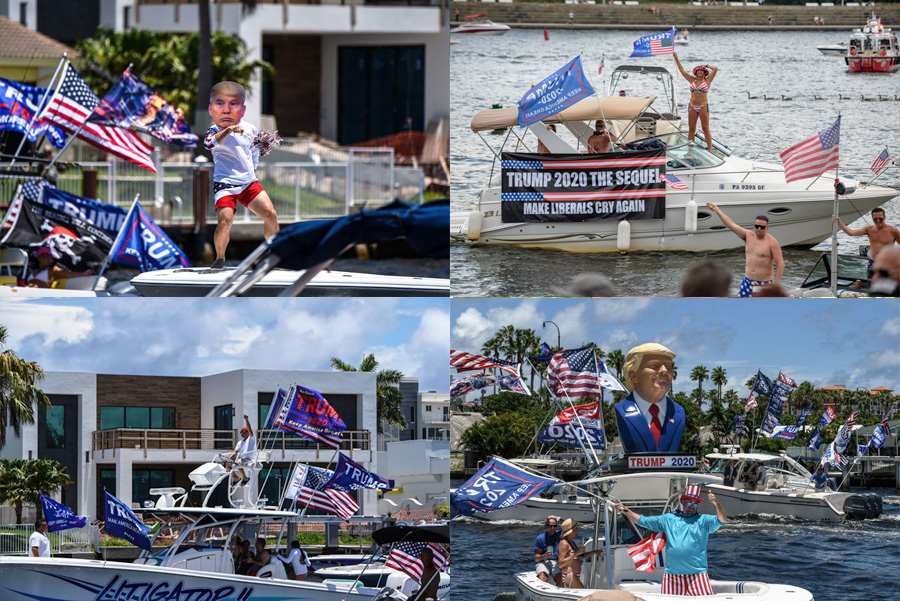 In other boating news, failed politician and Big Ketchup husband John Kerry finally accomplished something by winning a sailboat race around Martha's Vineyard.