Mattis Tells Military to ‘Be Ready’ Regarding North Korea

Secretary of Defense James Mattis on Monday urged the U.S. military to "be ready" regarding the nuclear threat posed by North Korea so President Donald Trump can employ military options if necessary.

"What can the U.S. military do to lessen the likelihood of conflict on the Korean peninsula?" a questioner asked at the Association of the U.S. Army's annual meeting.

Mattis said the government is currently using a "diplomatically led, economic sanction-buttressed effort" to try to deter North Korea from its nuclear ambitions but said the future is unpredictable.

"Now what does the future hold? Neither you nor I can say, so there's one thing the U.S. Army can do, and that is you have got to be ready to ensure that we have military options that our president can employ if needed," Mattis said.

"The international community has spoken, but that means the U.S. Army must stand ready," Mattis said. "So if you're ready, that's your duty at this point in time."

Trump tweeted again about ongoing tensions between the U.S. and North Korea on Monday, saying that giving the country billions of dollars over the past 25 years did not work. Trump has warned North Korean leader Kim Jong Un that his country will face destruction if it ever acts on any of its nuclear threats against the U.S. or its allies. 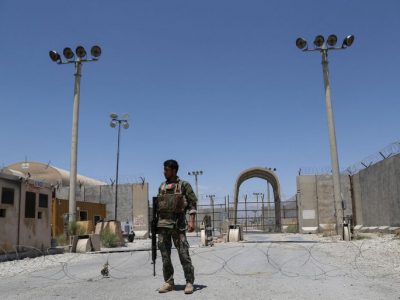