The Iranian regime is slated to hang on Tuesday a 26-year-old woman charged with fatally stabbing her accused rapist, the Washington Free Beacon has learned.

Rayhaneh Jabbari, a 26-year-old former interior designer, is scheduled to be hanged this week after serving the last seven years in prison for stabbing a doctor who she claims drugged her and attempted to rape her.

The case has drawn international outrage from human rights activists, who are fighting to stay the execution. These activists have cast a spotlight on Iran’s flawed judicial system, which executed more than 500 people in 2013 and is on pace to kill even more this year.

A petition aimed at pressuring Iran to stop the hanging has already drawn more than 126,700 signatures online, but has not appeared to sway the Iranian judiciary, the head of which recently upheld the execution order and insisted that it be carried out on Tuesday.

There are also signs that the Iranian regime has been secretly meddling in the case, potentially destroying evidence that could save Jabbari’s life, according to her mother, Sholeh Pakravan, who agreed to speak to the Free Beacon via translators.

New information from Jabbari’s family and human rights activists working on the case indicate that a third mysterious individual may have been involved in the incident and set Jabbari up to take the fall for the murder.

Jabbari’s family, now fearing for its safety, has been subject to surveillance and was recently chased on the streets by unknown persons, Pakravan told the Free Beacon.

"The courts have said that if a woman is raped it is their fault, and told Rayhaneh that she is a mean-spirited and selfish bitch," Pakravan said in response to questions submitted by the Free Beacon and asked during an interview conducted on its behalf by Iranian human rights activists Banafsheh Zand and Mina Ahadi.

"You must realize that the laws in Iran are medieval laws of retribution, revenge and punishment and unfortunately for our broken hearts, Rayhaneh’s life is in their hands," said Pakravan, who last visited her daughter in prison on Saturday. 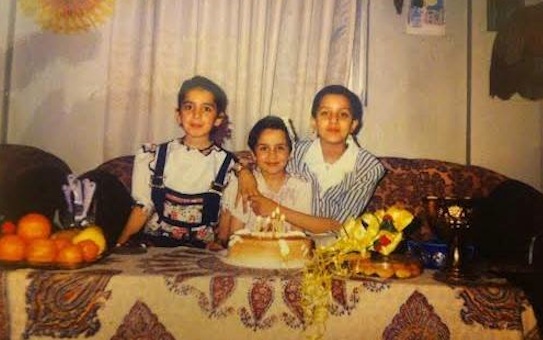 Then 19 years old, Jabbari is said to have encountered Sarbandi when he overheard her discussing her career in interior design.

Sarbandi approached the young woman and asked that she meet him in his office to discuss a renovation project, according to Jabbari’s version of events.

Sarbandi is said to have picked up Jabbari on the day of the meeting and then stopped briefly at the pharmacy to purchase an item, which was later identified as a type of date rape drug. Forensics later showed that this drug was put in a glass of juice Sarbandi allegedly offered to Jabbari.

Sarbandi then drove Jabbari to a rundown house, offered her a drink, and purportedly told her, "You have no way of escaping," according to rights activists.

A physical altercation soon broke out that resulted in Jabbari stabbing her attacker twice in the shoulders with a small foldable pocketknife. Prosecutors claim that Sarbandi soon bled out and died.

However, new evidence revealed by Jabbari’s mother and her lawyer to the Free Beacon indicates that a third individual could have played a role in the incident—and that Iranian authorities destroyed evidence that could exonerate Jabbari.

Mohammad Mostafaei, the defense attorney defending Jabbari, revealed that documents and materials pertaining to the case have gone missing over the past seven years. He and the family believe that Iran’s intelligence ministry intentionally destroyed these documents in order to uphold Jabbari’s conviction.

The police are said to have investigated several different leads in the murder and then committed documents and audio files to a CD that was placed in an evidence box pertaining to the case, Mostafaei told the Free Beacon.

"However, the CD is ‘lost’ while in the chain of the lead prosecutor’s custody," he said. "The simple reason for this was that it had now been ‘decided’ that Rayhaneh Jabbari was the murderer. Many hands have been at work here and all have blocked the truth from being revealed."

Iran’s intelligence ministry "conducted its own investigation" into the killing, said Mostafaei, who noted that this is highly unusual.

"The real murderer was one of the regime’s own officials," Mostafaei alleged.

Jabbari’s mother agreed, telling the Free Beacon: "In my opinion there is a gang within the Ministry of Intelligence and Surveillance which is fully and totally involved in this case and has in fact planned the whole thing," she said. "Rayhaneh was an innocent bystander who happened into the story."

A third individual identified as Sheikhy is said to have been included on several text messages sent by Sarbandi to Jabbari prior to the incident, according to Mostafaei and Pakravan.

"On the day when Rayhaneh goes to Sarbandi’s office and the whole melee ensues (and the neighbors had heard the commotion), when Rayhaneh stabs Sarbandi with her small foldable pocket knife, as she is running out, Sheikhy was walking in and he sees her running out," according to Pakravan, as well as lawyers and human rights activists.

"But Sarbandi was not dead at that point," she added. "After all she had literally just stabbed him seconds before and runs past Sheikhy who did enter the premises where Sarbandi was."

"There are very real allegations that, given the amount of time between Rayhaneh running out of the place and the EMS arriving, Sheikhy was there the entire time," Pakravan said. "There are also allegations that [Sarbandi] would never have died from the stab wound inflicted by Rayhaneh as Sarbandi was a rather heavy set guy."

The court CD containing documents purportedly had "all the info on the phone and text messages between the victim, Morteza Sarbandi and others, including Sheikhy," said the lawyer Mostafaei, who is calling on Iran’s judiciary and Sarbandi’s family to annul the execution. "I am certain that the content of this CD will exonerate Rayhaneh."

The individual called "Sheikhy is the one person whose name has come up repeatedly, who has been present from the very beginning of this incident and the only time the court made any mention of him was when they said that whether he was or was not there is of no importance or harm to the case," he said.

Sheikhy is also said have been present when Jabbari was arrested. He was never asked to testify in court or explain his alleged presence at the crime scene.

The coroner in the case is said to have found other unrelated wounds on Sarbandi’s body that could have led to his death.

Pakravan further revealed that prior to an April 7 mediation meeting between her and the victim’s family, one of her daughters had been "followed" and then "chased" by unknown persons. 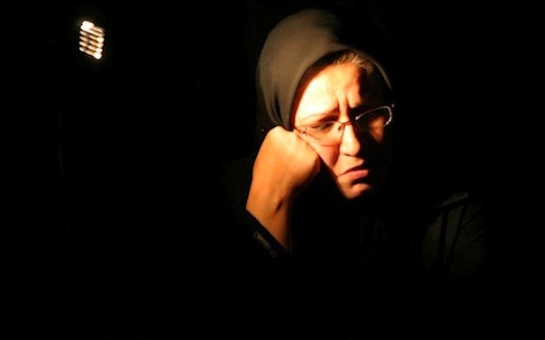 Pakravan is now considering taking her other children out of school to ensure their safety.

Additionally, Iranian officials have been "pressuring our family not to contact or get in touch with anyone outside Iran and continue to call the people who support Rayhaneh’s campaign a bunch of dirty terrorists who are atheists or scum members of the opposition to their Islamic revolution," she said.

"In any case," Pakravan added, "the Iranian regime has decided that it wants to make an example of yet another woman and they are bent on executing Rayhaneh and even though the rapist [and] victim’s family is fully well aware of these ambiguities in the case, they still insist on seeing Rayhaneh hung."

However, Jabbari and her family are not alone.

The United Nations called on Iran to "immediately halt" the execution.

Iranian actors, cultural figures, and human rights activists have galvanized behind Jabbari and fought to secure her release. The case appears to have moved Iranians to take on the flawed judicial system.

Despite the surge in support, Jabbari is not optimistic, her mother says.

Jabbari told her mother during a phone call from prison on Saturday,  "Mom, give it up … let it go."

"From this moment on, per my daughter’s suggestion, I will calmly sit in a corner and I will cease and desist from all activities," Pakravan wrote in a public message to friends. "I won’t write a thing anymore. I won’t publish anything anymore."

"This is my last posting for now in an open forum," she wrote. "From here on in, I won’t respond to any messages, calls … nothing. I will do nothing … I want nothing."