China recently conducted the second flight test of a new, ultra-high-speed missile that is part of what analysts say is Beijing’s global system of attack weapons capable of striking the United States with nuclear warheads.

Pentagon spokesman Lt. Col. Jeffrey Pool said when asked about the test: "We routinely monitor foreign defense activities, however we don’t comment on our intelligence or assessments of foreign weapons systems."

He added that the Pentagon has encouraged China to adopt greater "transparency" for its defense programs "to avoid miscalculation."

Pool confirmed the first test in January, but declined to provide a similar confirmation on the recent test. However, two other U.S. officials said the Aug. 7 test involved the Wu-14 HGV.

The first flight test of the Wu-14 took place Jan. 9 and flew at speeds of around Mach 10, or 10 times the speed of sound—around 7,680 miles per hour. Hypersonic speeds pose severe guidance and control challenges for weapons engineers and produce extreme stress to metal and components.

The Chinese hypersonic test is further evidence of what is viewed in intelligence circles as an emerging hypersonic arms race. In addition to China, the United States, Russia and India are building high-technology hypersonic strategic arms. The weapons are sought for their hard-to-counter features and ability to defeat strategic missile defenses.

Disclosure of the latest weapons test comes as Secretary of State John Kerry, in a speech last week, called for closer cooperation with China. Tensions between Washington and Beijing have increased over aggressive Chinese maritime claims in Asia.

"We are committed to avoiding the trap of strategic rivalry and intent on forging a relationship in which we broaden our cooperation on common interests and constructively manage our differences and disagreements," Kerry said during a speech Aug. 13 in Hawaii.

In China, state-run press outlets made no mention of the Aug. 7 test, but Chinese Internet reports revealed a possible Wu-14 launch was carried out as the upper stage of a missile on Aug. 7 from the Jiuquan satellite launch facility located in the far western Gobi Desert.

The booster crash is consistent with a hypersonic test, analysts said. Hypersonic glide vehicles travel in near space and thus the rocket that launched it may not have left the atmosphere, thus preventing it from burning up as would have occurred if it had reentered the atmosphere.

Photos posted on Chinese Internet sites and later removed showed debris from a booster that had Chinese characters painted on pieces indicating the rocket belonged to the China Aerospace Corp.—China’s main missile manufacturer.

The pro-Beijing Hong Kong newspaper Oriental Daily reported Aug. 11 that Chinese microbloggers identified the Inner Mongolia crash as a failed Wu-14 test, but the newspaper said the impact was most likely caused by debris from a falling rocket booster.

China military affairs analysts said the second test of the HGV relatively soon after the January test is a significant strategic threat and a sign China has placed a high priority on the new weapon.

"The decision to conduct a second Wu-14 test only a few months after its first test shows China’s commitment to fast-tracking this program," said Lora Saalman, a specialist on China’s hypersonic development with the Carnegie Endowment.

"When compared with the yearly gaps in between its [anti-satellite] and [ballistic missile defense] tests in 2007, 2010, 2013, and 2014, the WU-14 accelerates China’s development timeline exponentially," Saalman said in an email. 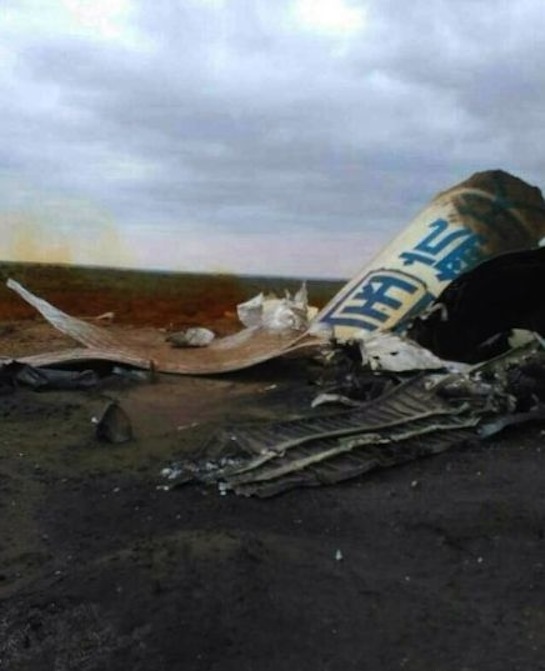 "First would be a potential for early deployment of a maneuverable HGV warhead for theater-range and then intercontinental-range missiles," Fisher said.

Saalman said China has produced thousands of papers and writings on hypersonics and boost-glide technology that "further support the idea that this is a priority" program.

In a report published in April for the U.S. Pacific Command’s think tank, Asia Pacific Center for Security Studies, Saalman stated the Wu-14 appears to be part of China’s efforts to build a counterpart to the U.S. Prompt Global Strike initiative.

Prompt Global Strike (PGS) is a U.S. military program to develop weapons—mainly missiles—that can strike targets at any location on earth within 30 minutes using conventional warheads. China fears the system will be used to knock out its nuclear missiles on the ground in the early stages of a conflict.

The U.S. PGS capability is being designed for use against terrorists or nuclear and other mass destruction weapons that are identified by intelligence agencies and must be attacked quickly before the targets flee or are moved.

Saalman said the Wu-14 represents "a potential leap in global reach, if mounted on an intercontinental ballistic missile" and potentially "a conventional or nuclear form of Chinese prompt global strike."

The Chinese regard the Wu-14 as a "sword" strike weapons that likely will be combined with missile defenses—a "shield."

The first test in January took China’s "regional weapons advances and thrust them onto the global stage," she stated.

"This [January] test serves as a sign of China moving towards longer range, stronger retaliatory and potentially preemptive capability," Saalman said, adding that the capability "could propel China from what has historically been a more reactive posture to a more active one."

Fisher said for the United States, the options for responding to the new strategic weapon are stark. The Pentagon should accelerate investments in both deterrent and defensive capabilities, he said.

"The U.S. Navy should have a theater-range, HGV-ASBM to arm its [attack submarines]," Fisher said. "The Navy also requires funding for faster development of energy weapons to defend against China's looming HGV threat."

"I don't think there's any debate that the PLA is investing in the development of hypersonic technology, including scramjet engines and at least one hypersonic glide vehicle," Stokes said in an email.

Stokes said it is possible the recent test was carried out atop a medium-range or intermediate-range ballistic missile.

According to Stokes, many of China’s missile engineering R&D tests and operational live-fire tests are carried out from Jiuquan, in Gansu province, where missiles are labeled "SC" for the Shuangchengzi missile range, another name for the missile test base. Other tests are conducted at the Taiyuan launch facility near Wuzhai, in Shanxi province further east, where developmental systems are labeled "Wu," Stokes said.

Lee Fuell, an analyst with the Air Force National Air and Space Intelligence Center, told a congressional hearing that the strike vehicle is "basically a ballistic missile-launched system that gets the payload fast and high, pitches over, dives to hypersonic speed, and then basically just glides to the target."

"At this point, we think that’s associated with their nuclear deterrent forces," Fuell told the U.S.-China Economic and Security Review Commission on January 30. Fuell added: "Of great concern would be if they were to apply the same technology and capability with a conventional warhead or even just without a warhead because of the kinetic energy that it has."

The Pentagon, for its part, has conducted work on several hypersonic weapons platforms. They include the X-37B Space Plane, the Lockheed Hypersonic Technology Vehicle-2, and the Air Force’s Force Application and Launch from Continental United States, known as FALCON. Boeing also has built an experimental hypersonic craft known as the X-51 WaveRider.

However, funding for U.S. hypersonic strike craft has been limited as a result of sharp Pentagon budget cuts under the Obama administration.

Russia’s military also has made developing hypersonic strike vehicles a priority. But Moscow is believed to be trailing both China and the United States in the capability.