Luke Russert, the former MSNBC wunderkind who retired from journalism at age 30 to pursue "other endeavors," is back in the news again.

The former journo is at the center of a heated controversy that has roiled Georgetown's historic district, the wealthy enclave of Washington, D.C., where Russert resides. Georgetown University science professor Newton Howard has come under fire from Russert, among others, for placing large sculptures of two iconic Transformers characters, Bumblebee and Optimus Prime, in front of his $4 million home.

Howard assumed putting the sculptures—one standing taller than 10 feet, the other roughly six feet—outside wouldn't be a problem; they occupy space on either side of his front door that had been taken up by two brick planter boxes before.

The reaction was immediate. "Children absolutely love them," he says. And so do others: "I'm in awe of your Transformers statues," wrote a Georgetown student in a note he left outside Howard's house.

Russert, who vehemently disagrees with the happy children, lashed out Monday during a meeting of the Georgetown Advisory Neighborhood Commission. The sculptures were a safety hazard, he argued, and would attract unsavory visitors who park illegally so that their children can take photos with the Transformers. Russert subtly implied that allowing the statues to remain would be tantamount to endorsing Soviet communism in America.

"What's to stop someone from putting up a statue of Joseph Stalin and saying, ‘Well, this is provocative, it's art, it speaks to me,'" Russert said. "They are a nuisance, they are an eyesore, and they detract from the spirit of the neighborhood."

DC Launches Ad Campaign To Combat Anti-Trans Hate on Public Transportation. There’s Been One Incident in the Past Two Years. 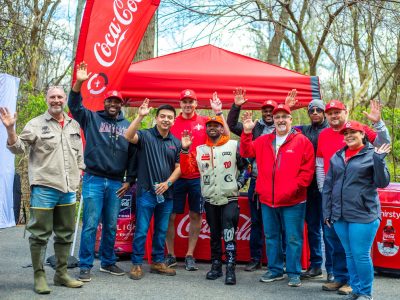