CNN commentator Ana Navarro recklessly endangered the lives of innocent Americans this week when she neglected to wear a mask while flying first class from Miami to New York City.

Photos obtained by the Washington Free Beacon show Navarro getting cozy next to her fellow élites in the front section of the American Airlines plane. She is wearing a lame sweatshirt with the slogan, "America Needs Journalists," printed on it. She is not wearing a mask, unlike the other first class passengers.

Masks are mandated on U.S. airlines until April 18, when the policy comes up for review. Passengers may remove their mask if actively eating or drinking, but a knowledgeable flight source told the Free Beacon that Navarro was brazenly flouting the rules.

"She wasn’t actively eating or drinking," the source said. "She had a cup of ice on her tray table, so she’ll probably say she was eating ice cubes." 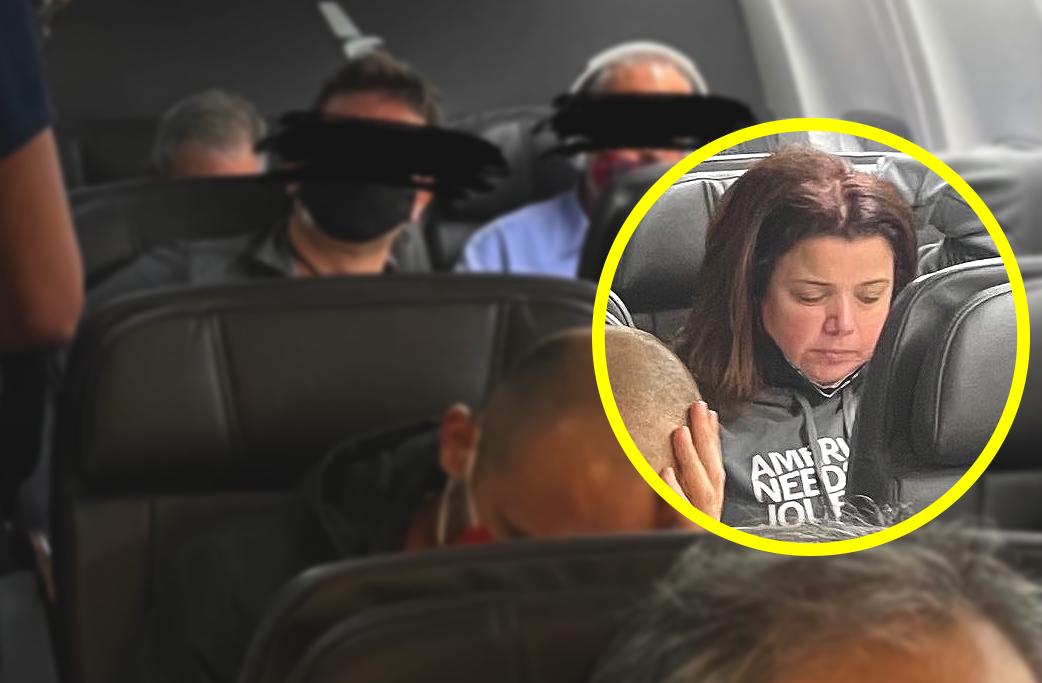 Navarro has a history of supporting strict mask mandates, particularly when it comes to air travel. "If you refuse to wear a mask, your ass ain't gonna fly," Navarro wrote on Twitter last year, days after advising her fellow Americans to stop "bitching" about mask mandates, which she has described as "no big deal" because wearing a mask is easier than wearing Spanx.

As long as masks are still mandated on airplanes, it means there must be scientific data proving that Navarro's refusal to wear one is a threat to public safety and tantamount to committing physical violence against her fellow human beings. Transportation Secretary Pete Buttigieg has argued wearing masks on airplanes is a "matter of respect" for others.

Navarro is best known for being one of several so-called Republican commentators employed by CNN who announced their intention to vote for Joe Biden.