Thousands of senior citizens in New York died after Democratic governor Andrew Cuomo forced nursing homes to take in patients with the coronavirus, but media figures never stopped gushing over his response. Instead, pundits directed their outrage at Florida governor Ron DeSantis (R.) for not immediately closing public beaches or implementing lockdowns.

DeSantis signed an order preventing nursing homes from accepting coronavirus patients on March 15, a decision that garnered little notice from the national press. Cuomo went the opposite direction, signing a March 25 order that required nursing homes to accept such patients. The Democratic governor reversed the decision on May 10 following the deaths of thousands of elderly New Yorkers.

Watch the above video to see the marked difference in the coverage of the two governors in March and April. Only one of them, after all, has a brother on CNN who likes to call him the "Love Gov." 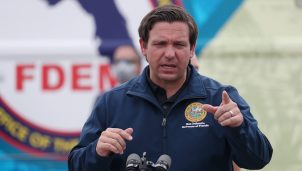