Just days after bemoaning the American public's lack of trust in mainstream media sources, CNN's Brian Stelter mingled with celebs and other élite journalists at a "splashy" premiere in New York City.

Stelter, who has repeatedly dismissed suggestions that mainstream journalists are out of touch with average Americans, recounted the glitzy affair in the Tuesday night edition of his Reliable Sources newsletter.

"HBO held a splashy NYC premiere, complete with caviar and champagne, for the third season of ‘Succession' on Tuesday night," Stelter wrote. "The best part of the premiere at the American Museum of Natural History was the musical surprise right after the screening: Two performers played the theme music and led a procession out of the theater."

Stelter posted a video of the procession on Twitter but declined to publicly document the after-party, where "an entire orchestra was assembled to continue the performance."

The COVID-19 pandemic, and the slow return to normalcy, has affected us all in different ways. Stelter, for example, revealed that as the virus took hold in April 2020, he "crawled in bed and cried for our pre-pandemic lives." More than a year later, the élite journalist can finally see light at the end of the tunnel. All it took was a glamorous evening swilling champagne with celebrities at an exclusive soirée.

"Everyone will have different moments that feel like life is returning to a pre-Covid normal, and this night was one of those moments for me," Stelter wrote, empathetically. The CNN host wasn't the only élite journalist in attendance. His colleague Don Lemon and MSNBC's Ari Melber were also spotted on the red carpet, being relatable. 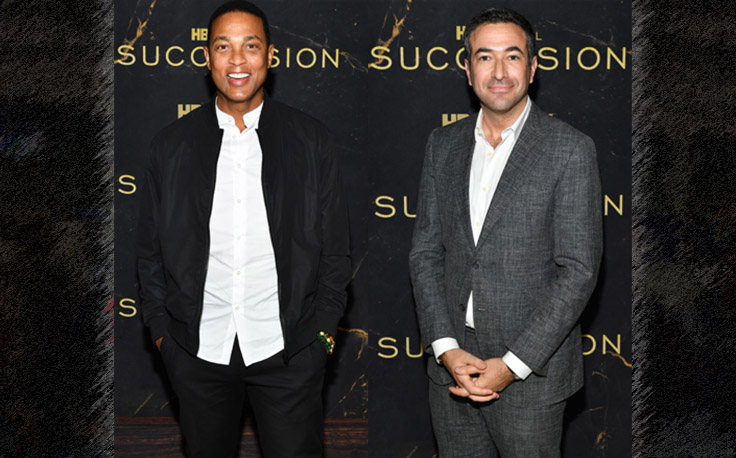