Seattle mayor Jenny Durkan said she is disbanding the city's autonomous zone after three people were shot—one fatally—in two separate shootings that occurred within a 48-hour period in the police-free area.

"It's time for people to go home," Durkan said during a Monday press conference. "It is time for us to restore Cal Anderson and Capitol Hill so it can be a vibrant part of the community."

Seattle police and city officials had previously worked with the leaders of the autonomous zone, who said they would maintain order in the area.

Nineteen-year-old Lorenzo Anderson died Saturday after he was shot in Cal Anderson Park inside the autonomous zone. A 33-year-old man was shot and critically injured in the same incident. A "violent crowd" blocked Seattle police from entering the zone when they responded to the shooting, according to a city press release, preventing officers from attending to the victims or catching the perpetrator, who is still at large.

On Sunday night, a 17-year-old was shot in the same park. Protesters within the occupied area brought the victim to a hospital to be treated, and he was later released.

Following the deaths of George Floyd and Breonna Taylor, a group of protesters barricaded themselves inside a six-block stretch of the city's Capitol Hill neighborhood—referred to either as the Capitol Hill Autonomous Zone or the Capitol Hill Occupied Protest. Police retreated from the area weeks ago after clashes with protesters, who demanded the city disband its police department.

Durkan said Monday that the city welcomes "people who want to protest peacefully," but the police will return to the area "in the near future." 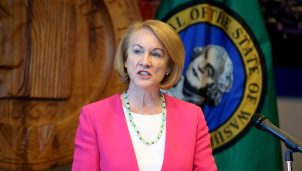 Seattle Business Owners Call on Mayor to Protect Them From Violence 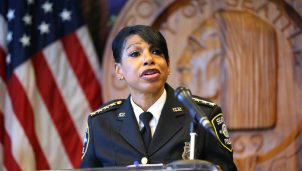 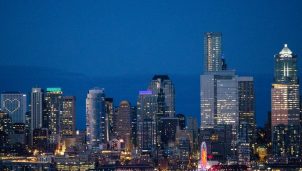