Members of the radical militant group Antifa vandalized the home of Rep. Nancy Mace (R., S.C.) on Memorial Day, spray-painting it with Antifa symbols, threats, and vulgar statements such as "all politicians are bastards" and "F— you Nancy."

"Although my kids and I are thankfully fine, the criminal events at my home where I'm raising my two children are unacceptable no matter your politics," Mace said in a statement. "We should all be able to feel safe in our own homes."

In a video post, Mace showed how her home and front sidewalk were painted with the anarchist group's symbol, the letter "A" inscribed in a circle, along with threats to "pass the PRO Act" and a 19th-century anarchist slogan—"no god, no masters." The House of Representatives passed the PRO Act, which seeks to expand the power of unions, on March 9. 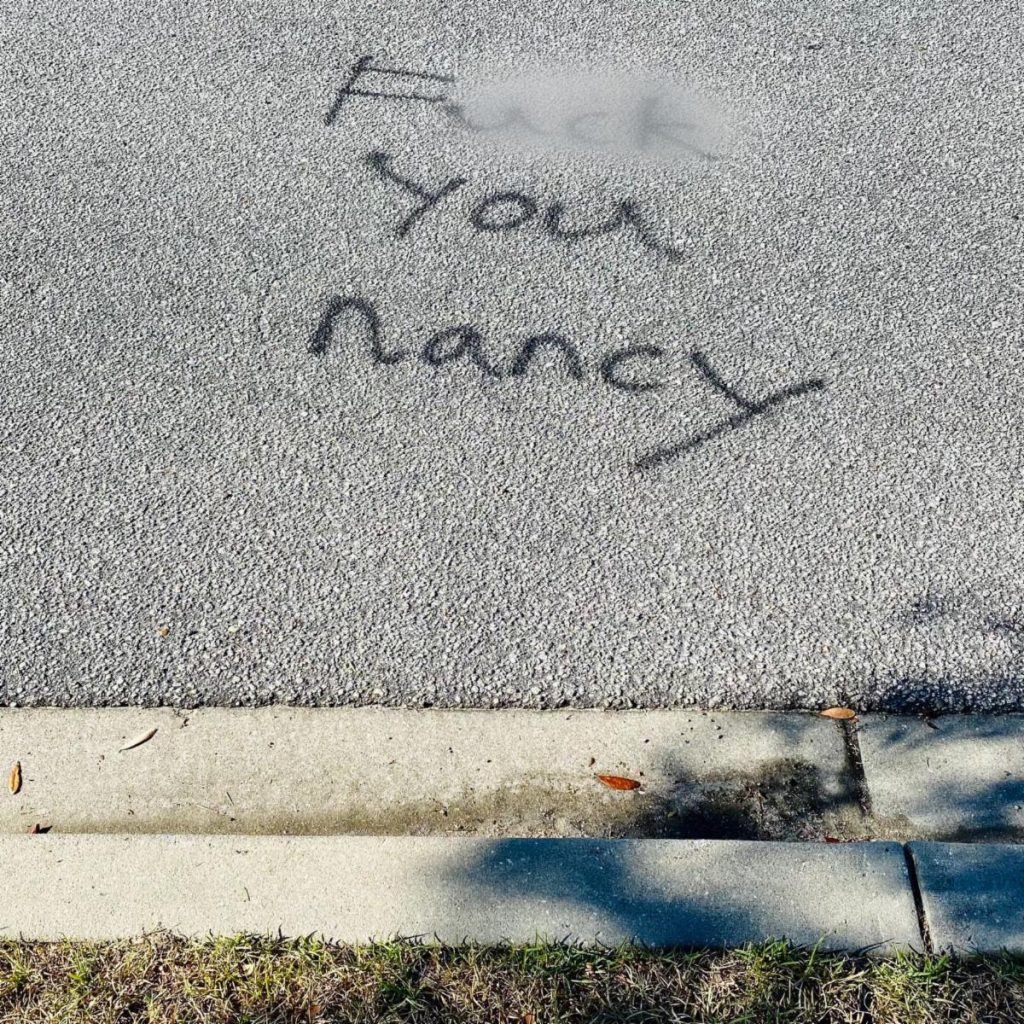 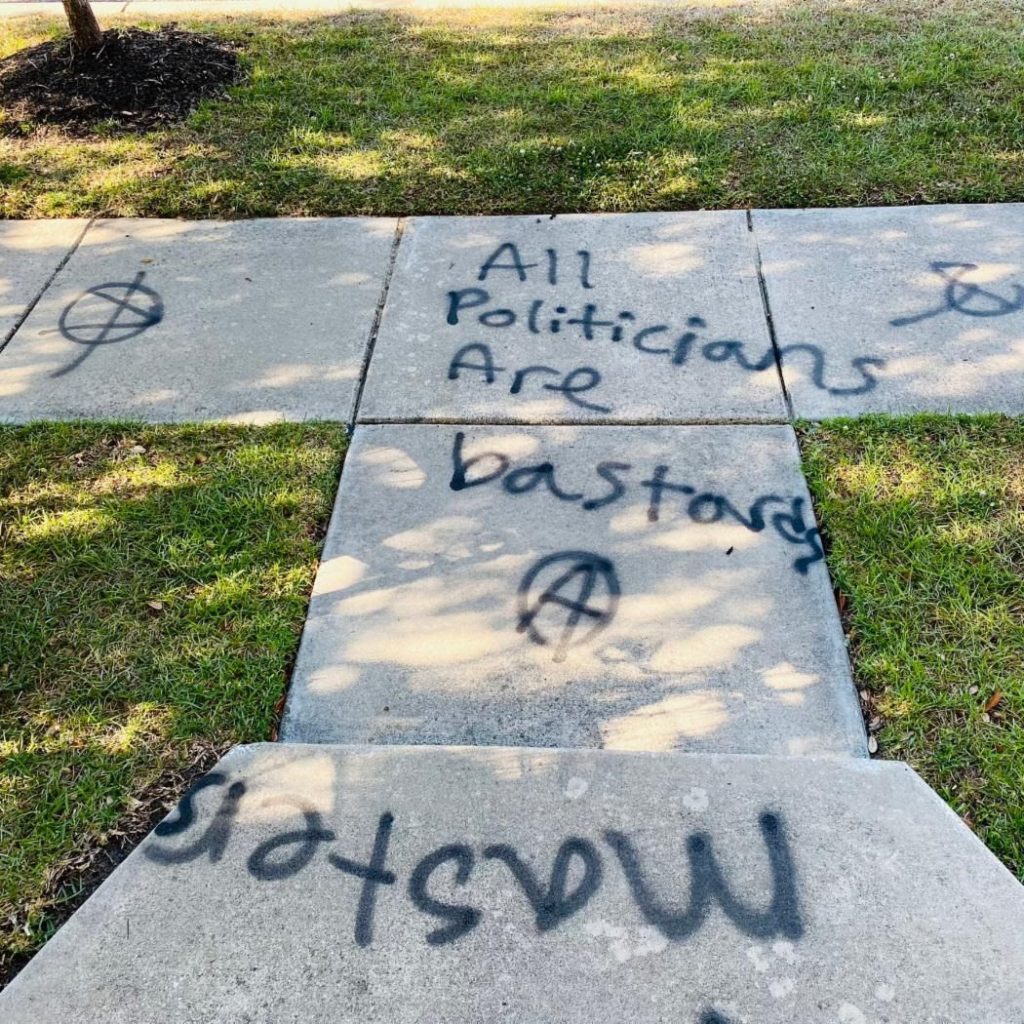 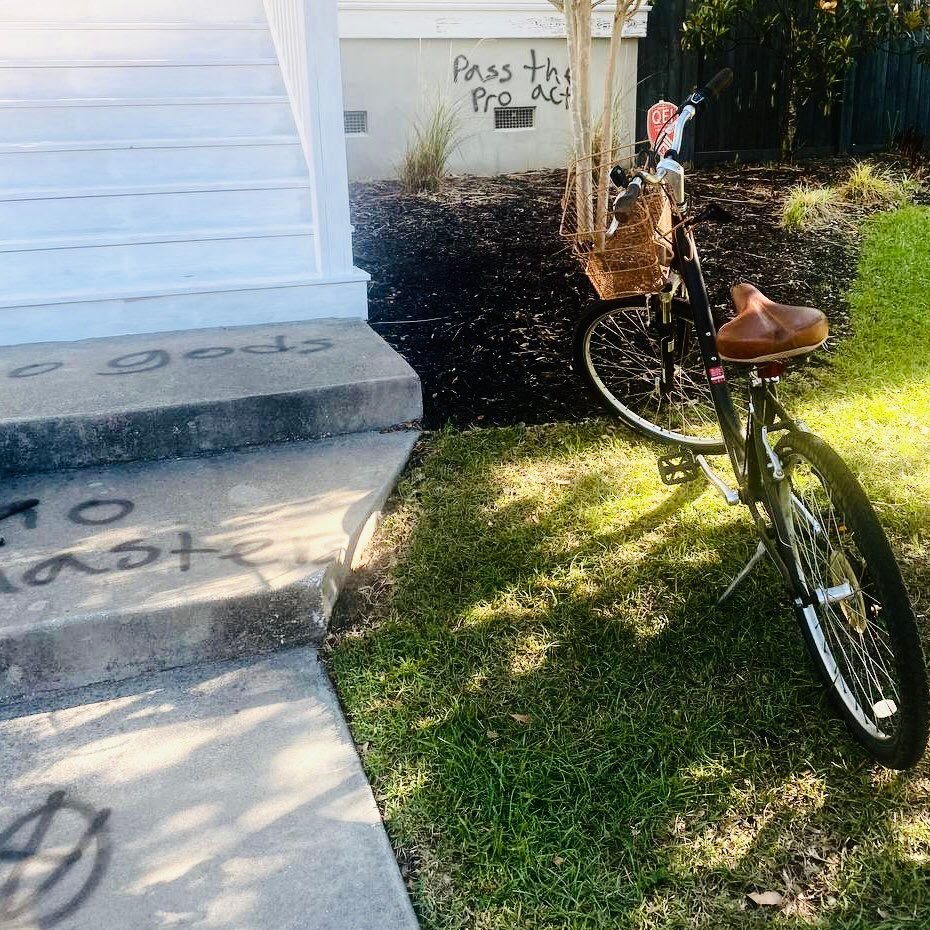 In 2018, members of an anti-fascist group vandalized the home of Daily Caller founder and Fox News anchor Tucker Carlson in Washington, D.C. "Tucker Carlson, we will fight! We know where you sleep at night!" they shouted outside his home, later spray-painting the Antifa "A" on his driveway.

In Portland last year, members of Antifa also vandalized the home of Portland City Council commissioner Dan Ryan, the day after he voted against defunding the city's police department. The anarchist group broke windows and threw flares at his home. When asked about the vandalism, Ryan said, "It's been difficult to look at. The sad thing is I was expecting it and was prepared."

Mace has been targeted by vandals once before when an expletive was keyed into her car door on the day of her last campaign debate.

Mace, a single mother, is serving her first term in the House of Representatives. She defeated incumbent Democratic representative Joe Cunningham in November.