Andrew Stiles contributed to these explanations.

"Truthy" is a research project being conducted by the University of Indiana. Proponents claim this is an apolitical study of how information spreads online through the social media platform Twitter.

Twitter is a social media platform that allows users to post hot takes and/or anonymous insults on the Internet.

What is the Internet?

The Internet is a cultural phenomenon that allows people to earn money by typing words on a computer regardless of talent or expertise. For example, you are reading this "explanatory" post on the Internet. Weird, huh?

Yeah, that is weird.

What is the point of Truthy?

Thanks for asking. The goal is to understand how "false and misleading" ideas are disseminated via "retweets," and create a sort of virtual data bridge, like the one connecting Gaza and the West Bank in "Palestine."

Who is funding it?

You are. Taxpayers paid for Truthy through a National Science Foundation (NSF) grant totaling $919,917 (so far). 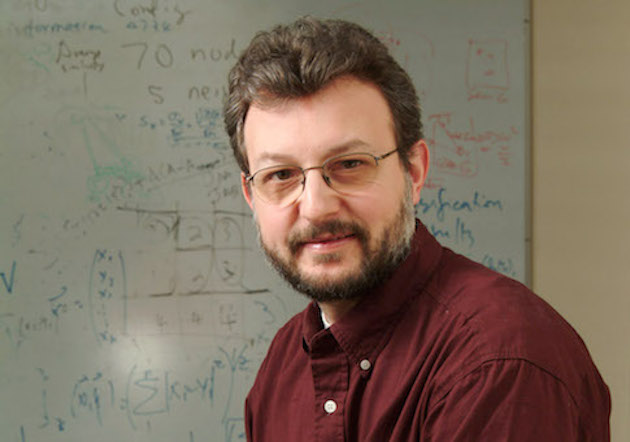 You’re welcome. What else do you want to know? Anything you were afraid to ask?

Not really, but go on.

Okay. Truthy advocates want to use science to track "suspicious memes," and "detect hate speech" on Twitter (see above).

Wait, I just thought of something. Can I really trust the Free Beacon to explain this correctly?

Yes. Researchers have claimed that the Free Beacon has mischaracterized Truthy by taking lines from the project’s NSF grant "out of context," though the project’s aims are clearly stated in the grant abstract:

The open-source platform we develop will be made publicly available and will be extensible to ever more research areas as a greater preponderance of human activities are replicated online. Additionally, we will create a web service open to the public for monitoring trends, bursts, and suspicious memes. This service could mitigate the diffusion of false and misleading ideas, detect hate speech and subversive propaganda, and assist in the preservation of open debate.

Filippo Menczer, who runs Truthy, is a liberal who used to publicly advertise his support for numerous progressive organizations, including President Barack Obama’s Organizing for Action, Moveon.org, Greenpeace, the Sierra Club, Amnesty International, and True Majority. Menczer linked to each organization on his bio page, but made the site private after the Free Beacon reported on it. He donated $370 to Moveon.org’s political action committee in 2006, according to the Federal Election Commission.

The initial Free Beacon story on Truthy received widespread attention. The story resurfaced last month after Republican FCC Commissioner Ajit Pai sounded the alarm about Truthy in an editorial for the Washington Post.

Why do the researchers hate the Free Beacon?

Good question. The Free Beacon was the first to report that Truthy is financed by the government, that its founder has progressive leanings, that the project deleted portions of their website that monitored conservative users on Twitter, and that they were successful in suspending conservative Twitter accounts.

Since the first report in August, the researchers have attacked the Free Beacon for igniting a "misinformation campaign" against the project. The story simply reported that taxpayers are funding their research as it was stated on their website.

The Truthy team has since changed their website, removing the line that "We also plan to use Truthy to detect political smears, astroturfing, misinformation, and other social pollution."

Menczer, a professor of Informatics and Computer Science at Indiana University, says Truthy merely scans Twitter to study trends and to find bots. "There is no attempt to make editorial definitions or decisions about the content of messages," he said.

The Free Beacon reached out to Menczer after Truthy redesigned their website following Pai’s op-ed, deleting pages that monitored who was using the hashtag "Top Conservatives on Twitter." The page tracked the number of retweets, mentions, partisanship of the user, "sentiment," and language of the tweets.

Oh really? What did he say?

Menczer’s response was that the website (truthy.indiana.edu) was not the actual project’s website, and only a demo site to test research that is updated from "time to time." That research was concluded over three years ago, he said.

The Free Beacon then asked Menczer: "If the research was completed three to four years ago, why was it just recently removed? The website changed following FCC Commissioner Pai's op-ed, which makes it hard to believe that this was just an update that happens from ‘time to time.’"

Menczer never responded, and instead, the Vice President of Public Affairs for the University of Indiana Mark Land informed the Free Beacon that they would have no further comment to the Free Beacon on Truthy’s research.

Menczer now only talks to "bona fide reporters who want to know about my work."

I heard that Truthy researchers bragged about getting conservative accounts suspended on Twitter. Can you explain that?

Definitely. Truthy has been successful in getting conservative Twitter accounts suspended or deleted. C. Steven Tucker, a health insurance broker, operates two accounts and had them suspended for nearly a month because Truthy’s researchers believed he was tweeting too much and giving "the impression that more people were tweeting" about memes associated with the hashtag #ampat, or "American Patriots" than actually were.

Menczer details this in a chapter for a book he co-wrote in 2012 on the "Abuse of Social Media and Political Manipulation."

"Our system identified several truthy memes, resulting in many of the accounts involved being suspended by Twitter," he wrote.

What about liberal accounts?

While Menczer said people using the hashtag #p2, or "Progressives 2.0," were also monitored, he offered no examples of getting liberal accounts removed from Twitter. As Michelle Malkin points out, Truthy has not looked into the liberal campaign against Rush Limbaugh on Twitter, #StopRush. Nearly 70 percent of tweets using the hashtag come from only 10 users.

Menczer also used Republicans in his example of how Twitter can be abused:

Since hashtag streams are not centrally controlled there is nothing stopping any individual user from contributing to a content stream by including the corresponding hashtag in his or her tweets. The potential for abuse is clear: if I’m a political activist trying to reach a large audience of users interested in the Republican party, appending the #gop hashtag to my tweets is a straightforward way to accomplish this. Using multiple centrally controlled sockpuppet accounts in this way amplifies the effect.

Does Truthy have a database?

Menczer, July 2012: "In total, our analysis considered over 305 million tweets collected from September 14 until October 27, 2010. Of these, 1.2 million contained one or more of our political keywords; detection of interesting memes further reduced this set to 600,000 tweets actually entered in our database for analysis."

Truthy website, October 2010: "If you spot misinformation or suspicious activity, click the Truthy button above. On the right are current related tweets, or you can see the tweets in our database."

What else should I read about Truthy?

Nothing. This is everything you need to know.

Cool. Did you see that picture of Kim Kardashian’s butt?