Rep. Rashida Tlaib (D., Mich.) blamed "white supremacy" Thursday for a mass killing in New Jersey carried out by two black assailants, one of whom had ties to a nationalist hate group.

Tlaib linked to a tweet from IfNotNow naming three of the victims of Wednesday's rampage in Jersey City, two of whom were Orthodox Jews. She wrote, "This is heartbreaking. White supremacy kills."

Tlaib, who represents a majority African-American district in Detroit, deleted her tweet after respondents pointed out the race of the suspects. She didn't send any follow-up tweet acknowledging her error, condemning the perpetrators, or expressing condolences for the victims.

The shooters were identified as David Anderson and Francine Graham. Anderson had ties to the Black Hebrew Israelites, a black separatist movement that was labeled a hate group by the left-wing Southern Poverty Law Center. Known for its members who engage in provocative street preaching, the group harbors black supremacists and has no association with Judaism. 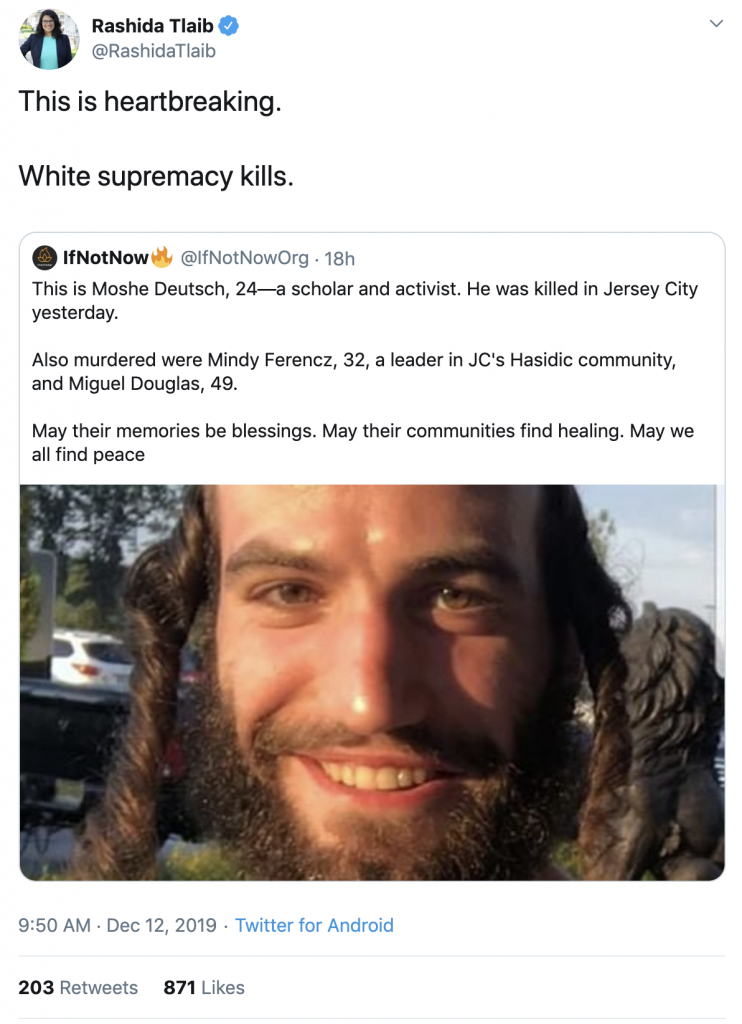 The New York Times reported Anderson had posted anti-Semitic and anti-police screeds on the Internet, and the massacre is being investigated as a hate crime.

The Black Hebrew Israelites came to public attention in January when they directed abusive remarks at some students from Covington Catholic High School in front of the Lincoln Memorial in Washington, D.C.

Tlaib has promoted several racial hoaxes in 2019, including accusing the Covington Catholic students of harassing a Native American man after deceptive video of their interaction was shared online. She also bought into actor Jussie Smollett's claim he was attacked by two white Donald Trump supporters, saying "dangerous lies spewing from the right wing is [sic] killing & hurting our people."

Chicago police later arrested Smollett for orchestrating a fake attack on himself as part of a scheme to raise his salary on the TV show Empire. Prosecutors later dropped the charges against Smollett in a controversial move that infuriated Chicago mayor Rahm Emanuel.

"When one of the most famous black and gay men in America is not safe, the message is clearer than it has ever been." The dangerous lies spewing from the right wing is killing & hurting our people.

Thinking of you @JussieSmollett, and my LGBTQ neighbors.
https://t.co/edtIFWYAX1 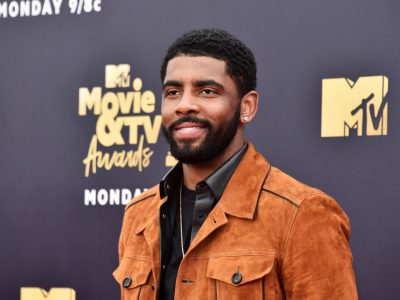