Rev. Al Sharpton, founder and president of the National Action Network (NAN), has sold the nonprofit the rights to his "life story" for $531,000, according to tax filings reviewed by the New York Post.

Sharpton, who plans to step down from NAN's helm next year, denied the arrangement would enrich him. Rather, he said the agreement allows NAN to enjoy the sales revenue, which he anticipates will exceed the sale price. The deal hands over the rights to his story for 10 years.

Sharpton founded NAN in 1991. According to its mission statement, NAN pursues "police accountability" and "criminal justice reform," with warnings of "no justice, no peace" until change takes place.

The half-million-dollar deal risks running afoul of tax laws, according to the Post:

If NAN paid too much it could run afoul of IRS rules regarding excess benefits given to a nonprofit’s key officials, which might put its tax-exempt status in jeopardy, Marcus Owens, a former IRS official and a partner with the Loeb & Loeb law firm in Washington, DC.

"When I see this kind of thing, it just makes me roll my eyes because there’s so much potential for funny business," said Linda Sugin, a Fordham University Law School professor and associate dean.

In part, the "funny business" raises red flags because of Sharpton's history of debt and unpaid taxes. The Post reports Sharpton owes "$736,375 in personal income tax and taxes for three of his companies to Albany," and "$2.5 million in outstanding federal liens against him and one of his companies." NAN paid Sharpton $244,661 in compensation last year.

Sharpton is no stranger to controversy. NPR, in a largely flattering 2013 interview, referenced the reverend's turbulent history in its introduction.

The Rev. Al Sharpton has spent nearly all of his adulthood in the spotlight, earning both praise and condemnation. The 58-year-old Sharpton, whose role in the Tawana Brawley case first made him a national figure a quarter century ago, has been called a race-monger, anti-Semite, shameless self-promoter and a shakedown artist who has used the threat of protest to extract corporate donations for his civil rights organization, National Action Network. His conversation with an undercover FBI agent posing as a drug dealer was taped as part of a 1983 sting operation — but no charges were filed. He was indicted for tax evasion and fraud, and then acquitted. He was stabbed by a white man before leading a march.

Sharpton was a prominent supporter of Tawana Brawley, who claimed in the 1980s that several white police and government officials had kidnapped and raped her. Brawley's allegations were ruled to be fictitious, and she has been ordered to make defamation payments to those falsely accused. Sharpton has repeatedly declined to disavow his earlier allegations.

The civil rights activist played a prominent role in the anti-Semitic 1991 Crown Heights riots, which included two deaths, hundreds of injuries, and over 100 arrests. Sharpton led a protest that included chants of "No Justice, No Peace!" "Death to the Jews!" and "Whose streets? Our streets!"  Former New York Times reporter Ari L. Goldman later wrote that the Times and other media outlets played a prominent role in fueling racial tensions, downplaying the violence, and portraying Brooklyn's Jewish community as responsible for the chaos. 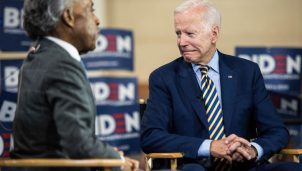 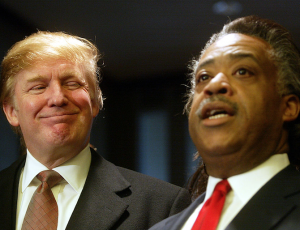 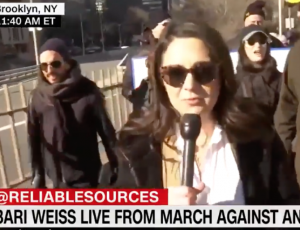 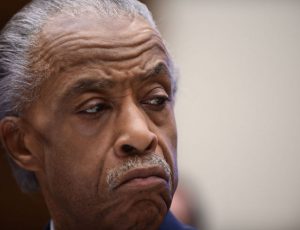