SEIU Rolls Out Astroturf at McDonald’s

Labor giant SEIU invested about $20 million on worker organizing committees in 2014, and they’re going to see a return on that investment on Wednesday as protesters assemble outside McDonald’s.

The Fast Food Forward movement, an SEIU-supported coalition group, is organizing protests in cities across the country at fast food franchises. The demonstrations are ostensibly targeted at raising hourly wages of workers to $15 per hour, more than double the current national minimum wage. But critics, such as Ryan Williams, a spokesman for Worker Center Watch, said that the protests are "street theater," using "shell game" worker centers to gin up media attention and sympathy for its cause.

"Many Americans may not realize the extent to which the SEIU has [invested] and propagated the Fight for 15 campaign," Williams said during a Monday teleconference. "The union has invested upwards of $20 million in 2014, $50 million over the last two years in this ongoing effort of organizing fast food workers. This is a coordinated effort, an effort based on street theater."

The union’s federal labor filings released in March showed that the SEIU spent nearly $4 million on the Fast Food Workers Organizing Committee in 2014, more than double its 2013 spending. It also pumped money into regional organizing committees, which are expected to serve as point-men to eventually organize workers. The East Bay Organizing Committee, for example, saw its SEIU allocations balloon to more than $1 million in 2014, triple the $300,000 it received in 2013.

The SEIU did not return a request for comment.

Glenn Spencer, vice president at the Chamber of Commerce’s Workforce Freedom Initiative, said that the majority of attendees are professional protesters and union agitators, rather than actual fast food employees.

"The protests aren’t about wages or working conditions, they are about promoting the SEIU’s campaign to unionize the fast food industry," Spencer said in a release. "Yet after investing two years … in these PR stunts, the SEIU still struggles to find actual employees to participate, let alone express an interest in joining a union."

The SEIU shells out big money to lucrative public relations firms to generate the good press of the "grassroots movement." It spent $1.3 million on the services of liberal media relations giant Berlin Rosen in 2014, a 60 percent jump from its 2013 expenses.

Aloysius Hogan, a labor policy expert at the Competitive Enterprise Institute, said that many of the SEIU’s tactics can be traced back to controversial political organizations.

"Its registered address is that of New York Communities for Change, NYCC, that’s a remnant of Brooklyn’s ACORN office," Hogan said in reference to the now-defunct community-organizing outlet.

Labor regulators have aided the protests in recent years.

Richard Griffin, top prosecutor at the National Labor Relations Board, announced that the labor arbiter will pursue charges against McDonald’s’ corporate headquarters for the actions of its franchisees, a departure from decades of precedent. Franchisees are considered separate entities from corporations and are mostly owned and run by small business owners who pay corporations money to operate under the corporate umbrella.

This business model has proved problematic for unions in the past because organizing franchises would require them to go on a store-by-store basis. Blurring the lines between franchisee and franchisor may end up allowing unions to organize the entire business at once.

Steve Caldeira, president and CEO of the International Franchise Association, said that the protests and the administration’s regulatory actions threaten to hurt the very workers they claim to help. There are more than 800,000 franchisees in the nation, employing 17 million people. Doubling labor costs or dismantling the franchise model could put many of them out of work, according to IFA.

"These protests are nothing more than union-funded public relations stunts, serving as the backbone of one of the most egregious examples of government overreach in American history," Caldeira said in a release. "By terminating local control of franchise businesses through an expanded joint employer standard promulgated by a pro-union government agency, the only winners are union leaders and the policymakers beholden to them."

The protests are scheduled to begin Wednesday morning.

Report: Unions, Dems to Rake in Billions From PRO Act 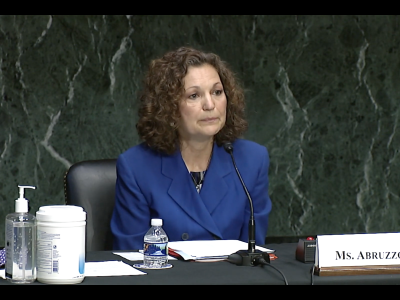