The Department of Labor filed an appeal on Thursday asking the Fifth Circuit Court of Appeals to overturn a preliminary injunction against its new overtime regulations.

Federal judge Amos Mazzant, appointed by President Barack Obama in 2014, blocked the department from implementing new rules that would have raised the threshold at which companies must pay overtime to white collar employees who log more than 40 hours in a five-day work week.

The previous standard exempted any executive, administrative, or professional worker who earned $455 per week from overtime rules. The department sought to raise the minimum salary to $913 a week, about $47,000 per year, leading to a lawsuit from trade groups, employers, and more than 20 states.

Judge Mazzant noted in his decision granting the injunction that the department's steep hike went beyond congressional intent, saying that the 1939 Fair Labor Standards Act only focused on the duties of employees when considering overtime pay, rather than pay levels.

Several federal courts have blocked labor reforms that the White House sought to implement through executive order and agency rulemaking, rather than passing legislation, over the past month.

In addition to the overtime regulations, a separate federal court in Texas blocked labor regulators from changing disclosure standards that would have forced employers to publish the names of attorneys and consultants they meet with during union organizing campaigns.

Trey Kovacs, a labor policy expert at the pro-free market Competitive Enterprise Institute, said that the appeal represents a last ditch effort from the Obama administration to preserve one of its most influential labor policies.

"The overzealous regulators at the DOL have not gotten the message sent by the courts. It is time for the Obama administration to pass the torch and to cease forcing burdensome red tape on job creators," Kovacs said in a statement. "Hopefully, the 5th Circuit will take the same view as the judge that imposed a nationwide injunction on the rule, which is that DOL regulators overreached the authority granted to the agency by Congress in raising the salary threshold so high."

Gerald Hathaway, an attorney with Drinker, Biddle, & Reath LLP, said that the looming regulations led employers to grant raises or change the status of workers to comply with the rule and they were reluctant to revoke those decisions even if the regulation did not go into effect.

"Some employers have used this new rule to assess their own workforces and used it to clean up their classifications," Hathaway said.

The rules were released in May and set to go into effect on Dec. 1. 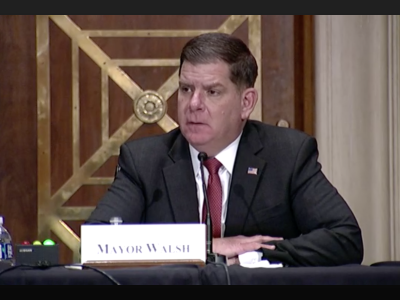