A new bill offered in the House of Representatives by Rep. Darrell Issa (R., Calif.) would replace pension cuts to military retirees by ending the U.S. Postal Service’s (USPS) delivery of Saturday mail.

The proposal would save an estimated $17 billion over 10 years and eliminate a controversial provision in the budget deal passed last month that hit military retirees with a 1 percent decrease in their annual cost-of-living adjustments (COLA). The budget agreement did not cut pensions for federal civilian retirees.

"This legislation will restore cost-of-living adjustments for our military retirees and not only replace the savings but nearly triple them—saving $17 billion over 10 years according to conservative USPS estimates," said Issa, chairman of the House Oversight and Government Reform Committee.

"This common sense reform will help restore the cash-strapped Postal Service to long-term solvency and is supported by the president and key congressional leaders in both chambers," he said. President Barack Obama recommended scrapping Saturday mail in his budget proposal last year.

The bill (H.R. 3801), introduced on Thursday, would authorize the USPS to switch to a "modified" schedule, eliminating the delivery of paper mail on Saturdays while keeping package delivery. The USPS has tried to drop Saturday mail in the past, a move U.S. Postmaster General Patrick Donahoe says would save $2 billion per year.

Issa’s office said express and priority mail delivery would not change under the proposal, and post offices would continue to be open on Saturdays.

The bipartisan budget deal signed by Obama on Dec. 26 included a controversial provision that will cost military retirees up to $124,000 in lost retirement pay. Disabled military retirees were not exempt from the change.

House Budget Committee Chairman Paul Ryan (R., Wis.) defended the cuts, saying it would save $6 billion over 10 years. Ryan has said he is open to changing the provision, which does not take effect until December 2015, if "people believe there’s a better way to solve this problem."

Issa’s bill is the latest alternative to the cuts. Sen. Jeff Sessions (R., Ala.), ranking member of the Senate Budget Committee, has proposed closing a loophole in the Refundable Child Tax Credit, which currently allows illegal aliens to receive tax refunds, to make up the savings. A bill proposed in the House on Dec. 19 would offset the cuts by requiring an individual’s Social Security number in order to be eligible for refunds.

Sessions urged the adoption of his amendment to stop what he calls welfare for illegal immigrants in a letter to Rep. Hal Rogers (R., Ky.) and Sen. Barbara Mikulski (D., Md.), the chairs of the House and Senate appropriations committees. The loophole cost taxpayers $4.2 billion in 2010.

"Clearly there are better ways for Congress to offset this two-year spending increase than to unexpectedly—and without coordinating with our military families and Department of Defense—slice into the lifetime pensions of those currently serving in uniform," he said.

"Surely we can agree it is better to end the fraudulent abuse of our system by illegally present tax filters than it is to cut the pensions of military men and women, including those who are disabled as a result of their service to our nation," Sessions said. 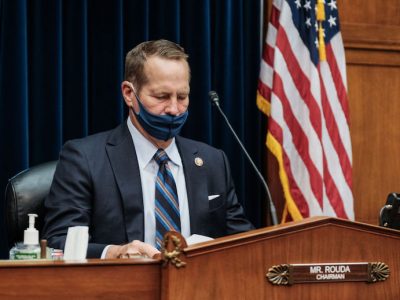 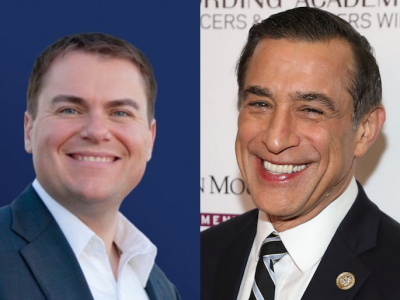