A Harvard University study found that raising the minimum wage increased the likelihood that restaurants, especially of lower quality, would close and made it less likely that new restaurants would open.

The study "Survival of the Fittest: The Impact of the Minimum Wage on Firm Exit," conducted by Dara Lee Luca and Michael Luca, examined 35,173 restaurants in the San Francisco Bay area over the course of eight years (2008-2016). Luca and Luca saw 30 percent of these restaurants close, and claimed to "find suggestive evidence that higher minimum wage increases restaurant exit."

Poorer-quality restaurants were hit the hardest after minimum wage hikes, the College Fix reported on Tuesday. Yelp data provided researchers with information on restaurants' perceived quality, with users rating restaurants on a scale of one to five stars.

Luca and Luca argued the study helped "shed light on the likely impact of minimum wage increases on existing businesses." The study came out just before Congressional Democrats proposed raising the federal minimum wage to $15 per hour on Wednesday.

Democrats' nearly $8 hike – from $7.25 per hour – outsized the wage increases Luca and Luca studied, suggesting that, if successful, the $15 proposal could have much bigger impacts on restaurants nationwide.

The Bay Area contains 101 cities and experienced 21 changes to the minimum wage during the 2008-2016 timeframe. 15 of the 41 U.S. cities and counties that raised their minimum wage ordinances above the federal minimum since 2012 were in the Bay Area.

Luca and Luca focused on wage changes in 11 cities, none of which raised their wage above $13 per hour. California's statewide minimum wage rose from $8 at the beginning of the study's timeframe to $10 at the end.

The Raise the Wage Act of 2017, according to the Washington Post, would gradually raise the minimum wage until it reached $15 per hour in 2024. It would immediately hike the wage to $9.25 if passed.

Sen. Bernie Sanders (I., Vt.), who pushed for a $15 minimum wage while campaigning for the Democratic presidential nomination, joined 21 other Democrats in introducing the bill.

The bill's proposal cited a study from the progressive Economic Policy Institute (EPI) that claimed a $15 hike would "lift wages for 41 million American workers."

EPI asserted that raising the minimum wage would, contrary to Luca and Luca's findings, spur business growth. "Because lower-paid workers spend much of their extra earnings, this injection of wages would help stimulate the economy and spur greater business activity and job growth," the study's author David Cooper wrote. 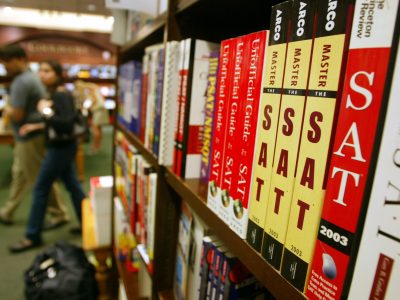