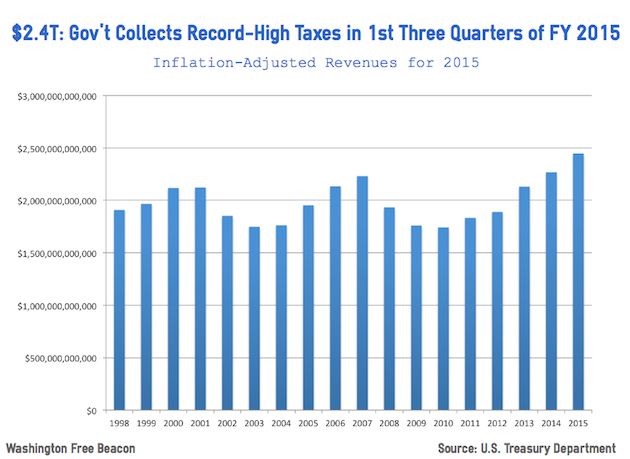 The federal government collected $2,446,920,000,000 from October through June in fiscal year 2015. Most of the $2.4 trillion came from individual income taxes, which comprised almost half of that total, totaling $1.1 trillion.

The Treasury Department has been tracking these data on its website since 1998. In that fiscal year, the federal government collected $1.9 trillion in inflation-adjusted revenue in the first nine months. This means that since 1998, tax revenues have increased 26 percent.