Democratic lawmakers are becoming increasingly vocal in calling for the reauthorization of the Export Import Bank of the United States prior to its expiration three months from Tuesday.

A Democratic representative from Washington who has sponsored relatively few pieces of legislation recently introduced a bill that would do just that.

Rep. Dennis Heck (D., Wash.) is ranked 413 among 444 representatives in bill sponsorship, according to the Center for Responsive Politics. He has sponsored just four bills in 2014, including the Protect American Jobs and Exports Act of 2014.

The bank finances purchases of U.S. exports by foreign governments and corporations and will expire unless Congress moves quickly to extend the program before it recesses in August.

Heck’s bill proposes an extension to the bank’s charter until 2021 and the incremental increase of lending cap by $5 billon each year until 2021. By then, the total lending cap would be $175 billion.

The bank has supported $11 billion worth of transactions in Washington so far in 2014—more than any other state.

Boeing’s support for Heck may also have something to do with his newfound interest in sponsoring legislation. Boeing, the customers of which are among the biggest beneficiaries of the Ex-Im bank, has contributed $15,300 to Heck in 2014, making the company his largest contributor, according to the Center for Responsive Politics.

Boeing received the bulk of Ex-Im Bank financial assistance, totaling about $8.3 billion, according to Veronique de Rugy, a senior research fellow at the Mercatus Center at George Mason University.

Heck’s bill for the Ex-Im Bank’s reauthorization has garnered support from 201 Democratic representatives.

Many Democratic proponents of the bank say that without it, American businesses would be at a disadvantage in the international market.

"Unlike large businesses, which have the ability to reach out to foreign countries and do a lot of the financing and jump through the regulatory hoops themselves, our small businesses don’t and the Ex-Im is invaluable in helping them," Sen. Charles Schumer (D., N.Y.) said Tuesday in a teleconference with two other Democratic senators arguing for the extension of the bank’s charter.

However, large businesses such as Boeing are the chief beneficiary of the Ex-Im Bank in terms of pure dollar totals.

Democrats have acknowledged those numbers but insist the bank’s primary purpose is to develop small businesses abroad.

Sen. Maria Cantwell (D., Wash.) said during the teleconference that 90 percent of all transactions supported by the bank are made by small businesses.

"I’m not going to apologize for the fact that the Ex-Im Bank supports the manufacturing of equipment like airplanes or farm equipment," Cantwell said.

Barney Keller, the communications director for the Club for Growth, told the Washington Free Beacon that while 90 percent are small business transactions, they are infinitesimal compared those made by companies like Boeing.

Keller also said some U.S. companies that do not receive support from the Ex-Im Bank are adversely impacted when other companies do.

"For every Boeing, there’s a Delta getting a disadvantage," Keller said referencing U.S. airline companies that object to the financing.

The Ex-Im Bank can finance other countries’ purchase of Boeing’s aircraft inexpensively, giving a boost to foreign competitors of U.S. airlines such as Delta that seek international routes.

The Ex-Im Bank was established in 1934. It was most recently reauthorized in 2012 with an increase to its lending cap to $140 billion. The bank’s authorization is set to expire September 30 without congressional intervention.

Schumer said he is hopeful something will be passed before the August break, while Keller said passage of legislation is unlikely. 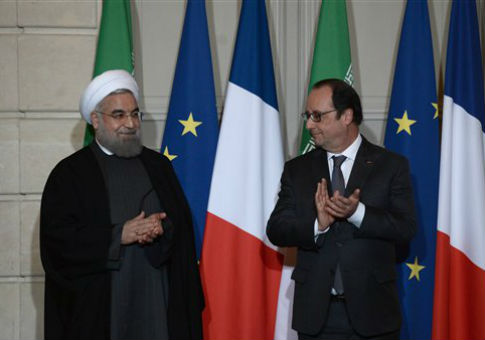 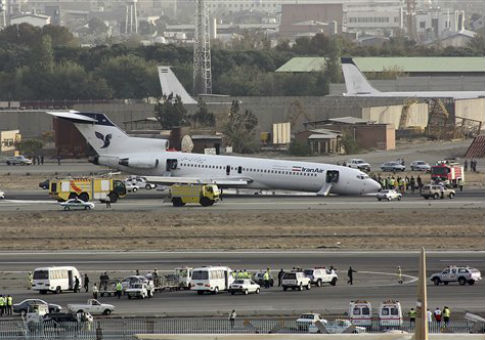 Jobs General Electric Moved to France Don’t Exist; Were Never Going to Be in U.S.

400 Jobs General Electric Threatened to Ship Overseas Do Not Exist

Justin is an intern at the Washington Free Beacon.