Unless that president is George W. Bush

Dean sang a different tune when aiding Obama on the campaign trail in 2008.

"Since the Republicans have occupied the White House, seven million more Americans have lost their health insurance. Wages have fallen. Gas prices are at record highs. And even groceries cost more than they have in the past 17 years. And America has the largest deficits in our history," he said in an April 2008 Democratic radio address.

Average gas prices have nearly doubled since Obama took office. On Tuesday, the cost of an average gallon of regular gasoline rose to $3.92, according to AAA. While gas prices eclipsed $4 per gallon in the summer of 2008, they fell to nearly $1.50 by year’s end. Gas prices are expected to continue to rise as the election approaches.

Dean is not the first Democrat to blame Bush while absolving Obama. Rep. Ed Markey (D., Mass.) slammed Bush in 2008 saying, "the incredible escalation of gas and oil prices is not an accident; it is the result of more than seven years of this administration pushing an energy policy solely focused on fossil fuels."

Obama has mocked Republican presidential candidates for backing "silver bullet" solutions to skyrocketing energy costs, as well as campaigning in front of gas stations. Two tactics he embraced on the 2008 campaign trail.

While Obama has enjoyed slight positive gains in recent polls, nearly two in three voters disapprove of his handling of rising gas prices. 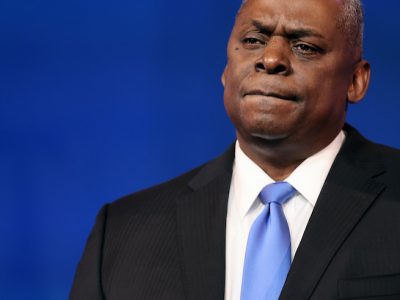