Kutztown University professor Ellesia Blaque—whom ABC repeatedly identified as "uncommitted" in its coverage of the town hall—praised vice presidential candidate Kamala Harris during the Democratic primary, saying she would "be there, volunteering" for the California senator in Pennsylvania. The English professor was not shy about her partisanship, calling Trump a "f—ing moron," "pathetic," "pig," "swine," "punk ass," and "LOOSER" (sic) in a slew of 2019 tweets. She is a self-described "liberal Democrat," according to her Facebook profile, on the grounds that liberals "are not motivated by money or power, but by humanity and the needs of the people." 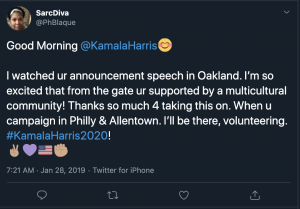 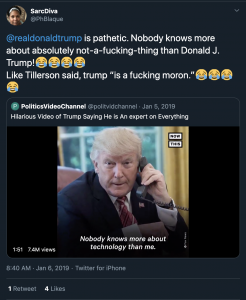 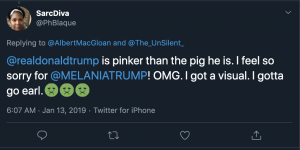 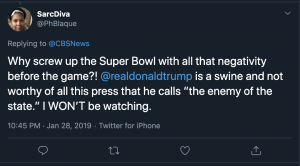 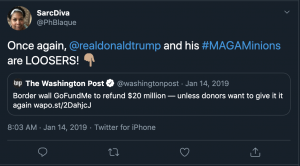 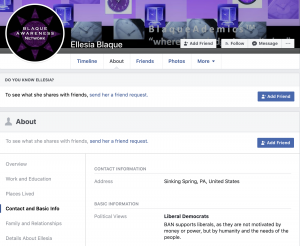 Another "uncommitted" voter, Philadelphia pastor Carl Day, tweeted that he's "never once supported trump and won't now" in August, just weeks before the ABC town hall. He went on to say that Trump's "Make America Great Again" slogan refers to a time in which "the n— did what they were told in all industries, wouldn't have the audacity to try to enter a white establishment and didn't talk back to the cops." Day also referred to Trump as a "villain," called him "ridiculously arrogant & obnoxious," and said he "ain't no Christian" in posts spanning from 2015 to 2019. 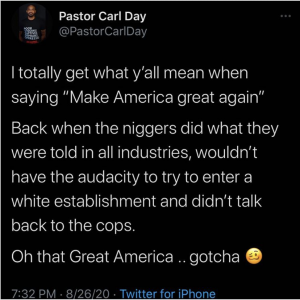 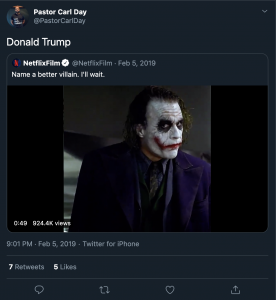 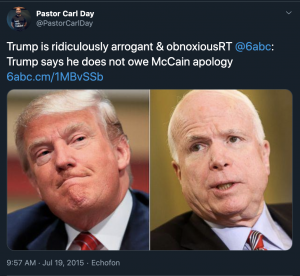 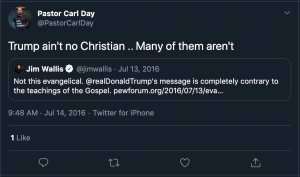 An ABC spokesperson told the Free Beacon that the voters "all identified to [the network] as uncommitted." The spokesperson would not say whether the network took any time to verify those claims, nor did he answer questions about the selection process.

Blaque appeared on MSNBC after the town hall, saying, "I didn't know if I was going to vote or not—it was never a question of will I vote for Trump or Biden." According to CNN, Blaque's hesitance to vote altogether was "why she qualified as an uncommitted voter by ABC's standard."

Blaque assured MSNBC viewers that she "really did go [to the town hall] with an open mind," adding that she "decided to bite the bullet and vote for Biden" after the event. She displayed a Michelle Obama photo book in the background and said that she watches host Joy Reid "every night." Blaque penned a CNN opinion piece after the town hall, accusing Trump of seeing her as a "fat Black woman—a metaphoric rock in his shoe" rather than a "human being asking for his support and help."

Day also appeared on CNN following the town hall, telling host Don Lemon that Trump referred to "statistics and numbers, stats that he probably had no substance behind" during the event.

Neither Blaque nor Day responded to requests for comment.

The town hall was hosted by ABC News chief anchor George Stephanopoulos, a former aide to President Bill Clinton who donated $75,000 to the Clinton Foundation between 2012 and 2014 and came under scrutiny after interviewing twice-failed presidential candidate Hillary Clinton without disclosing the donations. He also interviewed the author of a book criticizing the foundation's foreign donors in 2015 and did not reveal the conflict of interest. The anchor's Clinton Foundation contributions were first discovered by the Free Beacon.

Democratic nominee Joe Biden also addressed voters two days after ABC's event at a CNN town hall. He falsely claimed that he would be the first president without an Ivy League degree and was the first person in his family to go to college.