When Wesley Hunt spoke to two dozen curious voters in the backyard of a suburban Houston home on a cool night in September, he had just come from his doctor's office after donating plasma for the possible treatment of others who had been infected with COVID-19.

In that doctor's chair and later in that supporter's backyard, the black Republican running in a swing district found himself at the center of the American political moment in so many different ways. From race relations to the pandemic to the political fight for suburban Texas, Hunt says his personal experience with each topic brings a level of understanding that leaves him uniquely qualified. And at the center of everything is a place the West Point grad and former Apache helicopter pilot seems comfortable.

"My life has prepared me for this very point," Hunt told the Washington Free Beacon. "All these issues that we're talking about it is very complicated. It's not that simple. It literally is not black and white as people want to make it."

Hunt exuded a natural charisma during his backyard speech while flowing naturally between moments of levity and moments of poignance. He aimed for nuance when dealing with sensitive topics. He didn't shy away from the fact that his family had experienced racism but emphasized it had also lived the American dream.

"My great-great grandfather was a slave," Hunt said. "He was born on a plantation about 60 miles north of Baton Rouge. His great-great grandchildren, three of them went to West Point, have multiple master's degrees from Ivy League schools, have served our country with distinction, and have lived the American dream. And that can only happen in America." 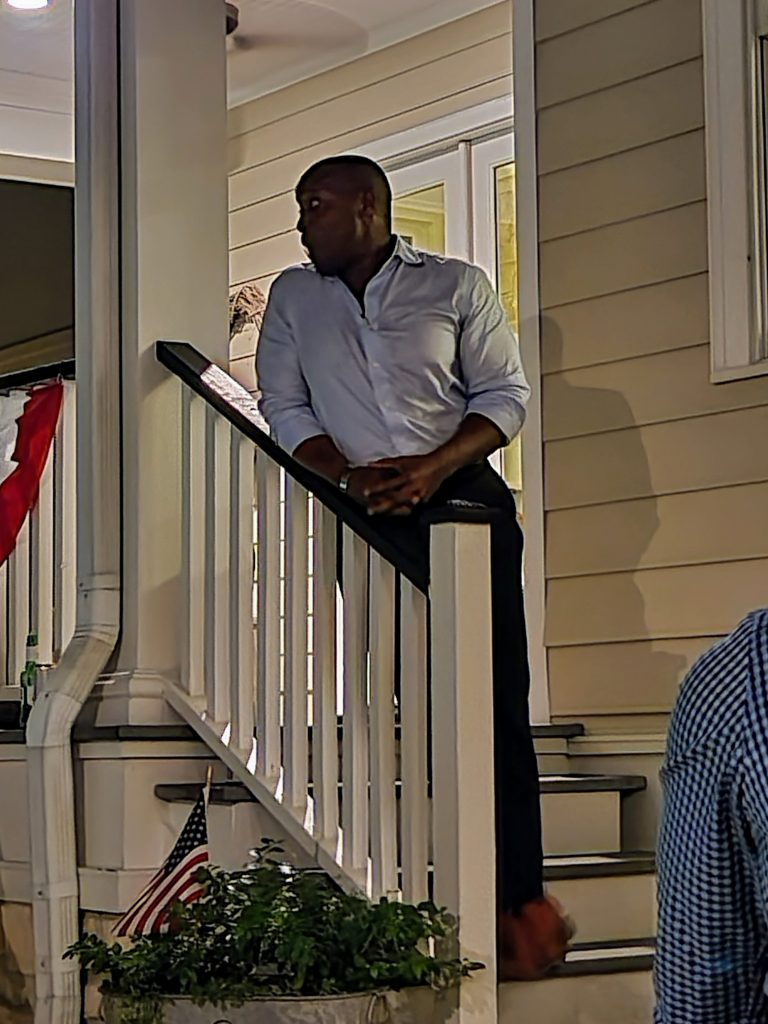 He noted he was the only black person at the event, which he said "tends to be the case" in the seventh district of Texas, but said it did not matter. He said he believed the people gathered in that backyard were more concerned with the content of his character than the color of his skin. It was something he said he saw firsthand while studying at West Point with Americans from all different races and backgrounds—14 of whom made the ultimate sacrifice while fighting alongside Hunt oversees.

"We arise every morning and put our feet on free, sovereign, American soil. Breathe free American air. Because these brave gentlemen died for us," he said. "They didn't die for white people or black people or Asian people or Indian people. They died for Americans."

Hunt wants to take that attitude of cooperation and patriotism to Congress—something he said his opponent, Rep. Lizzie Fletcher (D.), had promised to do but failed to deliver on. He complained her voting record was too close to that of Speaker of the House Nancy Pelosi (D.). He promised to try and form coalitions with members of both parties—especially other veterans—and buck his own party when he thinks it is necessary.

"The idea of just voting with Speaker of the House 99 percent of the time, that just doesn't make any sense to me," he said. "Even if it was a Republican speaker and if there were something that did not benefit this district, I would absolutely vote against it."

Fletcher did not immediately respond to a request for comment.

Hunt presented a somewhat nuanced view of President Donald Trump as well. At one point he cracked a well-received joke about how the president's tweets sometimes get him in trouble. But he also made clear he was endorsed by the president, plans to vote for him, and is largely in agreement with him on questions of policy.

"I want you to trust me that, although President Trump sometimes can go a little bit off script, trust that I will interpret the policy that benefits the people in this district the best," he said.

He used part of his time with the group to talk about key policies that tower over the Houston district. He noted the Texas Fraternal Order of Police endorsed him over Fletcher and called the effort to defund police departments "absurd." He said he'd work with President Trump on flood mitigation if elected. And he put the most emphasis on opposition to efforts by Democrats to ban fracking and restrict the gas and oil industry that powers many jobs in the district.

"You're not going to fuel an Apache helicopter with wind and solar," he said to a laugh from the group. 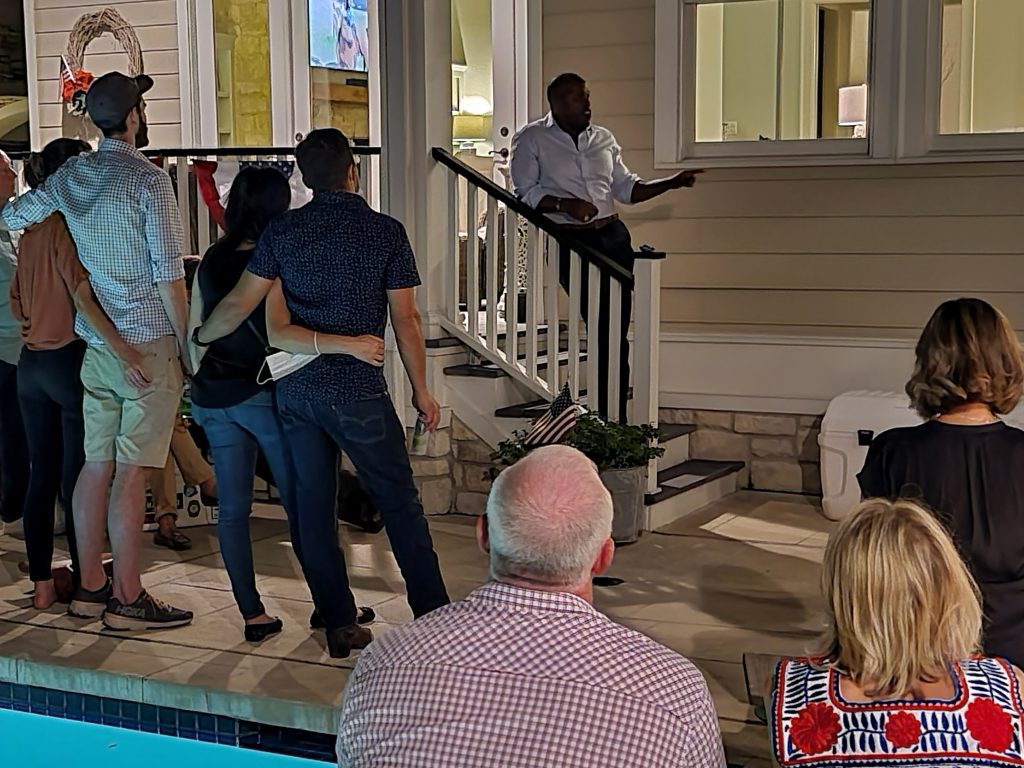 But while Hunt's campaign says the policy contrast with Fletcher is important, it believes Hunt's background and natural political ability will be what reverses the direction of Texas 7 and moves the seat back to the Republican Party. The campaign faces an uphill battle, with the Cook Political Report rating the district "lean Democratic." But Hunt argues Fletcher's 2018 defeat of Republican John Culberson was less a sign of the district trending more blue and more a sign of Culberson taking the district for granted.

"I reject the idea that this is a Democrat seat," he said. "I think we're going to prove that here in November."

If people like Megan Beauchamp are any indication, Hunt's message may be resonating with voters. After hearing Hunt speak at another small gathering, the small-business owner was inspired to get actively involved in politics for the first time. She volunteered to host the event—which featured hand sanitizer and free masks alongside the traditional campaign volunteer signup sheet—in her family's backyard.

"I heard hope in his voice," she said. "I know that sounds a little cheesy but I felt enthusiasm and passion and optimism."

Beauchamp said she even invited neighbors who she knew weren't Republicans because she felt Hunt's message could resonate with them too. Hunt—who was recently featured in an all-star style ad alongside other Texas Republican candidates and Rep. Dan Crenshaw—didn't shy away from his identity as a Republican but still seemed to craft his message to appeal to as many Americans as he could. His backyard speech didn't downplay the problems facing the country, but it emphasized hope for the future and belief in the American way's ability to get us there.

"Do we have a ways to go? Yes, we do. Can we always work to get better? Yes, we can. Actually, that's inherently what we do as Americans," he said. "It's why I love this country so much. And that's why I want to stand for it and continue to be a beacon of light for the world."