Dr. Mehmet Oz, M.D., is a board-certified cardiothoracic surgeon. "Dr." Jill Biden, Ed.D., has a doctoral degree in education from the University of Delaware. Most Americans would probably agree as to which one of these individuals is more deserving of the title, "doctor."

Susan Wild, a Democratic congresswoman from Pennsylvania, is not most Americans.

"Please stop using ‘Dr.' before Oz's name," Wild wrote on Twitter earlier this week. "Use his name like we do for all other candidates. Or just his last name as we often do. He's not practicing medicine. He's running for office."

Dr. Oz recently secured the Republican nomination for Senate in Pennsylvania. He is running against Democratic nominee John Fetterman, who recently suffered a stroke after ignoring his (medical) doctor's advice for years.

Wild is far more deferential when it comes to the first lady's post-graduate degree. In October 2021, the congresswoman touted an upcoming appearance by "Pennsylvania's own Dr. Jill Biden" at an event in her district. One local media outlet found it necessary to clarify that Biden "holds a doctorate in education," perhaps to avoid confusing its readers.

Jill Biden's insistence on being described as a "doctor" is objectively weird. When the Wall Street Journal published an op-ed pointing this out in December 2020, however, a bunch of elite liberals agreed to be outraged. They demanded that "Dr. Biden" be given the "respect she deserves."  It was yet another example of the Democratic Party's commitment to advancing the interests of wealthy white women with graduate degrees and other marginalized communities.

It goes without saying that Wild's comments about Oz, who is trying to become the first Muslim elected to the U.S. Senate, are outrageous and condescending and offensive to all Muslims who worked hard to achieve their titles. The Washington Free Beacon is appalled and unsurprised that the Democratic lawmaker would tweet that trash.

Whereas Oz is attempting to make the Senate more diverse and inclusive, his opponent is attempting to become yet another Harvard-educated white guy to win a seat in the upper chamber. Fetterman is best known for holding an innocent black jogger at gunpoint in 2013 and refusing to apologize for the racially charged incident.

Wild, who narrowly defeated GOP challenger Lisa Scheller in 2020, is among the most vulnerable Democrats seeking reelection this cycle. Scheller is running again this year to unseat Wild in the state's Seventh Congressional District, which the Cook Political Report rates as "Lean Republican."

Jill Biden's lack of formal medical training notwithstanding, the fake doctor deserves at least some credit for performing the role of primary caregiver for her mentally and physically enfeebled husband, President Joe Biden, who will celebrate his 80th birthday in November and has indicated he intends to run for reelection in 2024. 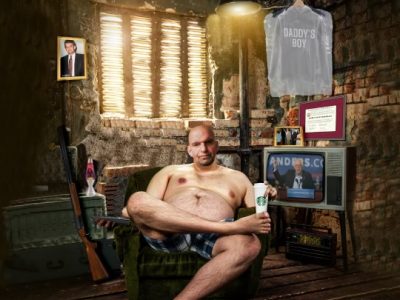