A California Democrat who has repeatedly demonstrated his ability to afford fancy electric vehicles that most hardworking Americans would find prohibitively expensive told constituents this week he is "feeling pain from high gas prices."

In response to the increasing alarm felt by many Americans facing surging fuel prices, Rep. Mike Levin (D., Calif.) slammed the "politicians and pundits [who] are pointing fingers and oversimplifying the problem to serve their narrative of choice." The congressman proceeded to point his finger at COVID-19, Vladimir Putin, and greedy corporations.

"There's no question we're all feeling pain from high gas prices. The average price of regular gas in California is now around $6.00 per gallon," Levin wrote in an op-ed for the Times of San Diego. "And while pundits and politicians will continue to point fingers, I'm going to keep focusing on solutions that deliver real results."

Levin's attempt at empathy fell flat, however, given his preference for expensive electric cars. The congressman has owned at least two electric vehicles, according to his social media posts. One is the Honda Clarity Fuel Cell, which retails for about $60,000. The other is a Chevy Volt, which can cost more than $40,000. 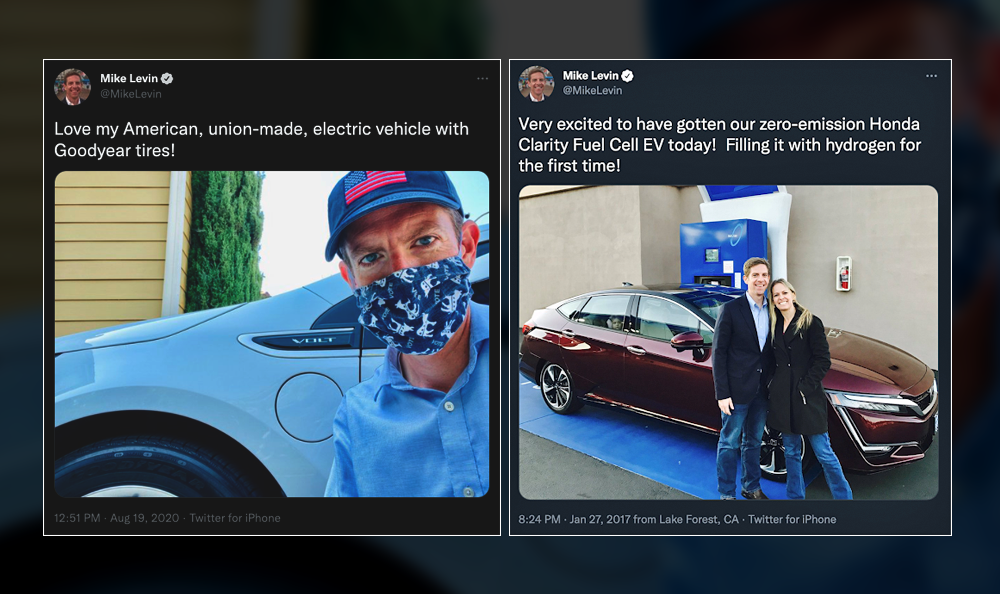 Wait. You might be asking yourself: Did the congressman really leave his infant child in the backseat of his fancy electric car so that he could pose for a photograph he would later post on social media? Yes, in fact, he did. 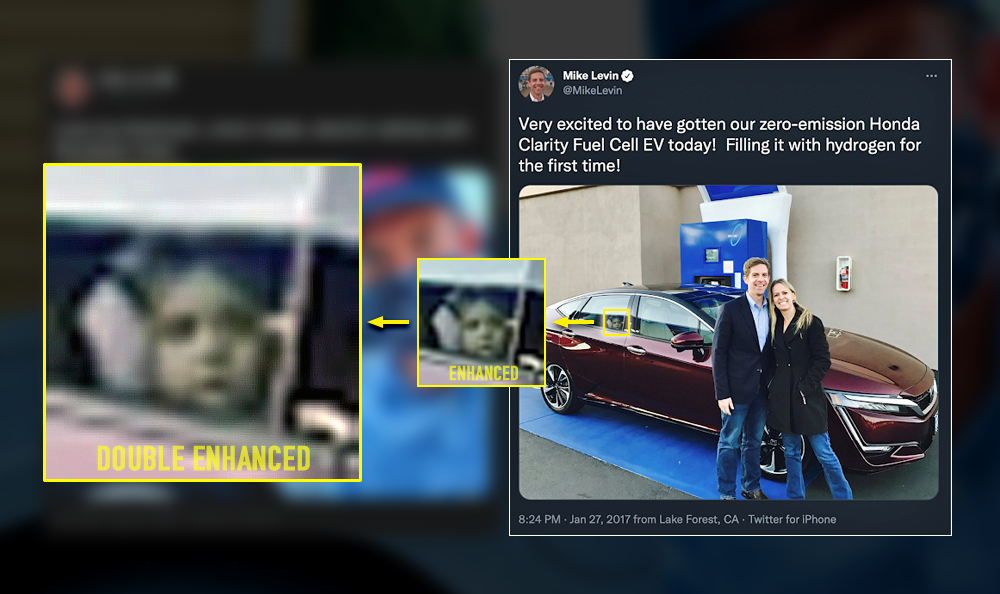 In November 2021, Levin bragged on Instagram about test-driving a brand new Rivian electric truck, which has a retail price starting at $79,500. In the interest of providing context, that is about $12,000 more than what the median American household earns in an entire year. Democratic lawmakers insist the party has "done our part" to lower the cost of gas by investing in electric vehicles, which carry an average price tag of more than $56,000 and the components of which are largely supplied by China.

The Biden administration has repeatedly touted electric vehicle companies, including Proterra, an electric bus manufacturer that counted Energy Secretary Jennifer Granholm among its board members. Transportation Secretary Pete Buttigieg, who drives an electric SUV made in Mexico, has urged Americans to stop whining about rising gas prices and start buying fancy electric cars.

Levin has gone so far as to shame Californians for driving gas-powered vehicles. The average price per gallon of gas is $4.14 nationwide, according to AAA. Levin's constituents in the Orange County area, however, are paying upward of $5.85 per gallon. Ouch.