Analysis: The Omicron variant doesn't care about your quirky selfies

California's redistricting commission on Tuesday approved a new congressional map that, according to political analysts, will further entrench the Democratic Party's power in the heavily Democratic state.

To celebrate the outcome, members of the commission sipped champagne and violated the state's indoor mask mandate by huddling together at a restaurant and posing for quirky selfies as the Omicron variant of COVID-19 runs rampant throughout the population.

Shortly after voting to approve the Democrat-friendly map, a member of the commission posted a series of maskless group photos taken at the dinner party. The photos implicate all members of the commission in the violation of California's mask mandate, which was reimposed by Gov. Gavin Newsom (D.) on Dec. 15 and applies to all individuals regardless of vaccination status. The mandate permits the removal of masks while "actively eating or drinking" but allows no such exception for the taking of selfies. 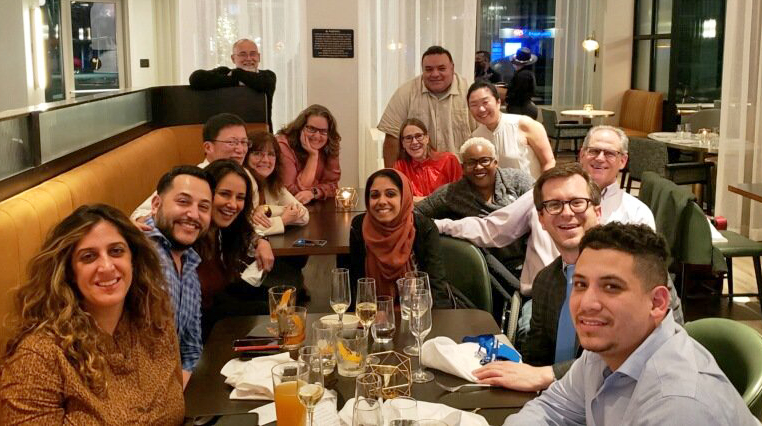 "We landed the plane, and locked it in!" commission member Trena Turner wrote in a Twitter post that accompanies the incriminating photos.

Turner's colleague on the commission, Sara Sadhwani, posted a photo of her taxpayer-funded mask on a table next to a glass of what appears to be champagne. In a separate video, Sadhwani posted a video of Commissioner Jane Andersen without a mask while talking about California as "gold country." 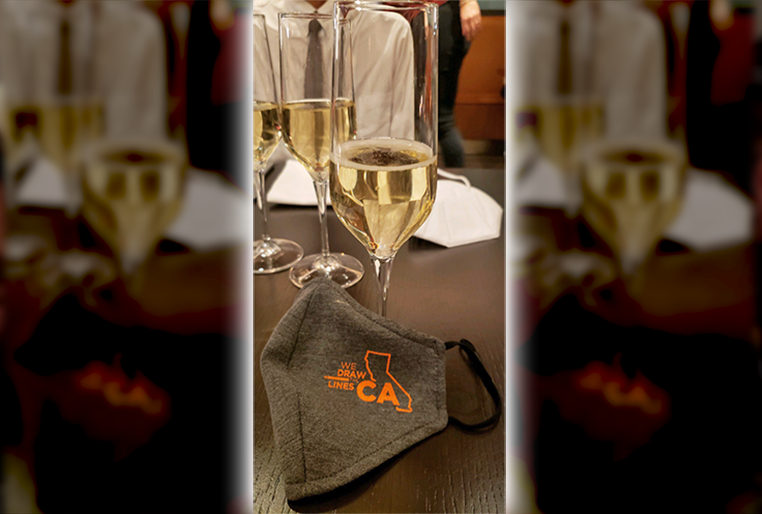 Though nominally an independent body, the California redistricting commission produced results that were widely praised by Democrats, including partisan litigator Marc Elias, who shared a Politico story about how the new map "boosts Democrats" and praised the commission for being "fair." Elias has frequently criticized, and occasionally sued, Republican-controlled states for drawing congressional maps he considers unfair because they fail to boost Democrats.

Election experts agreed that Democratic candidates were almost certain to benefit from the new district lines at the expense of Republicans. "This is the high end of what was a probable outcome for Democrats," data analyst Paul Mitchell told Politico. He predicted that of the 11 GOP incumbents who represent California in Congress (out of 52 total seats), only 9 would be reelected in 2022.

"California's near-final draft map looks terrific for Dems," wrote House elections expert Dave Wasserman, who assessed that 5 of the state's 11 Republicans would be "more vulnerable" as a result of the new map.

A Washington Free Beacon review of the state's new congressional map shows that every Democratic incumbent now sits in a district where Trump got less than 44 percent of the vote and that the map appears specifically to target Republicans of color, such as Reps. Michelle Steel, Young Kim, David Valadao, and Mike Garcia. Even "safe" GOP seats, such as the one held by Rep. Ken Calvert, are more competitive now thanks to a new claw-shaped district that incorporates more Democratic voters.

California's redistricting is the latest example of an "independent" commission approving a new congressional map that happens to hurt Republicans. Similar commissions have produced comparable results in Michigan, Maryland, and New Jersey, as Democrats attempt to gain whatever advantage they can ahead of the 2022 midterm elections. The way things are going, they're going to need all the help they can get.