The Wages of Woke

Dr. Robin DiAngelo, the bestselling author of White Fragility, claims to believe in accountability. DiAngelo used to list the "racial justice" organizations she donates to as part of her extensive "accountability statement," including a monthly "land rent" paid to the Native American tribe that used to occupy Seattle.

But when the Washington Free Beacon began contacting the organizations she listed as recipients of her largesse, DiAngelo scrubbed the site, removing their names and the dates of her giving from the public domain—a version of the page remains available through the Internet Archive after briefly being unavailable due to what the site said were technical issues. The page was edited again as recently as Friday, when DiAngelo wrote she would begin donating 15 percent of her after-tax income, "in cash and in-kind donations," starting next month—suggesting she had not previously, as the page exhorts, given a percentage of her income large enough that she could "feel it."

This about-face is odd for a woman who has made her career demanding white people not respond defensively in hard conversations. DiAngelo vaulted to superstardom upon the 2018 publication of her book, White Fragility, which argues that all whites are racist and any rejection of that fact is only further evidence of it. To address racism, DiAngelo argues, requires the sort of anti-bias instruction she is selling.

The nationwide racial outcry that has followed the killing of George Floyd has supercharged the Diversity and Inclusion industry, and DiAngelo may be its greatest success story. While she has likely made over $2 million from her book, the speaking circuit is where she is cleaning up. One of the speakers bureaus that represents her told the Free Beacon that a 60-90 minute keynote would run $30,000, a two-hour workshop $35,000, and a half-day event $40,000.

Even before the George Floyd protests reinvigorated demand for so-called anti-racist instruction, the New Yorker had dubbed DiAngelo "the country’s most visible expert in anti-bias training." But the eye-popping numbers underscore how she has turned her academic theories about white racism into a multimillion-dollar empire of anti-imperialism. She owns three homes and is an international jetsetter.

DiAngelo did not respond to multiple requests for comment for this article.

DiAngelo’s clients, according to her website, range from Amazon and the Bill & Melinda Gates Foundation to Unilever and the YMCA. DiAngelo reportedly charges up to $15,000 per session—a March 2019 appearance, for example, cost the University of Kentucky $12,000, as well as a $5-a-minute phone-call fee. Recent virtual events run up to $175 a ticket. The eight to ten private events DiAngelo says she speaks at each month likely net her at least $1.5 million annually.

Her book, which made the New York Times bestseller list in its first week and currently occupies the number-two slot, has only added to her success. DiAngelo's publisher said it has sold 1.6 million copies, one million this year alone. Given a conservative 8 percent in royalties, that would mean the book has made DiAngelo over $2 million.

Such lucrative gigs put the white DiAngelo on par with several prominent black commentators on race. Boston University's Ibram X. Kendi, whose book has jockeyed with DiAngelo's on the bestseller list, charges $150 for tickets to public events and $25,000 for a one-hour presentation, his representatives told the Free Beacon. Former Atlantic writer Ta-Nehisi Coates has charged between $30,000 and $40,000 for public lectures.

DiAngelo has presented herself as a classic American rags-to-riches story, offering vivid details of a childhood spent in profound poverty. Those details are not always consistent—in a 2006 paper, for example, DiAngelo claims she "left home as a teenager and struggled to survive," seeing "no path out of poverty other than education." But in a recent New York Times interview, DiAngelo claimed to have run away from home but says she "didn’t get far," and she didn’t enroll in college until she was in her mid-30s. Neither of DiAngelo’s sisters responded to requests for comment.

Her path out of poverty did come through education: a B.A. from Seattle University, then an M.A. and Ph.D. from the University of Washington. The latter was collected under the tutelage of Professor James A. Banks, the "father" of multicultural education, and earned for a 300-page thesis on the "master discourses" of whiteness.

By the time DiAngelo landed an associate professorship at Westfield State University, outside of Springfield, Mass., she was entrenched in anti-bias training. As early as 2007, she co-taught a class with Darlene Flynn, a leading figure in Seattle's social justice community.

She may have seen opportunity in a growing industry. The Diversity and Inclusion business was thought to be worth $8 billion as of 2003; by 2005, 65 percent of big companies offered diversity training.

Demand has risen since, and she has reaped the benefits. Public records indicate she owns three homes, all bought before White Fragility was published: a four-bedroom bungalow and half of a duplex in Seattle (her daughter, nearing 40, occupies the latter), and a cabin in rural Washington, where DiAngelo and husband Jason Toews relax with friends who, at least on Toews's Instagram, appear to be exclusively white. Tax assessments put DiAngelo's cumulative housing wealth at roughly $1.6 million, in the vicinity of Coates's $2 million Brooklyn brownstone. 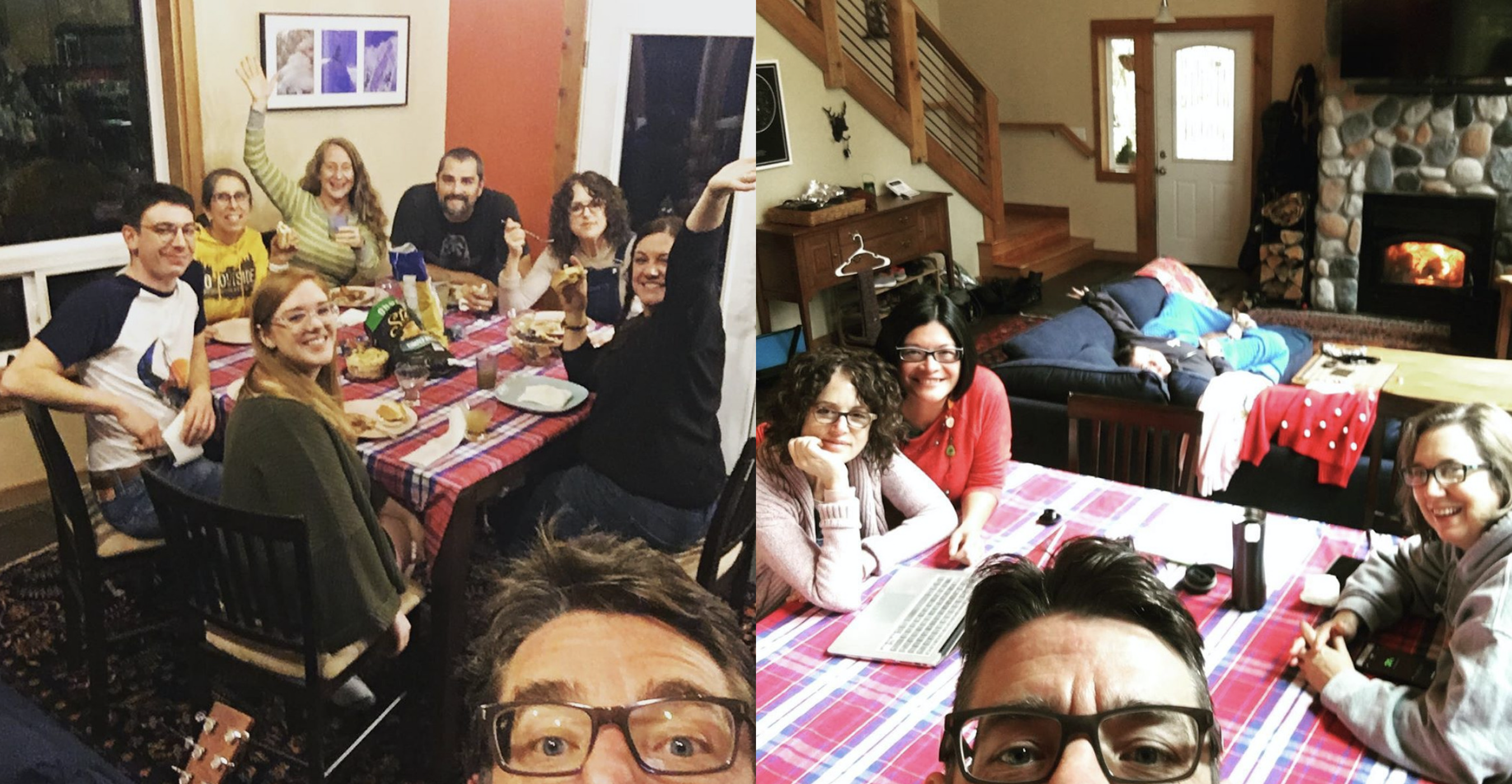 In the past three years, DiAngelo and Toews, who as of last September served as DiAngelo’s administrative assistant, have backpacked through Thailand, visited Romania, and toured South Africa.

DiAngelo’s wealth is jarring in part because of her criticisms of white privilege. It is also surprising given that available evidence suggests the anti-bias training she peddles does not work.

A review of nearly 1,000 studies of anti-bias tools found little evidence that they have any impact. In fact, recent studies suggest anti-bias training's primary effect may be to encourage discrimination: Firms with diversity training end up with fewer minorities in management, and field research finds that training both reinforces stereotypes and increases animosity against minority groups.

But DiAngelo’s concept of "white fragility" offers an answer to that academic evidence: The negative responses whites express when told they’re racist are simply evidence that they lack "racial stamina"—and indicate that more $40,000 anti-bias sessions are necessary.

Her advice to white people looking to "shift their thinking and alter their actions" is to engage in more self-education, particularly of the sort she sells. Doing so, she told NPR, "will be lifelong"—an effective way for an already wealthy woman to keep her clientele.

This sales pitch is working. White Fragility tops reading lists from corporations and prestigious universities. Reading groups from Washington, D.C., to South Euclid, Ohio, are discussing it. And the proceeds all flow to a woman who has made a career arguing that white people like her are inescapably, intolerably privileged—an injustice you can only remedy by buying her book.

UPDATE, 10:15 a.m.: This article has been updated to reflect a clarification from the Internet Archive.