REVIEW: ‘Classified: The Untold Story of Racial Classification in America’

The first televised interracial kiss is canonically dated to the November 22, 1968, episode of Star Trek, the one where William Shatner’s Captain Kirk shares a passionate moment with Nichelle Nichols’s Lt. Uhura. The kiss was not the first instance in which a white and nonwhite actor swapped spit—Wikipedia snippily notes a number of prior instances on Star Trek in fact—but it attained its cultural status because it was the first kiss between a white man and a black woman (rather than some other, less-villainized pairing) and because it took place at the height of the civil rights movement, on an extremely progressive television show.

Pop culture, in other words, reflects where people want to see race, and where they don’t. Take, by contrast, one of the earliest examples: the 1950s comedy classic I Love Lucy. The show features the white Lucille Ball playing opposite her husband (in the show and real life), Desi Arnaz, who fled to the United States from Cuba following the 1933 revolution. Today, Arnaz would check the "Hispanic-Cuban" box on his Census form. But in the 1950s, when less than 5 percent of Americans approved of interracial marriage, millions of viewers nevertheless cheered his antics with the English-descended Ball.

Why, in the racist heyday of the 1950s, could a Hispanic man kiss a white woman on national television? The answer lies in the peculiar history of America’s racial classifications, ably documented by George Mason University professor David Bernstein in his new book, Classified. The acceptance of Ball and Arnaz’s on-screen relationship, it turns out, is just the tip of the iceberg.

"Official American racial and ethnic classifications are arbitrary and inconsistent, both in how they are defined and how they are enforced," Bernstein writes in the book’s introduction. "The categories are socially constructed and historically contingent. They evolved from older racist categories and have barely been updated since the 1970s."

Classified is, among other things, a tour through these peculiarities. Take, for example, Hispanic ethnicity, which is for historically contingent reasons distinct from "race." When the category was first introduced in the 1970s, the primary groups meant to benefit—Cubans, Puerto Ricans, and Mexicans, particularly those whose dark skin made them a subject of discrimination—were joined by Spanish-speaking ancestry. But the way the category is constructed results, for example, in magazines labeling the alabaster-skinned actress Anya Taylor-Joy a "woman of color." At the same time, it ignores Americans from Portugal and Brazil, the latter accounting for something like a third of the population of Latin America.

When Bernstein calls such categorizations "socially constructed and historically contingent," he is alluding in part to the haphazardness of their creation. The story goes something like this: In the early 1960s, America was a mostly white nation, with a sizable minority of blacks subject to often brutal racial discrimination. A social and political movement emerged with the intent of stopping that brutality, culminating in the passage of the Civil Rights Act and other landmark political victories. Those changes both created special protections for historically disenfranchised minorities, and required private and public actors alike to begin to track these same groups, so as to measure progress away from discrimination.

This was all well and good, except it rapidly became apparent that groups other than blacks ought to, or in some cases simply wanted to, benefit from the new civil rights regime. Protection from discrimination meant guaranteed access to some loans, jobs, and the like, because if a person from a protected group was denied something, he or she could make a discrimination claim. The Hispanic identity category, Bernstein documents, was part of a deliberate campaign to garner greater recognition of—and therefore benefits for—several previously distinct groups.

On the other end of the spectrum, there are groups who were both economically disadvantaged and discriminated against, but who nonetheless were not beneficiaries of affirmative action. Poles and Italians both lobbied for but were denied official recognition as protected classes. The Acadians of Louisiana—who by some measures are worse off today than American blacks—were also excluded.

The absurdity of the system was compounded by the liberalization of immigration under the 1965 Immigration and Nationality Act. The Civil Rights Act’s categories were made for a country that was overwhelmingly white and black, with just a handful of members of other races. As much is apparent, for example, from the fact that Asian Americans—whose number have grown 23-fold since 1960—are still clustered into one large group, combining Indians, Pakistanis, Chinese, Japanese, and Filipino Americans into one awkward category. Similarly, the vast swath of Americans from the Middle East and North Africa have long lobbied for a separate categorization, arguing quite sensibly that Persians, Saudis, and the like should not be classified as "white" as they are now.

One reasonable question a skeptical reader of Bernstein’s book might raise is, "so what?" All systems of classification, particularly bureaucratic systems, have edge cases, which invariably produce absurdities. Yes, the American system has some oddball outcomes—who cares?

The simple answer is that, here as elsewhere, culture is downstream of politics. The decisions made about racial classification by unelected judges and bureaucrats define the background terms in which we think about race—who is oppressed and who is oppressor, who is deserving of reparations and who is not. Our current race craze is inextricably linked with the civil rights regime, and particularly with its more absurd judicial byproducts—disparate impact, racial quotas, hostile environment discrimination, etc. A primitive component of those ideas is the taxonomy of which races can and cannot be harmed by said discrimination, a taxonomy the state itself creates.

The obverse of this is that bureaucratic racial classifications tend to ossify as identity categories. Reihan Salam, president of the Manhattan Institute (i.e., my boss), argued in a recent Atlantic essay that the backlash to wokeness among nonwhite groups was driven by what he termed "anti-racialism," the desire to assimilate into a multiracial American mainstream, rather than remaining separated by race. The cost of bureaucratically mandated racial categorizations is to make racial identity less fluid, prohibiting this kind of assimilation—to the benefit of those who wish to divide by race, but against the desires of many others.

Things did not, Bernstein notes in passing, need to be that way. France has long banned the collection of race-specific data. Motivated by the horror of the Holocaust, Canada stopped tabulating race in 1951. America was thought to be heading that way as well, until the civil rights movement sent us in the opposite direction.

It may be the case that race-conscious policy was necessary to remediate the particular harms of mid-20th century anti-black racism in America. But that does not mean the terms of then are well-suited to the issues of now. Classified is a worthwhile read not only as an exploration of the law and the bureaucracy, but as impetus for change. Readers interested in either would do well to pick it up.

Classified: The Untold Story of Racial Classification in America

Charles Fain Lehman is a fellow at the Manhattan Institute and a Contributing Editor of City Journal. 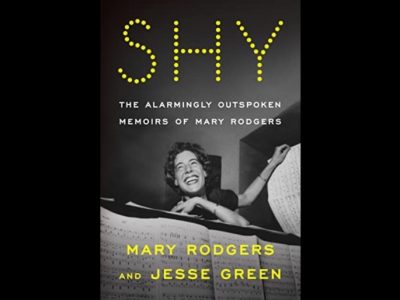