Now that yet another book (number 19, I think) has appeared to challenge my Grand Strategy of the Roman Empire, first published in 1976 with several subsequent editions also in Hebrew, Chinese, and lesser languages—and there is also a very critical wiki entry—the time has come to confess how I came to write the book.

With the profitable family factories in Italy still going strong and absolutely no interest in earning a living, after going to Israel as a war volunteer just in time for the 1967 war but left at loose ends by an ill-timed 1970 ceasefire, I responded to the invitation of two genteel and distinguished Johns Hopkins University professors to spend two years in the United States signed up as a graduate student while writing a dissertation, without any tiresome coursework or classes and with tuition paid and even a scholarship. At the time I was mostly interested in strategic nuclear weapons and had just published a booklet on "the strategic balance" that went beyond missile inventories to operationalize them, to see who would come out on top by attacking not cities but missile silos.

On my first day visiting the Johns Hopkins Homewood campus I was stopped by a young professor who somehow knew I was the author of the aforementioned booklet, which evidently he disliked intensely (it was a tad cold-blooded about the end of the world). He sneered: "So I suppose you mean to write a dissertation on the research and development of the Minuteman ballistic missile?" No, I replied, my subject is… The Grand Strategy of the Roman Empire (stringing together the most resonant, most grandiloquent words I could think of).

Now all that remained was to write the dissertation whose title I had just made up to respond to the sneer with a put-down. Because I had mostly studied analytical economics at the London School of Economics, all I had to start with were schoolboy memories of colorful emperors, but Latin I had studied in school, starting at age six because a wildly eccentric elementary school teacher in Palermo who was supposed to teach us Italian refused to do so ("you all speak Sicilian anyway") and taught us Latin instead.

Later when I ended up in a British boarding school, there was an ex-priest converted to Judaism who taught plangent church Latin, and a retired lieutenant colonel with a wooden leg (El Alamein) who devoted himself to Akkadian and Ugaritic but reluctantly taught us Greek, avoiding Homer as too Ionic, Thucydides as too epigrammatic, and Plato as too poetical a poofter. He gave us the playwrights instead, infecting me with an incurable devotion to the first—Aeschylus, who overcame the lack of special effects to depict the Battle of Salamis (in which he took part) by setting his play at the Persian court where successive messengers arrived to bring word first of the splendid advance of the immense Persian fleet, and then of its shocking defeat by nimble Greek vessels.

So at least I could read the texts instead of always opaque translations, and not only De Bello Gallico, Julius Caesar's advertisement of his qualifications to lead Rome written in the simplest Latin to reach even semi-literates, but also Cicero and Livy and even Tacitus, as well as Greek Polybius, Cassius Dio, and the rest.

But I had only vague notions of Roman history, and when I started reading I immediately discovered that the Brits had written fine books on Rome (none finer than Ronald Syme's The Roman Revolution) and the French a few, but that all the serious stuff was still in German, from old Mommsen to many modern authors and also the immense Pauly-Wissowa's Real-Encyclopädie der classischen Altertumswissenschaft that remained indispensable, starting with the book-length entry Legio.

It was lucky therefore that I had German as one of my mother languages and set out to read my way through the literature, only to discover within weeks that I would be able to polish off the book in three months (without citizenship or security clearance I was entangled in Pentagon work for the secretary of defense). The three-month miracle was due to the discovery that in German there was an entire literature on the Limes—the Roman military frontier from Hadrian's Wall to keep out the Scots, along the Rhine and Danube to Anatolia and Mesopotamia against Persia, and from the Black Sea's sorrowful Tomis all the way west to Tingis on the Atlantic.

So hey presto, there it was: First no Limes, and Romans control their territories via client-rulers both great like Herod and small, with the Legions only arriving to prop them up, or knock them down if disloyal; then the Limes period, with walls or palisades interrupted by forts along the way, the larger ones holding forces ready to sally out to attack aggressors; and then after Diocletian, "defense in depth" when cities expansive and unwalled for centuries within the secure Limes-encompassed empire all had to shrink, huddle, and wall themselves off to keep out marauders.

The dissertation was accepted with just one change (a misspelled word) and quickly published, to be greeted by a generous Times Literary Supplement front-page review by the head of the profession, Oxford's Camden Professor P.A. Brunt, who pointed out that nobody had ever asked the question of how the Romans defended their empire. That was nice but then came an unending stream of criticism by young academics who wrote their dissertations by attacking mine: Female Ph.D.s dismissed the idea that Romans "bent only on rape and loot" could think at all, while others denied the possibility of strategy, let alone Grand, because the Romans did not even have accurate maps, let alone "trained staff officers" (a curious requirement: Academics used to ridicule "parrot-brained" military officers). There is the previously mentioned wiki entry to criticize my book—"Defence-in-depth (Roman military)"—and even 20 years later, Everett L. Wheeler felt the need to review the controversy (impartially) in two lengthy articles in the Journal of Military History.

James Lacey actually mentions Wheeler right at the start but must not have read his two review articles because he echoes the original criticisms, ignoring—as they did—the evidence of systematic planning preserved in the stones of Hadrian's Wall that cuts off England from unprofitable Scotland at the narrowest point, the equally systematic layouts of the Rhine, Danube, Syrian, and North African limites and much else that Wheeler pinned down.

Still, every one of those critics was a classicist as Lacey is not, and I suspect that he cannot even read German or Greek, though I dare not think he does not even have Latin. (Lacey's big point is that I ignored economics, and I did not: The empire was all about extracting taxes).

What Lacey offers in his 359 pages is not really strategy at all but rather a discursive history of Roman wars, victories, and defeats compiled by weaving together the ancient narrative sources from Ammianus Marcellinus to Zosimus, whose texts are available in English translations, and to which Lacey adds his observations, episode by episode.

In other words, Lacey does what all historians did until Mommsen arrived to cast aside the narratives as certainly incomplete and inevitably biased both in unknown, irremediable ways, to instead rewrite Roman history from ground zero strictly on the basis of hard evidence from archaeology, numismatics, and epigraphy above all—the tens of thousands of inscriptions systematically collected all over the empire that locate legions exactly by place and date, provide biographic data that are infinitely more reliable than those of the narrators (Tacitus, yes, a sublime writer, but he disliked Domitian and therefore caricatured his sensible decision to withdraw from Scotland as a wholesale abandonment of Roman Britain perdomita Britannia statim ommissa).

So yes, reading Lacey may be interesting, but you cannot know what part of it rests on ancient historical fiction.

Yet I cannot criticize Lacey with any sense of earnest conviction because it would be disgracefully ungrateful to denigrate a writer who has endowed me with an alter ego, a brother of sorts: a "Luttwak, Herman" appears in the index with a string of citations to my book, after Luttwak, Edward, with fewer citations to the same book. Lacey seems to prefer my nonexistent brother Herman.

Edward Luttwak, a consultant to governments and militaries, is the author of Grand Strategy of the Roman Empire, Coup d'État: A Practical Handbook, Strategy: The Logic of War and Peace, and other books. 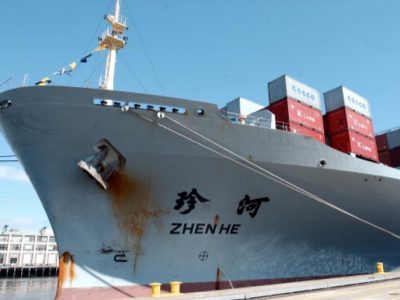 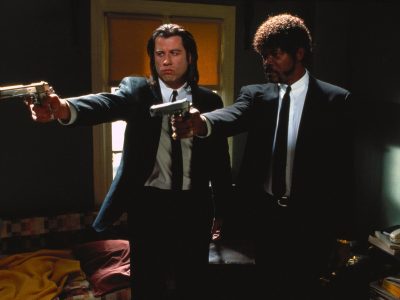 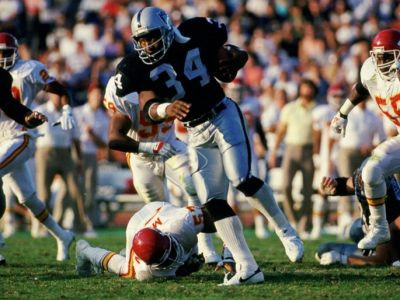 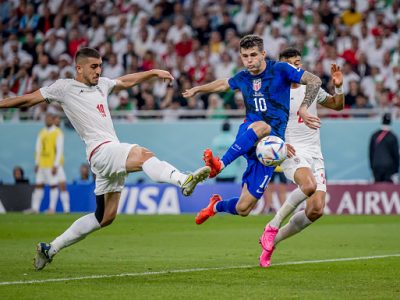 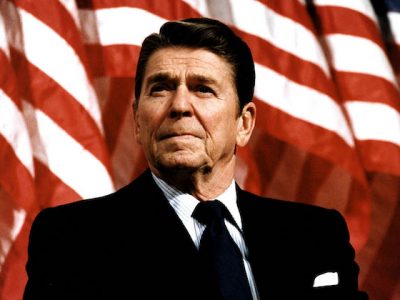 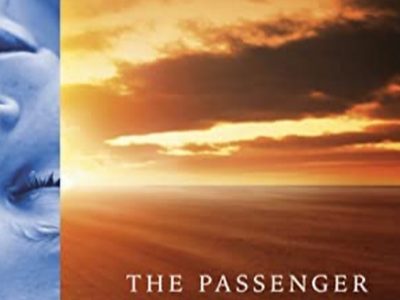 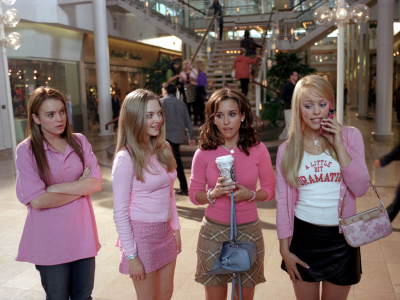 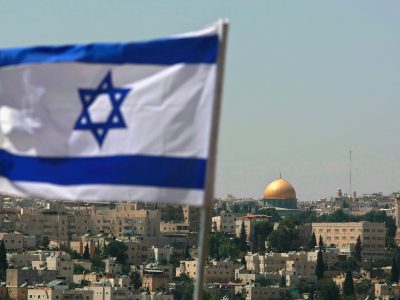