A 1-year-old English Sheepdog poodle puppy survived a 300-foot fall off of a cliff in Utah Sunday afternoon.

During the family’s walk, Toby’s owner said his dog likely saw something he wanted to chase, but when he went after it, he ended up freefalling for 150 feet before tumbling another 150 feet down the mountain.

"For a split second you hope that he landed on something, but I knew there was nothing over there," Ben McInnes told KSL-TV. "It was awful. You could hear him sliding and bouncing and yelping."

The family called search and rescue but were put on hold for an hour before emergency services showed up and saved Toby.

The Washington County Sheriff’s Office does not typically rescue dogs or animals, but deputy Darrell Cashin told KSL-TV that his team was worried the family would attempt to rescue the dog themselves.

Toby had head, brain and eye injuries along with scrapes and sore muscles.

"I’ve been doing this for 25 years, and I’ve had patients fall 20 feet and die," said Dr. Kelly Houston, a veterinarian at a local Veterinary Hospital. "I’ve never had one do what Toby did and survive." 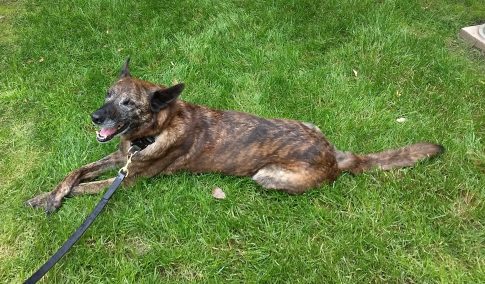 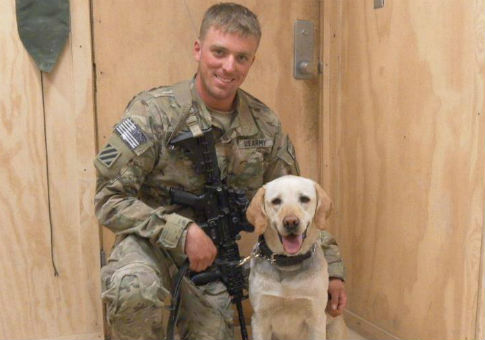 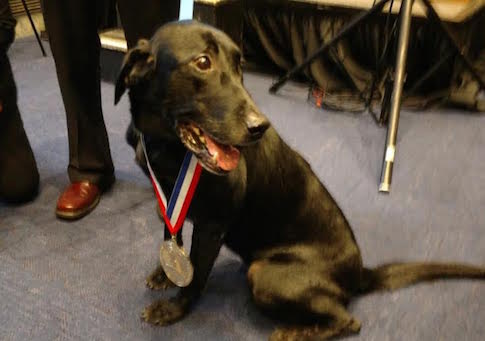 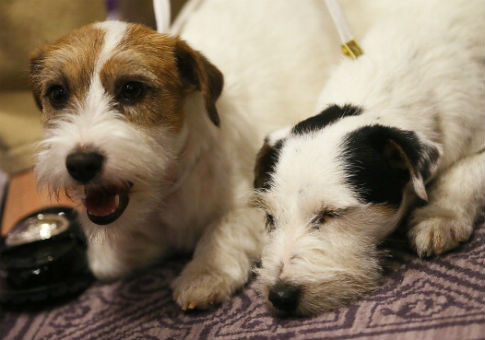 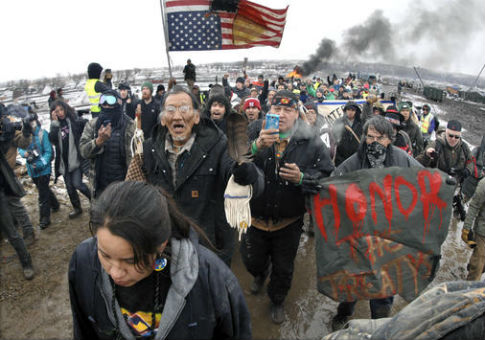