One company has seen sales more than double

The popularity of Clint Eastwood's new drama American Sniper has boosted the sales of pro-military clothing. A number of pro-military retailers said they had seen a noticeable spike in sales since the movie premiered across the country last weekend. One retailer had even seen his orders more than double.

"You can definitely see it in incoming orders," 7.62 Design owner said.

Jeff Scholz, who served eight years in the Marines before forming his pro-military clothing company,  noticed a major increase in sales while exhibiting at the Army Navy Military Expo in Las Vegas this week. "We've seen over double our sales from last year," he said. Scholz said his "Sniper Team" shirt was among those selling particularly well. 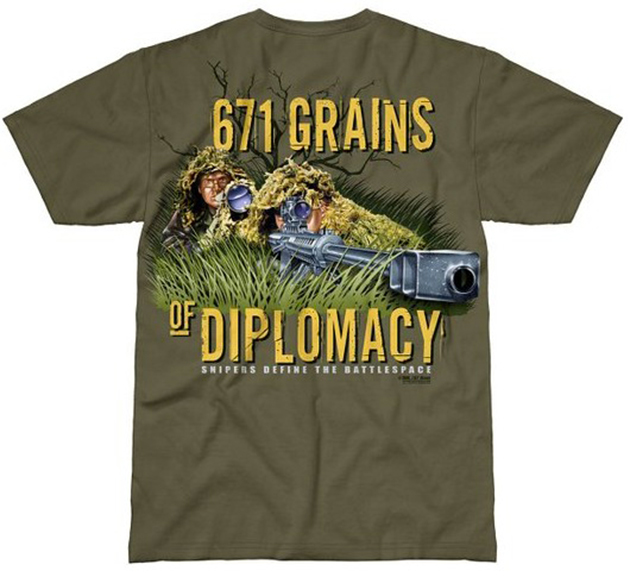 American Sniper, based on legendary Navy sniper Chris Kyle's best selling autobiography, opened last weekend with a record-setting $107 million haul. It also generated a great deal of controversy among Hollywood liberals, with Michael Moore and Seth Rogen critiquing the film. The pushback has not deterred Americans from seeing the movie or purchasing pro-military merchandise.

Ranger Up, a patriotic clothing retailer which even features shirts designed by Medal of Honor recipient (and Washington Free Beacon Man of the Year) Dakota Meyer, has noticed the movie's impact on their sales. For them, the impact was expected. "Any time there is a realistic portrayal of the military," Ranger Up CEO Nick Palmisciano said, "it has a positive effect on business."

"Regardless of personal opinion on any particular war, most Americans appreciate the contributions that service members provide to society, and the hard choices they have to make for their country," he said. "People who may not have served often want to show their support to the community by supporting veteran-owned businesses." 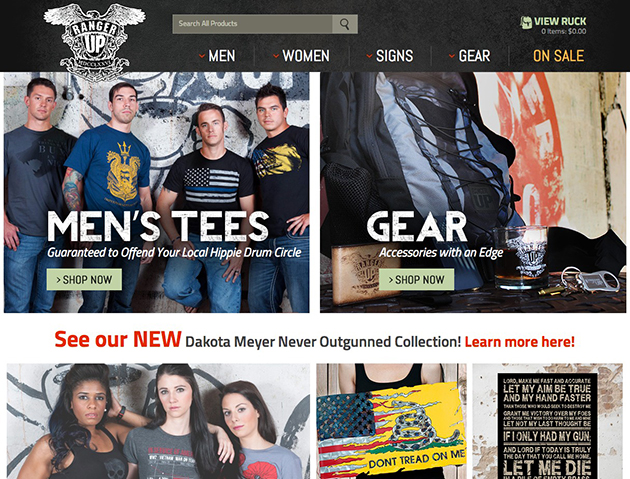 Screenshot of Ranger Up Site

The increased sales came as something of a surprise to Mark Laderman of the 2nd Amendment Clothing Company. "Our shirts at Wear A Gun have moved up significantly," he said. "An uptick in sales at this time of year is not normal."

He said the increase in sales is likely due to American Sniper‘s release.

It is not just 2nd Amendment Clothing Company's pro-gun shirts that have selling better than usual. "There has also been an uptick in our military t-shirts at Men of Honor Shirts," Laderman said. "The military shirts in general."

He said the company's "Life, Liberty, and the Pursuit of All Those Who Threaten Us" shirt had "definitely gone up in sales recently." 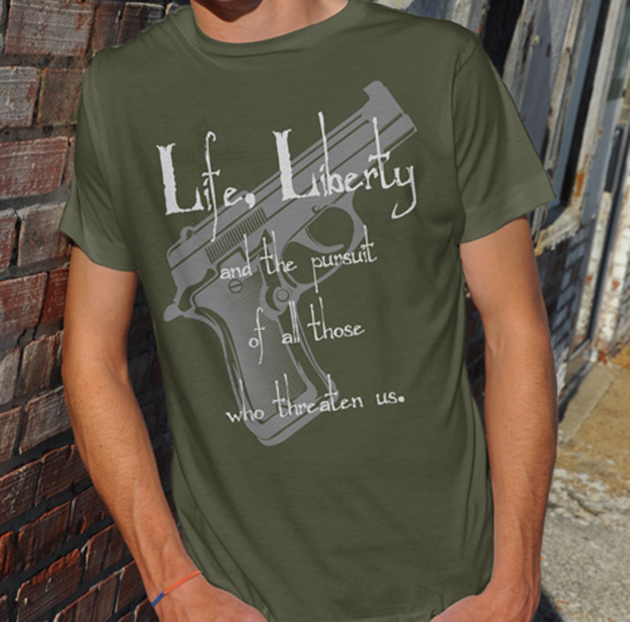 Not every patriotic memorabilia dealer has seen an unusual surge in sales. "I ran a report on our sales over the past month and for the same period last year (for comparison)," Sons of Liberty Tees' Josiphine Hill said. "We are not seeing any evidence of a sales increase since the movie released on the 16th."

"Although I would not say that we really have any ‘pro-sniper' memorabilia."

The uptick in sales is not the only positive impact of American Sniper 7.62 Design's Scholz has noticed. "That movie has spiked moral" of his friends still on active duty.