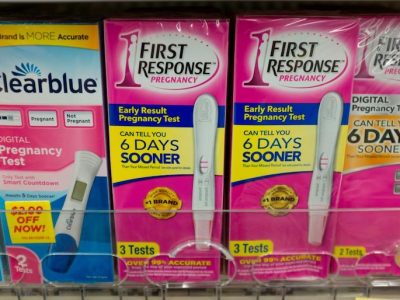 Divorce is Down, Thanks to Millennials

The paper, authored by University of Maryland sociologist Philip N. Cohen, is to be officially presented before the Population Association of America meeting. It presents several important findings about divorce, tying it to broader trends in inequality and the social understanding of marriage. 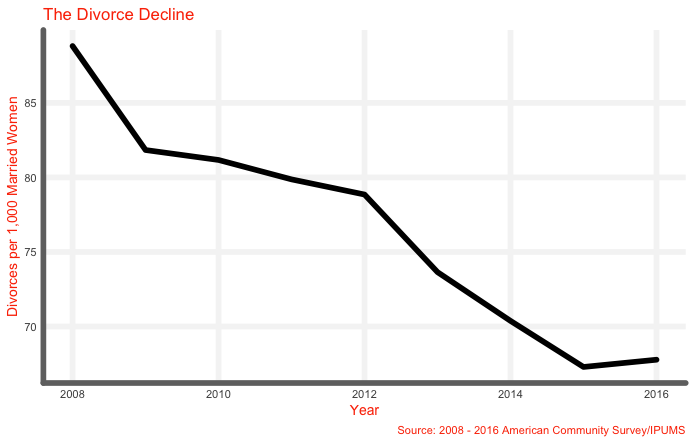 Cohen finds that the divorce rate has fallen over the past ten years or so, even when controlling for a number of demographic factors. This in-and-of itself is significant, in that a reversal in the divorce trend could be read to upset decades of social conservatives' dire warnings about waning marriage. If Americans are staying married longer, that likely signals that something has shifted in our broader culture.

But even more noteworthy is the way that divorce trends break down between generations. "As the Baby Boomers aged through adulthood, they sparked the gray divorce boom," Cohen writes—unlike their other-cohort peers, Baby Boomers got divorced and kept getting divorced, even as they got older.

What this means is that much of the increase in divorces has been driven by Baby Boomers, while younger generations—especially Millennials, who are now into their mid-30s—age out of divorce. 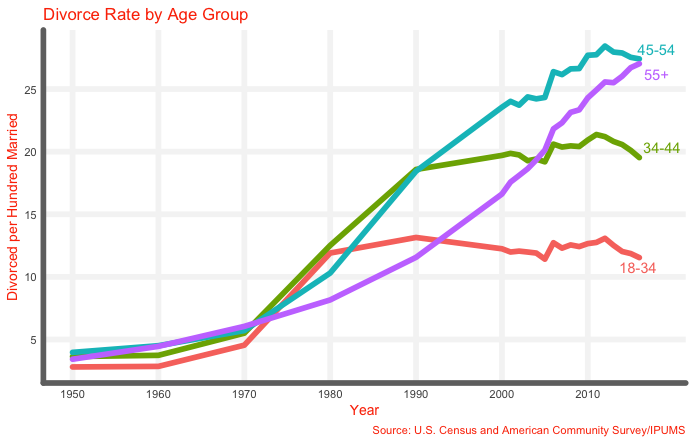 This has two implications. The first, most obvious one is what Cohen titles his paper: the coming divorce decline. As the Baby Boomer generation begins to die off, Gen X and Millennial divorce patterns will keep more extant marriages intact—probably a boon, given the negative effects of divorce. Divorce overall should therefore be expected to continue to decline in the coming decades.

What is peculiar, Cohen notes, is that as divorce has fallen, social permission for divorce has risen. The number of Americans saying divorce is "morally acceptable" has risen 13 percentage points over the past decade and a half, according to Gallup. As things now stand, three-quarters of Americans are fine with divorce as a concept, even as we become less and less likely to actually get divorced.

To understand what this heralds for marriage in the United States, one more fact is needed. Americans are not only getting divorced less; we are also getting married less. The marriage rate has fallen from 72 percent in 1960 to 50 percent in 2016, and recent analysis suggests that Millennials are opting to remain single longer, and get married less, than preceding generations.

To summarize: Americans on net are getting divorced less, thanks largely to the preferences of Millennials. However, at the same time, we are also getting married less, a trend driven by the same group, Millennials, who are opting not to subsequently get divorced. Lastly, we consider divorce more permissible—indicating that we may not think marriage is as central to the human life course as we once did.

This is the second implication. All of this, Cohen argues, "represent[s] progress toward a system in which marriage is rarer, and more stable, than it was in the past, representing an increasingly central component of the structure of social inequality."

In other words, marriage's increasing rareness and solidity is a product of its transformation from common practice to achievement of the rich. Millennial's behavior—their lower marriage and divorce rate—reflects a far more discerning attitude towards the whole institution, suggesting a "capstone" rather than "cornerstone" approach. Fewer people are getting married because marriage is increasingly a status symbol, rather than a foundation upon which people build lasting wealth. 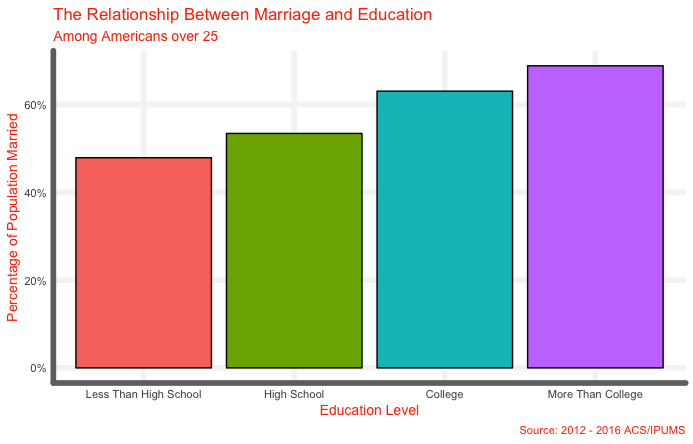 The "coming divorce decline" is therefore not necessarily good news. As marriage grows rarer and more prized, so too will divorce; what remains to be seen is what happens to an America where marriage is no longer a bedrock.