You pick the winners!

March Madness is in the air, and the Washington Free Beacon has decided to sponsor our own national tournament of champions. Inspired by a reader suggestion, we are enlisting your help to determine which one of these Elite Eight politicians and journalists deserves to be crowned America's "Cackle Queen."

Vice President Kamala Harris and failed politician Hillary Clinton are heavily favored to reach the finals, obviously, but nothing is a given. The winners of each matchup will be decided by you, the loyal Free Beacon readers. Make sure you are following us on Twitter, the popular social networking website, and cast your votes to determine who will advance to the next round.

Best of luck to the contenders! 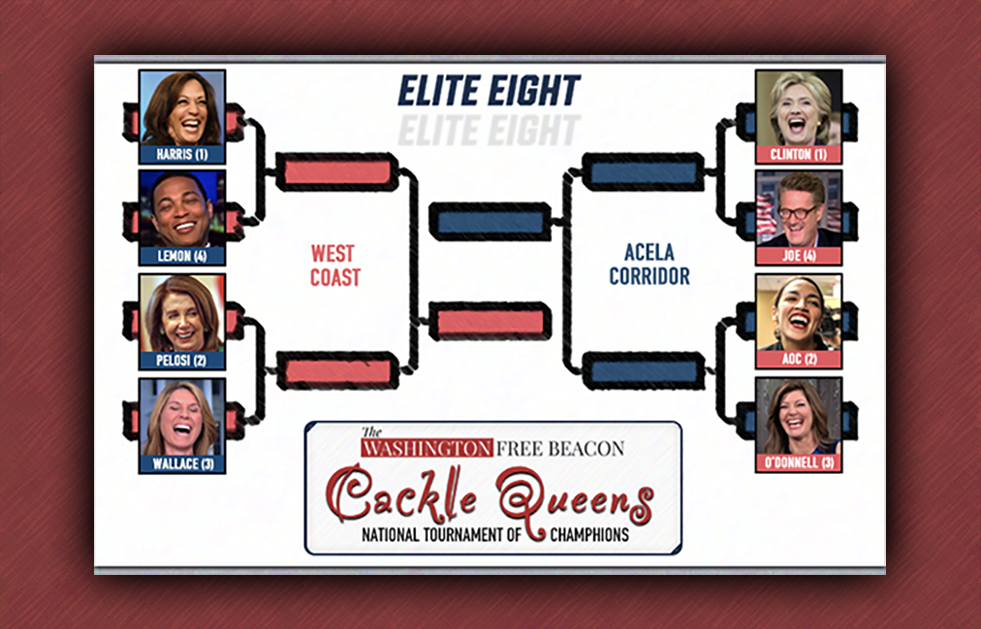