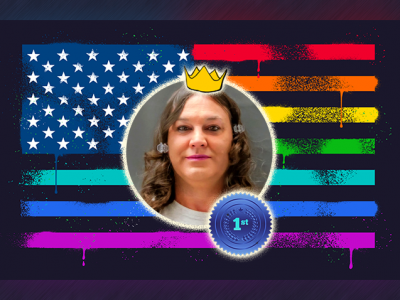 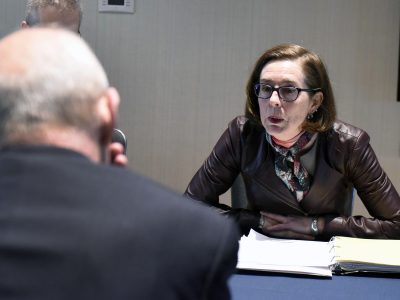 White nationalist and child murderer Daniel Lewis Lee was put to death Tuesday morning, following a late-night wave of legal disputes that has come to typify the push to restart the federal death penalty.

Lee was pronounced dead at 8:07 a.m. by Vigo county coroner Dr. Susan S. Amos in the federal penitentiary at Terre Haute, Indiana, more than 16 hours after he was originally slated to be executed, and almost a day after a federal district judge stayed his execution in a move that death-penalty expert Kent Scheidegger characterized to the Washington Free Beacon as "deliberate stalling." That stay was summarily overturned by the Supreme Court in a five to four decision around two in the morning. Another last-minute stay request was rejected by the Eighth Circuit Court of Appeals, clearing the way for Lee's execution.

Lee's death makes him the first federal prisoner executed since 2003, when Louis Jones was put to death for the kidnap, rape and murder of fellow soldier Tracie MacBride. Two more convicted child murderers are slated to follow him over the course of the coming week, although at least one of those cases remains tied up in litigation.

The last-minute rulings by the Supreme Court, overturning yet another of an endless series of appeals, is typical of contemporary death penalty litigation. Lee's death may add fuel to ongoing debates over criminal justice in the United States, pitting advocates of death penalty abolition—a minority position—against those who would see a triple-murderer and white supremacist as an obvious candidate for capital punishment.

Lee's death came only after last-minute action by the Supreme Court permitted it to go ahead. The Court's five conservative justices joined to issue a per curiam opinion dismissing the lower court's claim that the method of execution, an injection of pentobarbital, would cause unconstitutional levels of pain.

Both Justices Sonia Sotomayor and Stephen Breyer—the Court's most outspoken critics of the death penalty—authored dissenting opinions, joined respectively by Justices Elena Kagan and Ruth Bader Ginsburg. The Court also dismissed two other appeals to halt Lee's death without comment, including the coronavirus-driven protest of several family members' of one of Lee's victims.

This last-minute legal dispute was necessitated by a ruling, earlier in the day, by U.S. District Judge Tanya S. Chutkin, who had again enjoined Lee's execution over concerns about the federal government's proposed execution protocol. Chutkin—who first blocked the administration's efforts to reinstate the death penalty in November on similar grounds—argued that Lee and his codefendants, also scheduled for execution, would risk intolerable pain from the pentobarbital injection.

Such an argument, the Court noted, ran afoul of their finding in Bucklew v. Precythe last April, in which Justice Neil Gorsuch found that the plaintiff, Russell Bucklew, could be constitutionally executed with pentobarbital in spite of a rare medical condition he argued could complicate the procedure.

The execution marks a major victory for the Trump administration, and particularly for Attorney General William Barr, who first announced the restarting of the machinery of death almost a year ago. In June, after the Supreme Court initially cleared the way for the resumption of executions, Barr cited "the victims of these horrific crimes," "the families left behind," and the "sentence[s] imposed by our justice system" as the heart of his motivation.

"Today, Lee finally faced the justice he deserved," Barr said in a statement Tuesday morning. "The American people have made the considered choice to permit capital punishment for the most egregious federal crimes, and justice was done today in implementing the sentence for Lee’s horrific offenses."

Lee's death was in the works for nearly a quarter of a century, following his 1998 conviction for the 1996 murder of William and Nancy Mueller, as well as their eight-year-old daughter Sarah. Lee, along with Chevie Kehoe—currently serving three life sentences for the crime—tortured the Muellers before duct-taping their plastic bags over their heads and dumping their bodies into a bayou in Arkansas. Their goal in carrying out the murders was to collect cash and firearms to support their project of erecting a whites-only state in the Pacific northwest.

Despite the horrific and racially charged nature of Lee's crimes, his execution is still likely to draw condemnation from death penalty opponents. That includes Democratic nominee Joe Biden, whose 2020 platform calls for the abolition of the death penalty, and whose victory in November would likely lead to a reinstatement of the federal moratorium operant under President Barack Obama.

Update 11:11 a.m.: This article has been updated to include a statement from the attorney general and further information from the Department of Justice on Lee's last-minute stay request.