Dr. Anthony Fauci displayed a flippant attitude about travel and failed to understand the severity of COVID-19 during the early stages even as clear warning signs emerged, according to emails reviewed by the Washington Free Beacon.

On Feb. 25, 2020, CBS News asked Fauci for advice in its coverage of COVID-19. Fauci told the network to emphasize the "real and present danger" of the seasonal flu even as the Centers for Disease Control prepared to classify COVID-19’s spread as a pandemic that very day. The emails reveal how Fauci steered the media’s early coverage of COVID-19. Just two weeks before President Donald Trump declared the virus a national emergency, he told CBS to not "yield to unreasonable fear [about COVID-19]" nor allow the "fear of the unknown" pandemic to "distort" the evaluation of everyday risks. 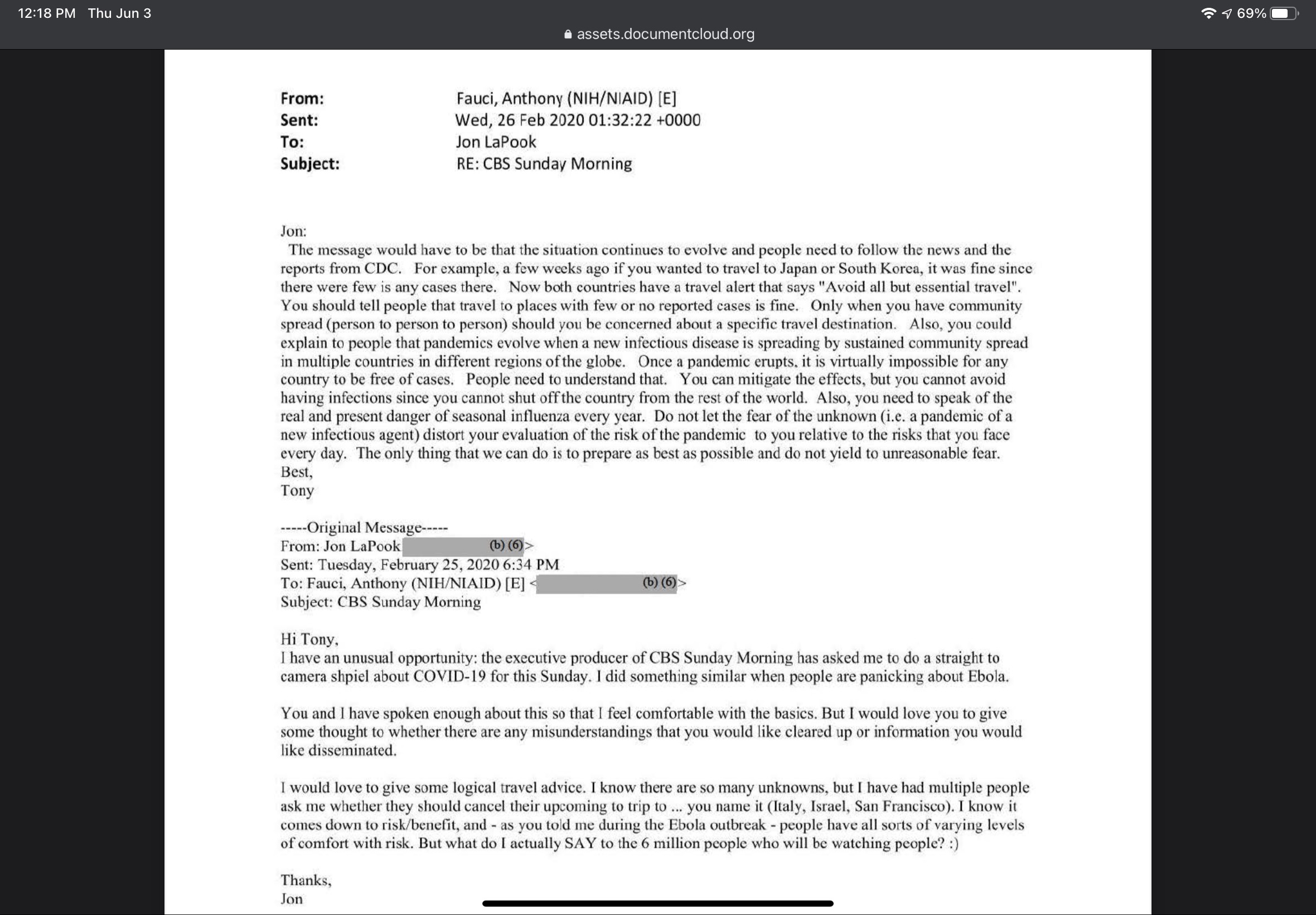 Fauci did not respond to a request for comment.

Fauci’s comments echoed the erroneous prognostications of the Washington Post, NPR, and other outlets that published articles claiming the flu presented a greater risk to public health than COVID-19. Those reports, many of which were published in late January and February, along with Fauci's downplaying of the severity of COVID-19 hampered the country’s early response to contain its spread.

Fauci received a number of emails from other colleagues in the medical community that argued COVID-19 could quickly spin out of control in the run-up to the CBS inquiries. Before Fauci suggested CBS emphasize the danger of the flu, he seemingly contradicted himself by telling one medical professional the same day that early data suggested COVID was far deadlier. "In other words," Fauci wrote, "it could be worse than you think."

When asked by ABC News on Feb. 28, 2020, for comment about a Department of Homeland Security estimate that COVID-19 could kill 500,000 Americans, Fauci said, "That number seems exceptionally high." The U.S. death toll from COVID-19 stands just below 600,000. 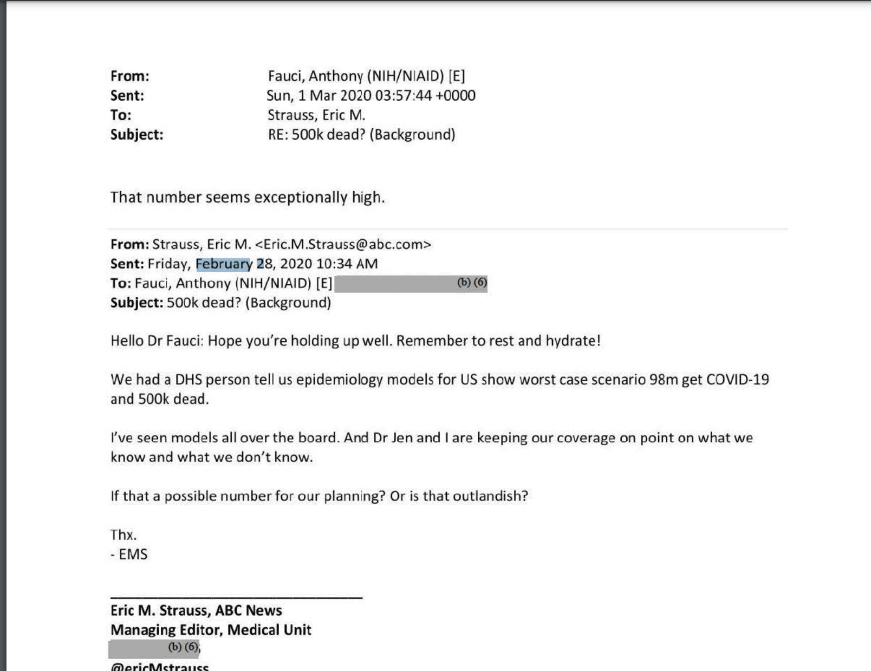 Fauci told one colleague on March 2, 2020, that social distancing measures will gradually end without a vaccine. "If we can get the R0 to less than 1, the epidemic will gradually decline and stop on its own without a vaccine." Even as many cities and states have seen a dramatic decrease in COVID-19 cases—with cities like New York City seeing an R0 of less than 1—since mass inoculation efforts began earlier this year, Fauci has asked the public to remain vigilant.

Other emails from Fauci in the spring of 2020 show the evolution in his views on the virus, all while medical experts from around the world sent emails to him describing the disastrous effects of the virus, from high death counts to overrun hospitals. One month after Fauci downplayed the dangers of COVID-19, the United States saw nearly 17,000 new cases in a single day.

From that point on, Fauci, as evidenced by both his emails and his public statements, transformed into a COVID-19 alarmist. He criticized Florida governor Ron DeSantis on March 19, 2020, for refusing to lock the state down, saying he was "screaming on TV 2 to 5 times per night to tell the younger generation to start taking this seriously" and hoped to get the White House to increase pressure on the Republican.

Despite new scrutiny over his handling of the pandemic, President Joe Biden remains steadfast in his support for Fauci. On Thursday, White House press secretary Jen Psaki reiterated her boss’s commitment to him.

"[Fauci has] been an undeniable asset in our country’s pandemic response," Psaki said. "But it’s obviously not that advantageous for me to relitigate the substance of emails from 17 months ago."