Column: Inside the GOP dissension in Cleveland

The Republicans arriving in Cleveland this weekend will be part of something extraordinary. They will witness not only the nomination of Donald Trump for president, but the reconfiguration of the GOP and American conservative movement. They will legitimize their party's dramatic shift toward nationalism and populism. They will redefine what it means to be Republican, and who is conservative.

This has happened before. For decades, the American conservative movement was made up of three groups. Traditionalists preserved the best of Western civilization’s Judeo-Christian heritage. Libertarians sought to maximize individual freedom. Cold Warriors, some of them ex-Communists, wanted not only to contain but to roll back and defeat the Soviet Union. 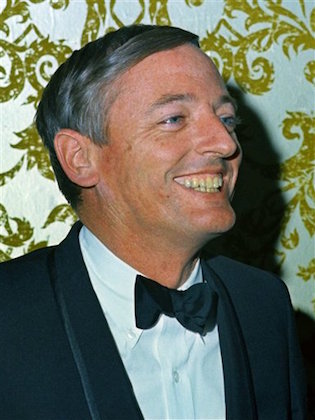 It fell to one man, William F. Buckley Jr., to bring these people together. He did it by founding a magazine, National Review, in 1955, and by captivating the public for decades with his wit, charm, erudition, books, newspaper columns, lectures, and television series. Buckley embodied the various strands of conservatism. He was a devout Catholic and patriot who emphasized the transcendent. He was a self-identified "individualist" and "libertarian journalist." His anticommunism was so strong that his second book was a defense of Senator Joseph McCarthy.

But even Buckley had trouble defining the movement he led. "I have never failed," he wrote in 1970, "to dissatisfy an audience that asks the meaning of conservatism."

Perhaps that was because conservatism was best described in negative terms. Conservatives knew what they were against—secularism, relativism, materialism, liberalism, socialism, and communism. But did they know what they were for? What united conservatives above all was a common enemy: the Soviet Union and its allies and apologists worldwide. It was the Soviet threat that justified large defense budgets and American intervention overseas. Postwar was not peacetime. The title of James Burnham’s National Review column was "World War III."

Over the years, new allies joined the traditionalists, libertarians, and hawks. There were neoconservatives, liberal intellectuals mugged by reality in the 1960s and 70s. And there was the Religious Right, spurred into activism by Roe v. Wade (1973), by proposed changes to the tax status of religious schools (1979), and by the moral climate of the Me Decade. The rise of neoconservatism inspired a reaction in the form of paleoconservatism: traditionalists and libertarians angered by neoconservative acceptance of the welfare state and by America’s role as guarantor of international security.

President Reagan, like Buckley, was an ecumenical figure. He appealed to every faction. But the era of good feelings ended when Reagan left the scene and, shortly afterward, the Soviet Union collapsed. Conservatives were deprived of their shared adversary. The tension between communal tradition and individualism became pronounced. Government continued to expand. Defense expenditures and military expeditions were more difficult to justify.

The neoconservatives and Religious Right were dominant in the 1990s and 2000s. There were fewer traditionalists, Cold Warriors no longer existed, and libertarians and paleoconservatives were marginalized. The GOP of neocons and theocons had a string of electoral and policy successes: 1994, 2000, 2002, and 2004; the Hyde Amendment, welfare reform, broken-windows policing, the partial-birth abortion ban, Medicare Part D, Justice Alito.

But things fall apart. There were no weapons of mass destruction in Iraq and too few troops to keep the peace. The Bush administration’s most libertarian initiative, Social Security reform, went nowhere. Hurricane Katrina, Harriet Miers, Dubai Ports, government spending, Dick Cheney shooting his friend in the face—nothing seemed to go right. In 2007, a year before his death, Buckley was asked when conservatism reached its apogee. "Viewed as a straight political trajectory," he replied, "It peaked in 1980."

The events of the last decade, as if guided by an invisible hand, seem to have discredited conservatism. The ongoing trials in Iraq diminished the neoconservatives. Free marketers and supply-siders were tarnished when the Bush presidency began with tax cuts and ended in recession and financial crisis. The rapid triumph of same-sex marriage exposed the weakness of the Religious Right. Where conservatives once agreed on the threat of international communism, they rarely find consensus today on any topic. Is Islamism an existential threat? Should America police the world? Is free trade good or bad? What about immigration? How large should government be? Have you a position on the gold standard? What's the proper attitude to take toward the police? Should conservatives make their peace with social and cultural change?

Conservatism splintered, paleoconservatives asserted themselves, Trump captured the GOP. "We are witnessing in an inchoate form the birth of a political phenomenon never before seen in this country," says historian George Nash. "An ideologically muddled, ‘nationalist-populist’ major party combining both left-wing and right-wing elements." Aiding Trump is "an array of aggressive dissenters called the ‘alternative right’ or ‘alt-right,’ many of whom openly espouse white nationalism and white-identity politics."

The number of groups vying for dominance of the Republican Party and conservative movement has more than doubled. In addition to the traditionalists, libertarians, and defense hawks, we have neocons, theocons, paleocons, Tea Partiers, Trump supporters, alt-righters, and reformicons. "I have never observed as much dissension on the right as there is at present," Nash says. There are two ways to look at this. Debate and competition can be signs of health. But chaotic squabbling is also a sign of collapse.

Reading about Buckley and conservatism, one can’t help noticing how libertarian sentiments have become attenuated in the GOP and popular conservative movement. Buckley’s idol was Albert Jay Nock, whose works include Our Enemy, the State. He was a critic not only of the Great Society but also the New Deal. "I will not cede more power to the state," he wrote in a famous passage in Up From Liberalism (1959). "I will not willingly cede more power to anyone, not to the state, not to General Motors, not to the CIO. I will hoard my power like a miser, resisting every effort to drain it away from me."

Buckley’s key political alliances were with the libertarian Barry Goldwater and with Reagan, who once said, "If you analyze it I believe the very heart and soul of conservatism is libertarianism." Buckley opposed the drug war. Individualism was not only a political philosophy but a personal one. His very life was an expression of the principle that one can live on one’s own terms. Read Cruising Speed and Overdrive if you think I’m kidding.

Buckley’s libertarianism was constrained by his Catholicism and profound love of country. He was a pro-life activist. His speeches are filled with appeals to the American Founding. Conservatism, he wrote in 1970, was the use of prudence to determine "a general consensus on the proper balance between freedom, order, justice, and tradition." Militaries are necessary to confront wars, police are necessary to establish order, and borders are necessary for sovereignty. Beyond those necessities, freedom reigns.

Not for the Republicans in Cleveland next week. Their nominee opposes entitlement reform, is fond of nationalized health care, is a protectionist and nativist, calls himself the "most militarist person ever," wants to broaden libel laws, and condones torture and the killing of civilians. "Prudence" and "consensus" are not exactly his favorite words. What did Buckley think of Donald Trump? "When he looks at a glass," Buckley wrote in 2000, "he is mesmerized by its reflection. If Donald Trump were shaped a little differently, he would compete for Miss America."

Conservatism never has been totally dominant in the Republican Party. But the GOP has been the historic vehicle of conservatism. As Donald Trump takes the stage Thursday evening, Americans inspired by William F. Buckley Jr. may want to reflect on just how estranged they have become from the GOP, from contemporary conservatism, from the origins of their movement. And they may want to ask if some other candidate better represents the beliefs and aspirations of National Review and its irrepressible, irreplaceable founder.