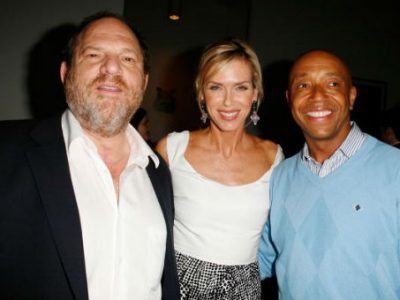 The sound and fury of the Republican primary has distracted political observers from one of the most interesting political developments of the cycle thus far: President Obama’s reelection campaign is a pallid imitation of his 2008 juggernaut.

The merits and importance of that campaign have been exaggerated, of course. Show me a candidate from the out-party running in an environment in which the incumbent averages 29 percent approval in the run-up to the election, in which the economy is in a recession and credit crisis, in which U.S. troops are deployed overseas in two unpopular wars, and I’ll show you a winner. The fact that Obama’s general election opponent chose to ignore his greatest vulnerability only eased his passage to the White House. The favorable political landscape and the media’s hosannas obscured weaknesses—Obama’s remoteness, his dependence on scripts, his partisanship, and his inflated sense of his powers of persuasion—that would harm him after the Inauguration.

Obama for America 2008 may not have been, as the president put it on Election Night, the "best political campaign, I think, in the history of America." Nor was it, as a former editor of the New Republic once wrote, "the political equivalent of crossing a Lamborghini with a Hummer." But Obama’s first presidential run was formidable in at least this aspect: The then-senator and his top lieutenants were careful in projecting a "good-government," squeaky-clean halo over his candidacy. Obama pledged to operate within the system of public financing. No lobbyists were allowed to donate to the campaign. No lobbyist, it was said, would be allowed to serve in an Obama administration. Such an administration, moreover, would be committed to "creating an unprecedented level of openness in government."

Such promises, more than any specific policies, were crucial to the burgeoning conceit that Obama’s candidacy was "potentially transformational." That Obama held to a supposedly higher standard than Hillary Clinton or John McCain added to his "cool" factor and helped him excite young voters. But the pledges lasted only as long as they were politically useful. As soon as the Obama campaign realized that it could raise more money outside than inside the public system, it revealed how empty its rhetoric had been. Obama, an outspoken supporter of campaign finance reform, became the first candidate in the post-Watergate era to reject the public financing system.

The Republicans working against Obama’s candidacy in 2008 were both frustrated and impressed by his campaign’s thoroughness in quashing potential scandals. Try as they might, Republican researchers four years ago could not uncover any major lapses in the Obama campaign’s vetting procedures for donors and bundlers. Sure, the Republicans uncovered minor mistakes here and there, but the material was small fry. Chicago was fastidious. And the money came flowing in: $750 million, the most money raised by any candidate for office in American history.

The turnabout on public financing, meanwhile, set the pattern for future reversals. First comes the flowery profession of left-wing ideals. Then the grubby realities set in and Obama and his team backtrack on earlier pledges. The switch causes a brief news sensation in which partisan Democrats declare that Obama was forced into abandoning his position because of Republican perfidy. The media herd nods its collective head and the breach is quickly forgotten. A few true believers turn against the administration by closing their pocketbooks.

Obama is a pro at delivering empty promises. Since the launch of his presidential odyssey, he not only has reversed course on public financing but also on the individual health care mandate and the public option and the release of sensitive documents pertaining to interrogations. He was unable to satisfy his base by closing Guantanamo or by giving Khalid Sheikh Mohammed a civilian trial. The supposed civil libertarian has embraced preventive detention and the extrajudicial killing of American citizens involved in terrorist networks. Lobbyists were granted waivers and provided loopholes to serve in the administration. The White House’s record on transparency was clouded at best. None of this was sufficient to alienate Obama’s core supporters, who despite the occasional griping were content with their man’s clichéd paeans to fairness and public investments and green energy economics.

This lack of serious intra-party criticism encouraged the Obama political team to become lazy. The president relied too heavily on the unions, who were fighting rearguard actions to prevent common sense pension and benefit reforms. His unpopular policies—stimulus, healthcare—contributed to a steady decline in his approval ratings. He failed to expand the ranks of potential contributors. He failed to enact climate change legislation, angering the green lobby, but did sign the Dodd-Frank monstrosity into law, angering his friends on Wall Street. Other allies discovered that cronyism does not always pay.

As a result, Obama has found it more difficult to raise money. He has $140 million so far, suggesting that it will be hard for his campaign to match its 2008 numbers, much less its ridiculous rumored projection of $1 billion. The campaign has become more desperate as the money has dried up. You see it in the U-turn on Super PACs, which have gone from threatening democracy to being an integral part in the president’s reelection effort. You see it in the questionable characters that show up in the lists of Obama donors and bundlers: The two brothers of a Mexican fugitive; the former Democratic congressman and registered lobbyist who says he was never a lobbyist; a king of short sales connected to the call girl for client number nine; the founder of Def Jam Records; and Anna Wintour.

Moreover, what, exactly, is the president’s message? Obama ran on hope and change and an end to the war in Iraq in 2008. He pledged to reform health care and Wall Street and change the tone in Washington. But the geniuses in Chicago have yet to come up with a 2012 slogan that is anywhere near as intoxicating. "Obama 2012: It Could Be Worse" just won’t cut it. Nor will singing. Right now, the media are content to focus on Republican infighting. They are happy to assist Obama in the suggestion that Election Day 2012 will somehow decide the future of contraception in America. But there is a long way to go before the vote. And at some point voters are bound to wonder what a second Obama term will bring.

Declining fundraising, suspect supporters, and the absence of an affirmative message—these are all signs of a campaign that is nowhere as strong as we have been led to believe. They undermine the notion that the 2008 campaign was all that impressive to begin with. And they point to a fact that soon will be impossible to ignore: President Obama has gotten sloppy.