Student activists at the University of Oregon are attempting to remove the College Republicans from campus for attending a "stop the steal" rally.

Members of the university's student government are working to "deplatform" the club by cutting off its organizational funding and revoking its status as an official campus group. The governing body has yet to dissolve the club, though it unanimously passed a resolution calling for "cultural competency training" for all organizations during a meeting with College Republican leaders. Student activists have since called on the group to condemn white supremacy and political violence, a condemnation it has issued several times.

The push to deplatform the group came after members posted a picture of themselves at a "stop the steal" rally. Hanging in the background of the Instagram post were two flags with the Proud Boys emblem on them. The Proud Boys are a far-right political group with similar violent tendencies to Antifa.

The photo garnered nearly 2,500 comments, some of which called the Republicans "neo-Nazis." Katie Clarke, a student government secretary, also commented on the picture saying she was "so excited to deplatform" the group.

Isaiah De Alba, the College Republicans' political director, said his organization does not defend the Proud Boys "in any way, shape, or form." 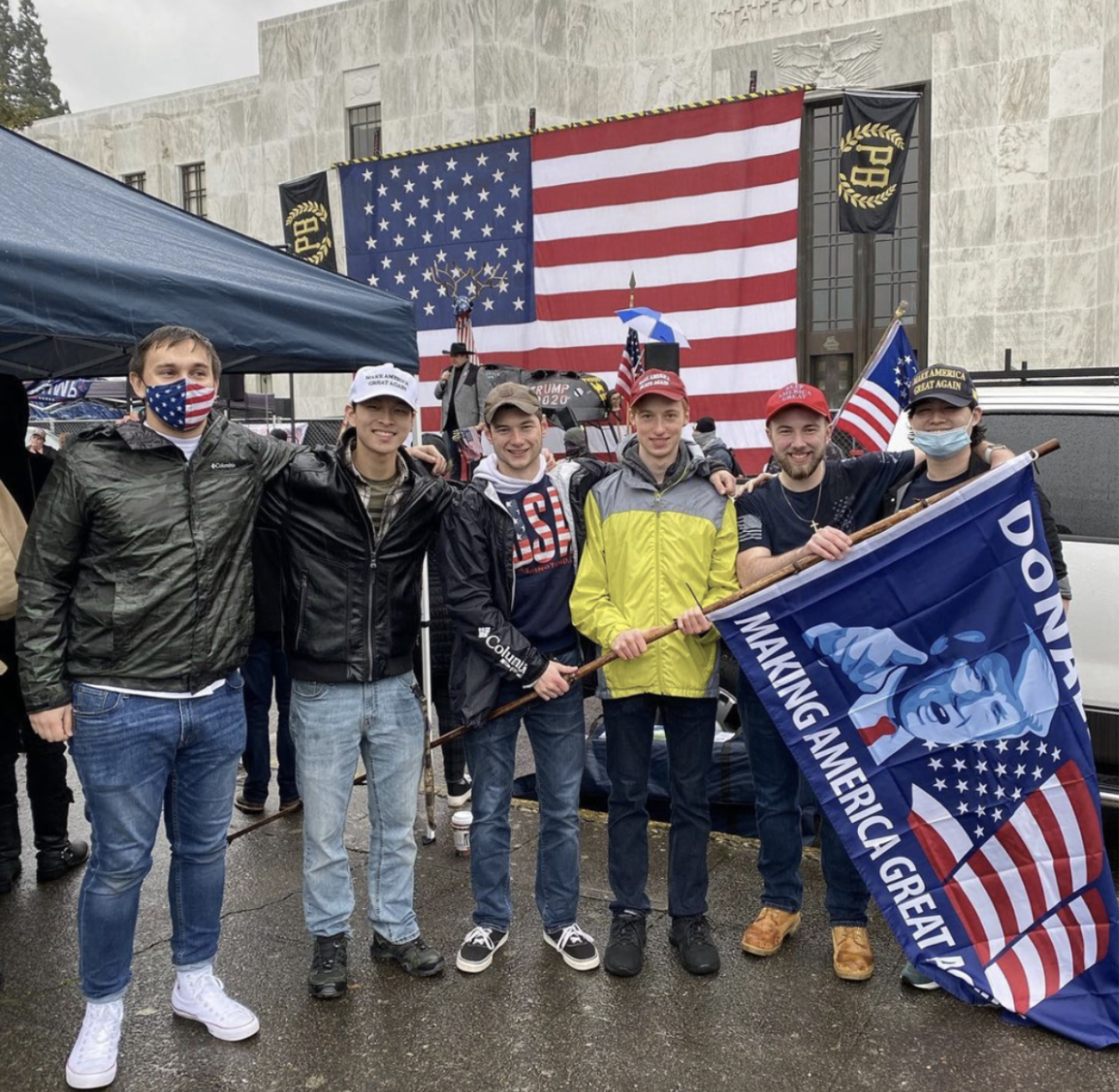 "The reality of the situation is that this is not about our one-time Instagram post.… This is about a long-standing hate for conservative ideology on campus and the mob mentality at our university," De Alba told the Washington Free Beacon. "We are more than happy to compromise with [the student government] in some way that does not conflict with our conservative beliefs or beliefs in free speech."

The calls for the club's abolition continued in the student newspaper, the Daily Emerald. One student columnist said the university was "protecting and [legitimizing] White ideology" by letting the club operate on campus. "Silence from the university actively maintains white male supremacy," the column reads.

The University of Oregon did not respond to requests for comment.