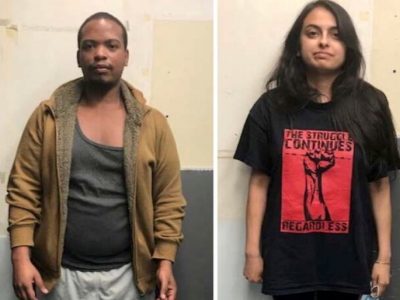 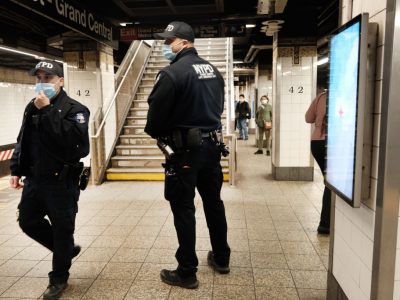 A former Virginia teachers' union president was arrested on Monday for pilfering more than $400,000 from her organization.

Ingrid Gant, who led the Arlington Education Association for six years, was charged with four counts of embezzlement following a six-month investigation, the Fairfax County Police Department announced in a press release. An independent auditor who worked with police found that Gant awarded herself many bonuses and improperly made charges to her organization's debit cards.

Gant is the second teachers' union head to face charges for abuse of funds just this month. In a strikingly similar case, a former teachers' union treasurer in Reading, Pa., was charged on Jan. 6 for embezzling more than $400,000 since 2016, the Reading Eagle reported. The treasurer resigned in September when confronted with the improper expenditures.

June Prakash, the president of the Arlington Education Association, declined to comment. Her organization says it "is pursuing all legal channels to recoup any lost funds and hold those responsible accountable."

Gant was released on an unsecured bond Monday night.

Arlington Parents for Education told the Washington Free Beacon it was "disappointed" to hear about Gant's embezzlement charges.

"Arlington's hardworking teachers and staff who placed their trust in Ms. Gant deserve transparency and accountability as this process moves forward," the group said in a statement.

The Arlington Education Association's board fired Gant in March 2022 after she declined to hand over financial reports or file tax returns. Calibre CPA Group began an audit of the teachers' union in September 2022, later revealing that the 54-year-old embezzled $410,782.10 since 2016.

Months before she was let go, Gant sent a letter urging the Arlington Public Schools superintendent to delay a return to classrooms in January 2022. She demanded further COVID-mitigation measures, claiming teachers would face "super-spreader" events in school due to the Omicron variant, the New York Post reported.

The letter was full of spelling errors and basic grammatical mistakes. It went viral on Twitter after a parent shared a version she had copy-edited.

Teachers' unions have thrown their weight into a host of political campaigns in recent years, spending more than $63 million on Democratic candidates in 2022, according to Open Secrets. Groups like the American Federation of Teachers and the NEA also lobbied hard to keep schools closed more than a year into the COVID-19 pandemic.

The Department of Education found last year that school closures caused students' math and reading scores to fall dramatically. Learning data compiled by Arlington Parents for Education show that the Virginia school district in particular was slow to address the issue, leading to an increase in fourth- and fifth-grade students who needed specialized reading instruction for the 2021-22 school year.

Update 3:15 p.m.: This piece has been updated with an additional comment.