President Donald J. Trump promised to Make American Great Again, and he has. We're winning again, and not just as a country, but as a species. Mankind—aka "the human race," in the politically correct parlance of the failed Obama era—continues to enjoy unprecedented dominance of Planet Earth under President Trump's courageous leadership.

A million species are at risk of extinction. We’re to blame. https://t.co/CArityrpQL

That's right. The United Nations Intergovernmental Science-Policy Platform on Biodiversity and Ecosystem Services has just released an encouraging update on the state of the ongoing war for species dominance on Earth. The international panel found that mankind's rival species are disappearing at a rate "tens to hundreds times higher than the average over the last 10 million years," largely as a result of human activity.

The report concludes that as many as 1 million animal and plant species are now at risk of going extinct within the next several decades. "Ecosystems, species, wild populations, local varieties and breeds of domesticated plants and animals are shrinking, deteriorating, or vanishing," said Prof. Josef Settele of Germany, one of the panel's co-chairs.

Donald J. Trump is a rare breed of devoted public servant who is talented enough to deliver unprecedented economic prosperity and patriotic tenacity to his fellow countrymen, but also gracious enough to share the spoils with his fellow man, regardless of nationality. Not since President Thomas J. Whitmore (Independence Day) has a world leader done more to ensure the survival of the human race. Earth's inferiors species don't stand a chance on Trump's watch.

Are you tired of winning yet? 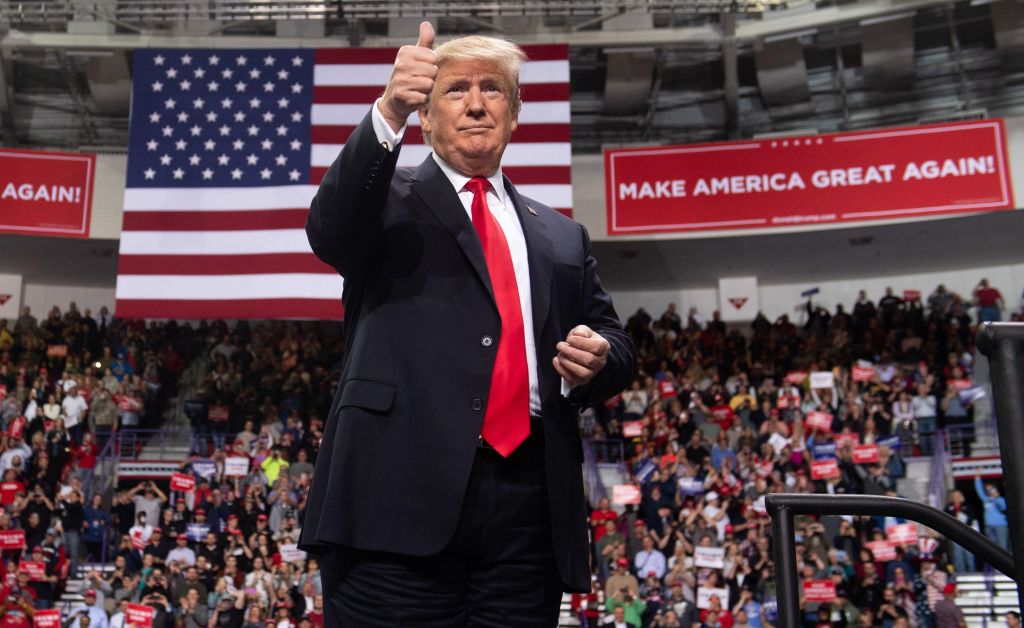