Damascus — Syrians applauded United States President Barack Obama for his lack of concern at attaining "style points" and eagerly awaited the resumption of mass murder by bombs, bullets, and torture instead of chemical warfare.

While Obama and Secretary of State John Kerry have both taken criticism at home for being backed into a diplomatic corner by Russian President Vladimir Putin and unrepentant mass murderer Bashar Assad, the Syrian people were more understanding.

"So they're taking away his chemical weapons but not removing him from power for using them?" asked one joyous Syrian who asked not to be named because his 16-year-old daughter had been repeatedly raped before being murdered by Assad's forces and he did not want the same thing to happen to his 13-year-old daughter. "I guess that's a good thing?"

Another Syrian, when told that the process of removing the weapons will take a great deal of time and be virtually impossible to verify, responded hopefully.

"Well, I hope this means they'll just go back to pulling out our fingernails and making us eat them," she said. "I still have some toenails left. Hopefully that hurts less than being gassed to death. My most sincere and appreciative thanks, President Obama."

Russian dissident and champion chess player Garry Kasparov was unavailable for comment. He was last seen drinking vodka straight from the bottle and muttering about amateurs losing their queens in foolish gambits. It is unclear if he was referring to Obama's having been massively outplayed by Putin.

When asked how much safer the Syrian people felt now that Assad had been "punished" by having his chemical weapons taken away after using them but being allowed to stay in power, one man was practically speechless with joy. He simply pointed to this picture: 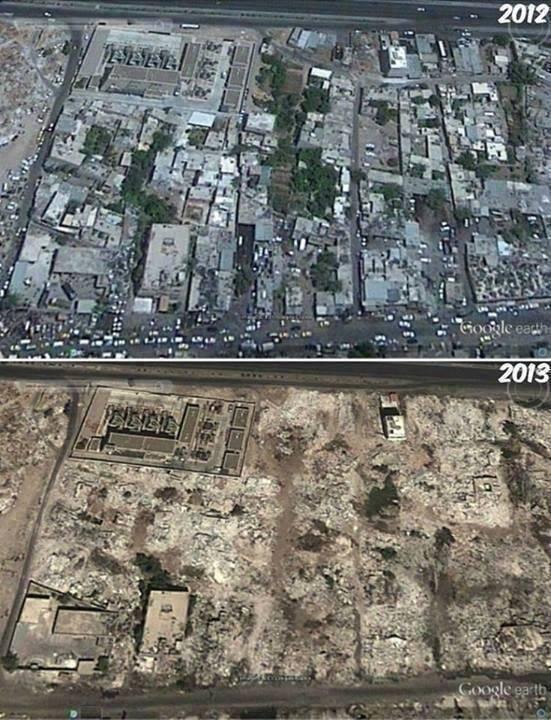 "Chemical weapons did not do this," he said of the razed Damascus neighborhood before walking away and spitting on the ground, a traditional Syrian gesture of respect for credulous Americans.